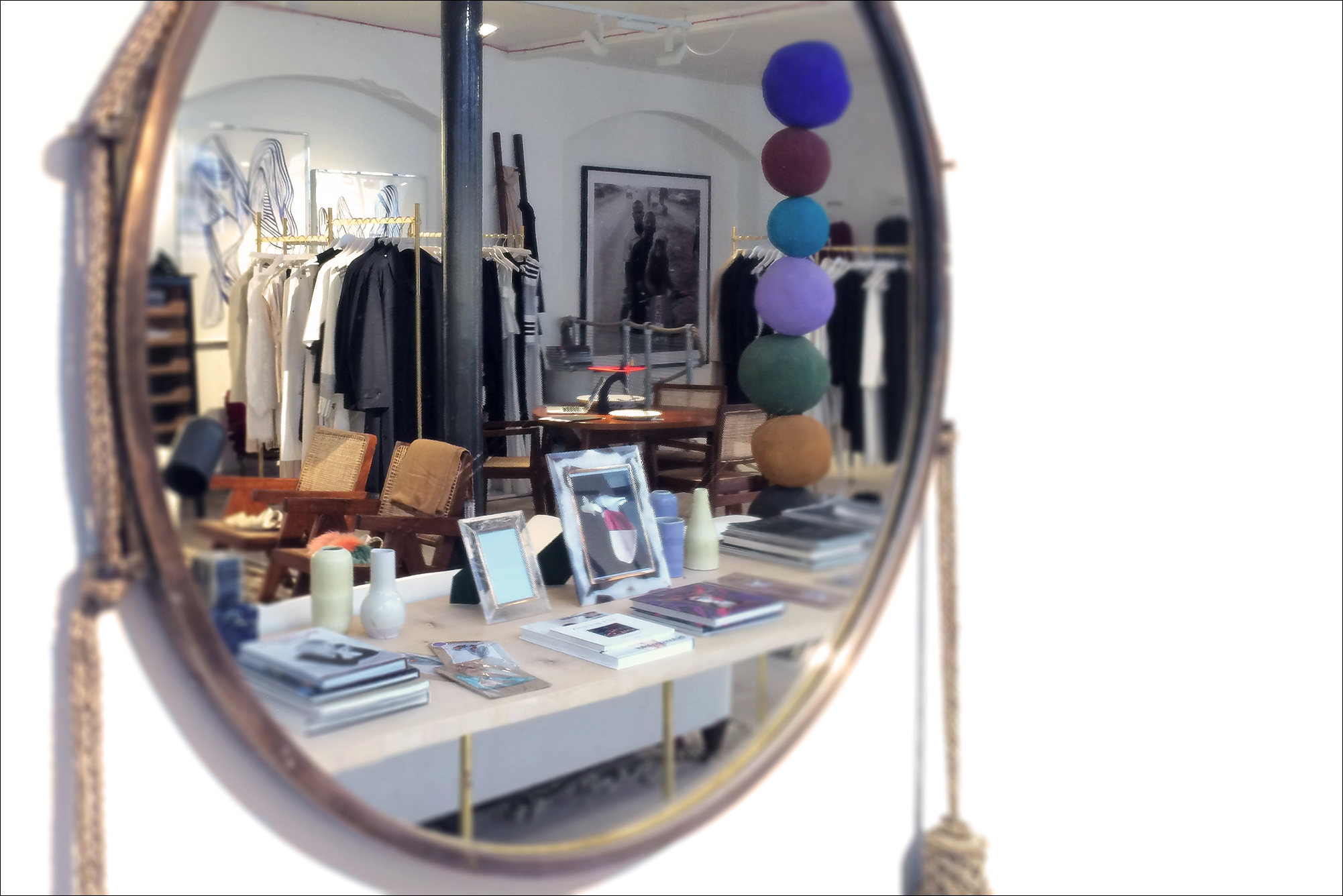 You don’t visit the Alex Eagle Studio to go shopping. Which doesn’t sound like something you’d write in a business plan for a retail store. But the concept really works.

Alex is the creative mind behind the Stores at Soho House Berlin, Soho Farmhouse in Oxfordshire and 180 The Strand in London, set to be re-opened in January 2017. The idea is the same for all locations: To create spaces that aren’t mere shop floors but very tastefully furnished homes. Or, as she says herself, „hang-outs“. You walk in to her Studio, take a seat on one of the sofas, flick through a magazine, look at the art prints decorating the walls, maybe meet a friend. All of which puts you in such a good mood that you might as well try on a dress or two, because those dresses are beautiful after all. Alex has picked the same brands for her shop that make up her personal wardrobe, with favourites like Lemaire, Pallas or Rosetta Getty, Vita Kin, Kéji Denim and Courrèges. The clothes rails aren’t packed and the selection is so on point that everything magically matches. Her title might be creative director, but you should imagine Alex more as a curator of fine things. Such expertise, and the quality of what she picks, has its price. Because you can obviously buy everything you see – from the clothes, the Beni Ouarain rug in the changing room and the Andrianna Shamaris side tables used to display slippers from Le Monde Beryl, to the sofa you’re sitting on while reading the latest issue of Cabana magazine, the reading lamps from Castor Design and vases from Tortus Copenhagen, to the David Sims photograph of Linda Evangelista hanging over the turntables and music from the Vinyl Factory that’s the store soundtrack. Le Monde who? Castor what? Andrianna huh? I was only familiar with half of the designers and talents that Alex selects for the Studio and that’s what makes a visit so special. It’s about discovery.

My favourite discovery was her own brand. Alex has designed a namesake line of pieces that are quiet, smart and very covetable. My friend Elisabeth described it so perfectly that I can only repeat what she said: „It’s fashion that doesn’t want anything from you. Not to be on trend. Or daring. Or fashionable. It just wants you to feel beautiful.“

The Alex Eagle Collection is also available at The Stores. But I’d still recommend visiting her Studio. Not because you necessarily need anything. Just because it’s always good to dream a little. 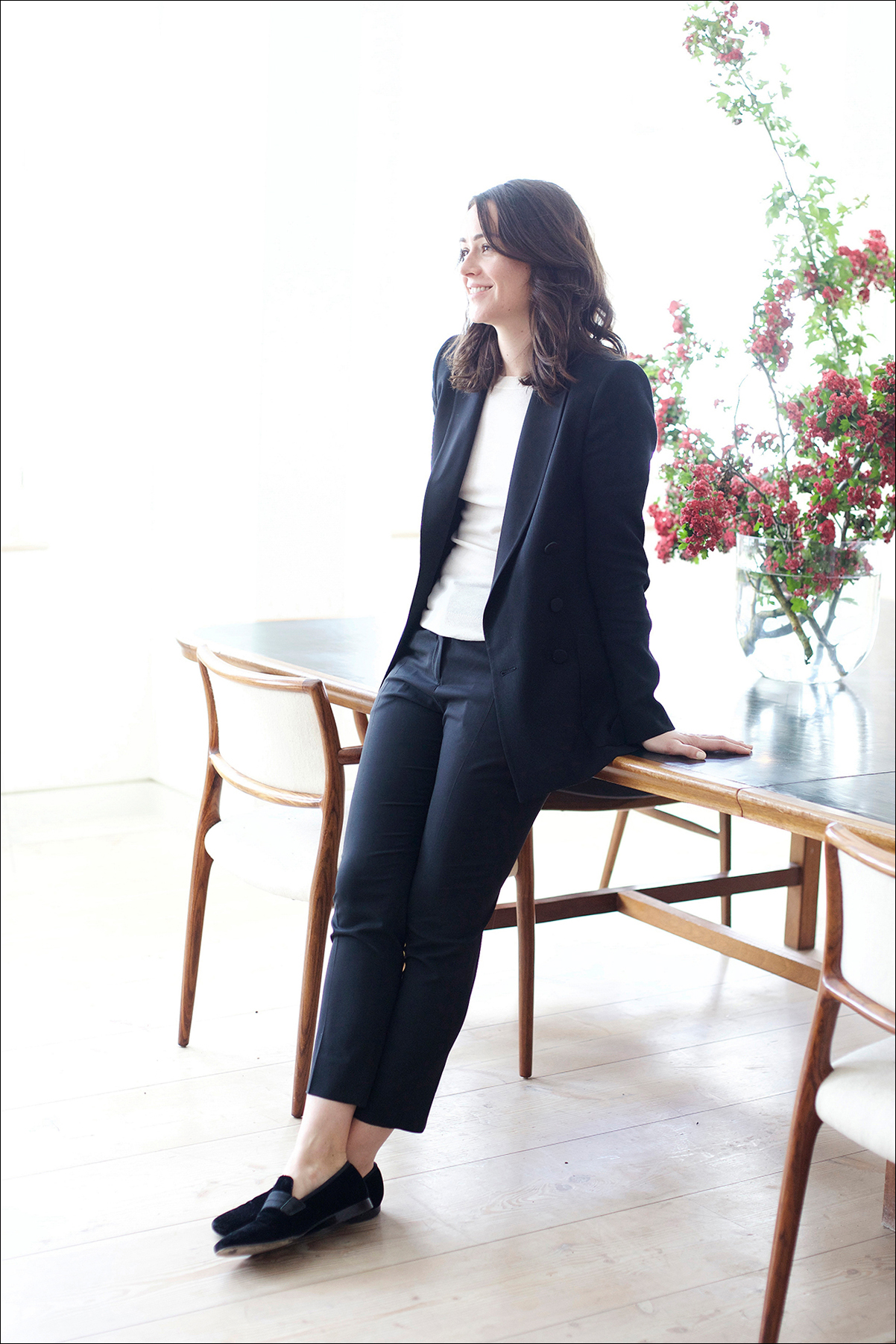 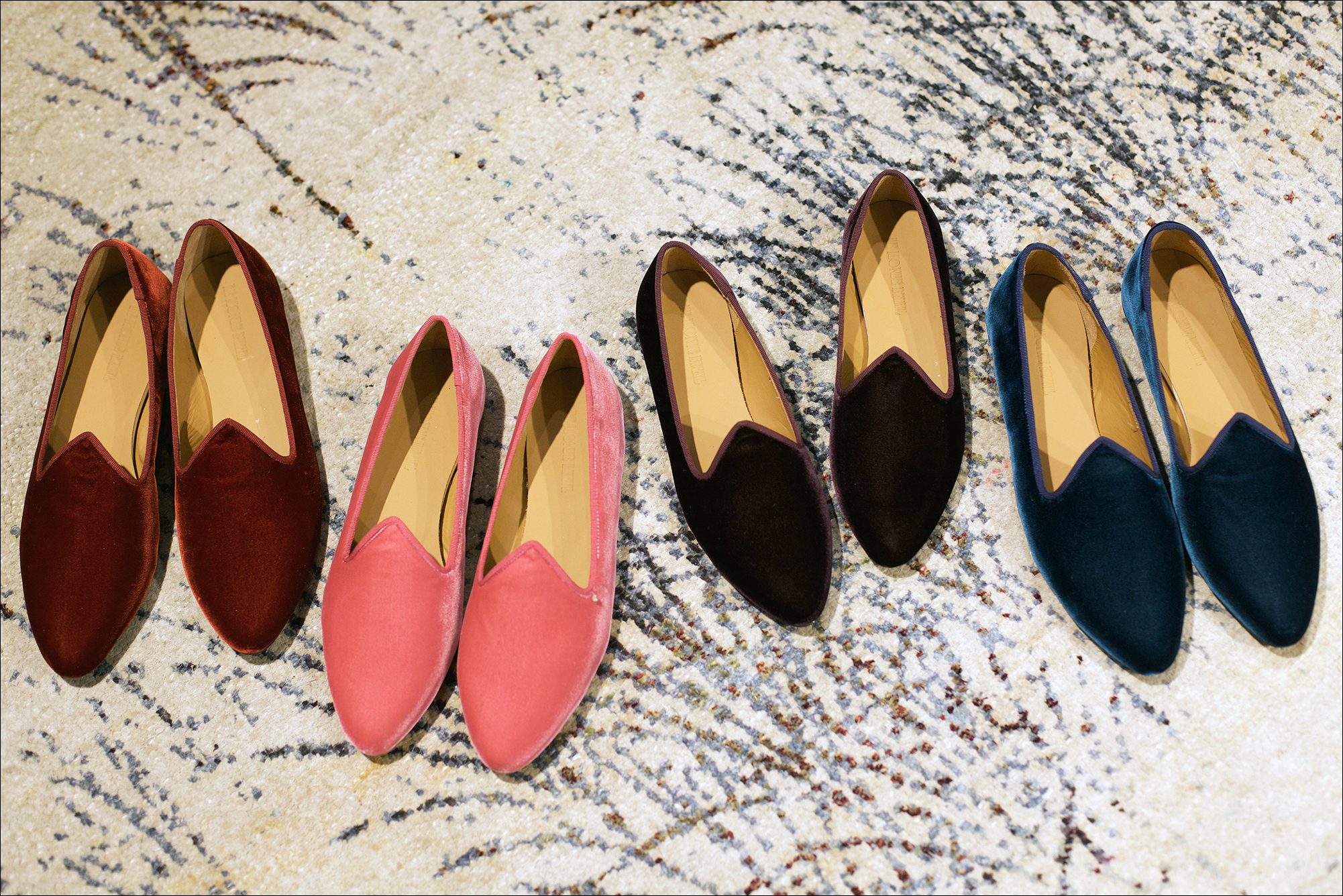 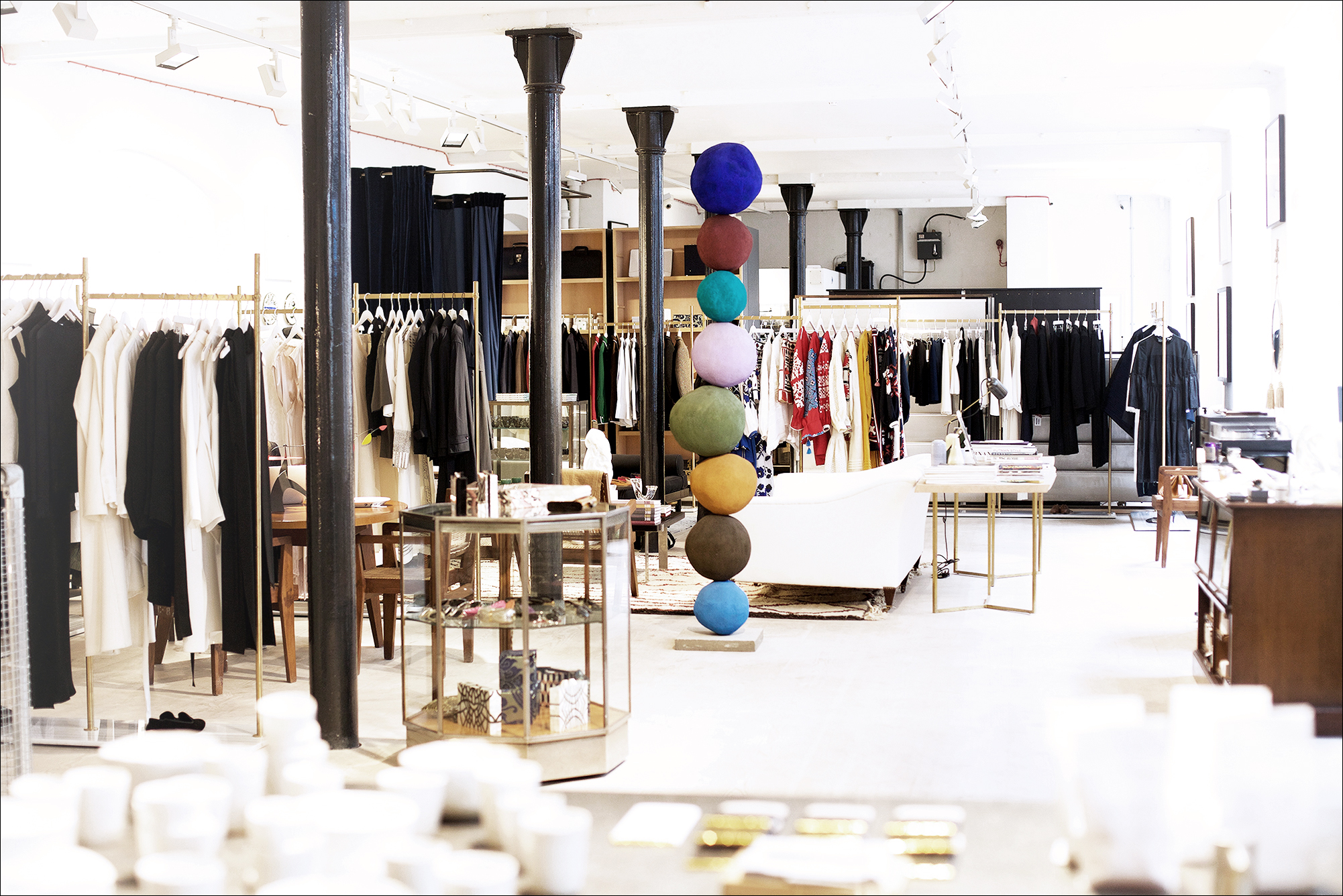 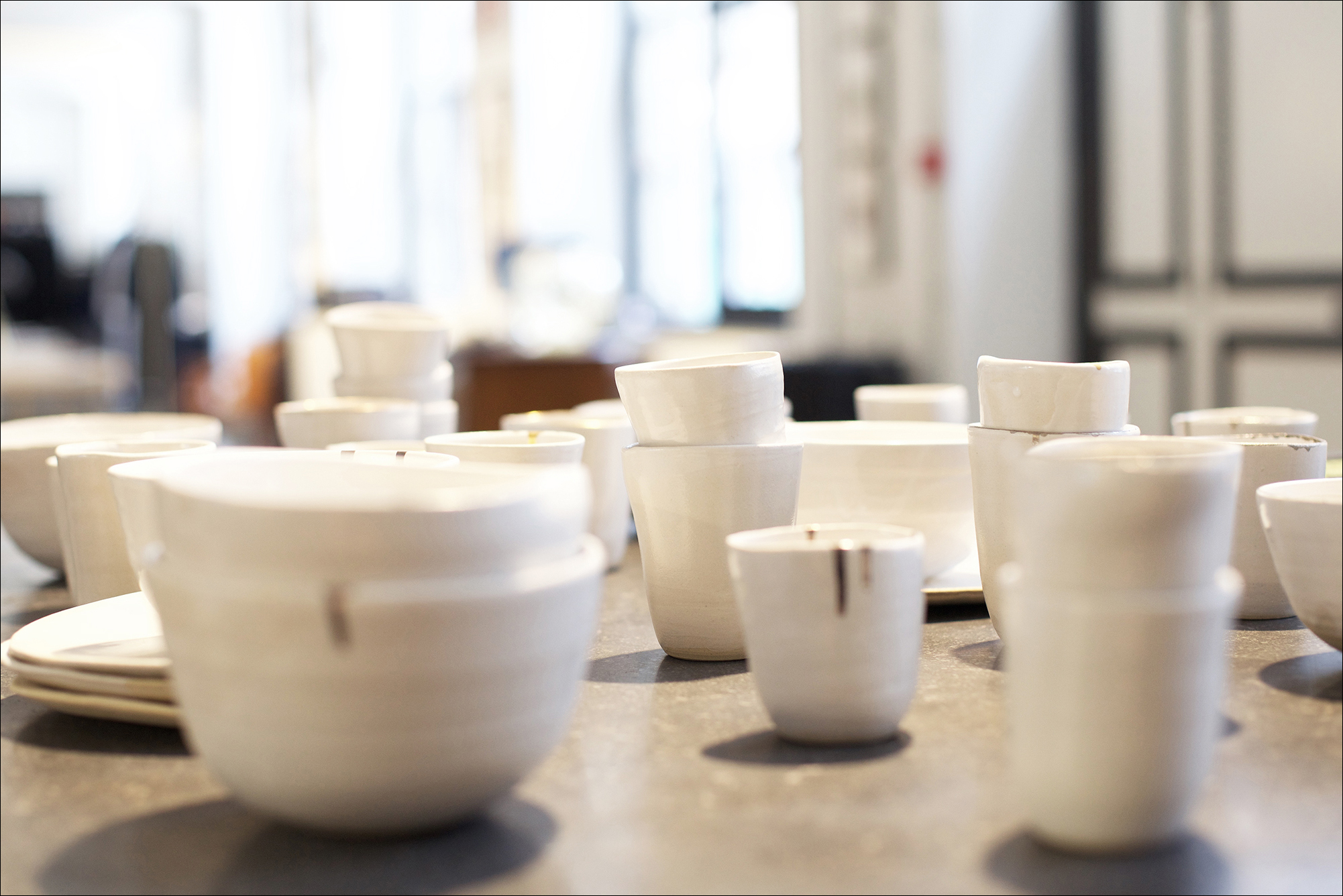 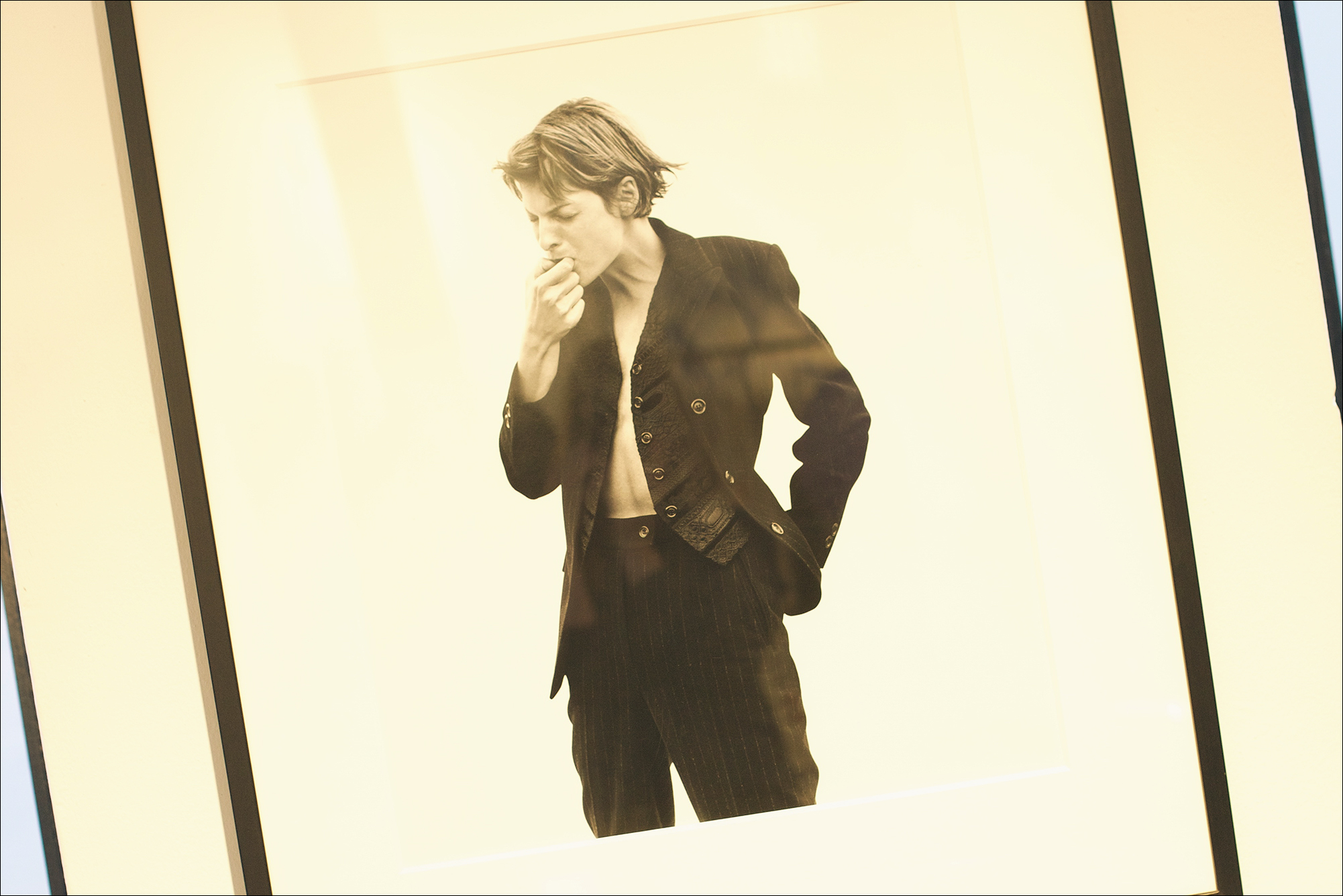 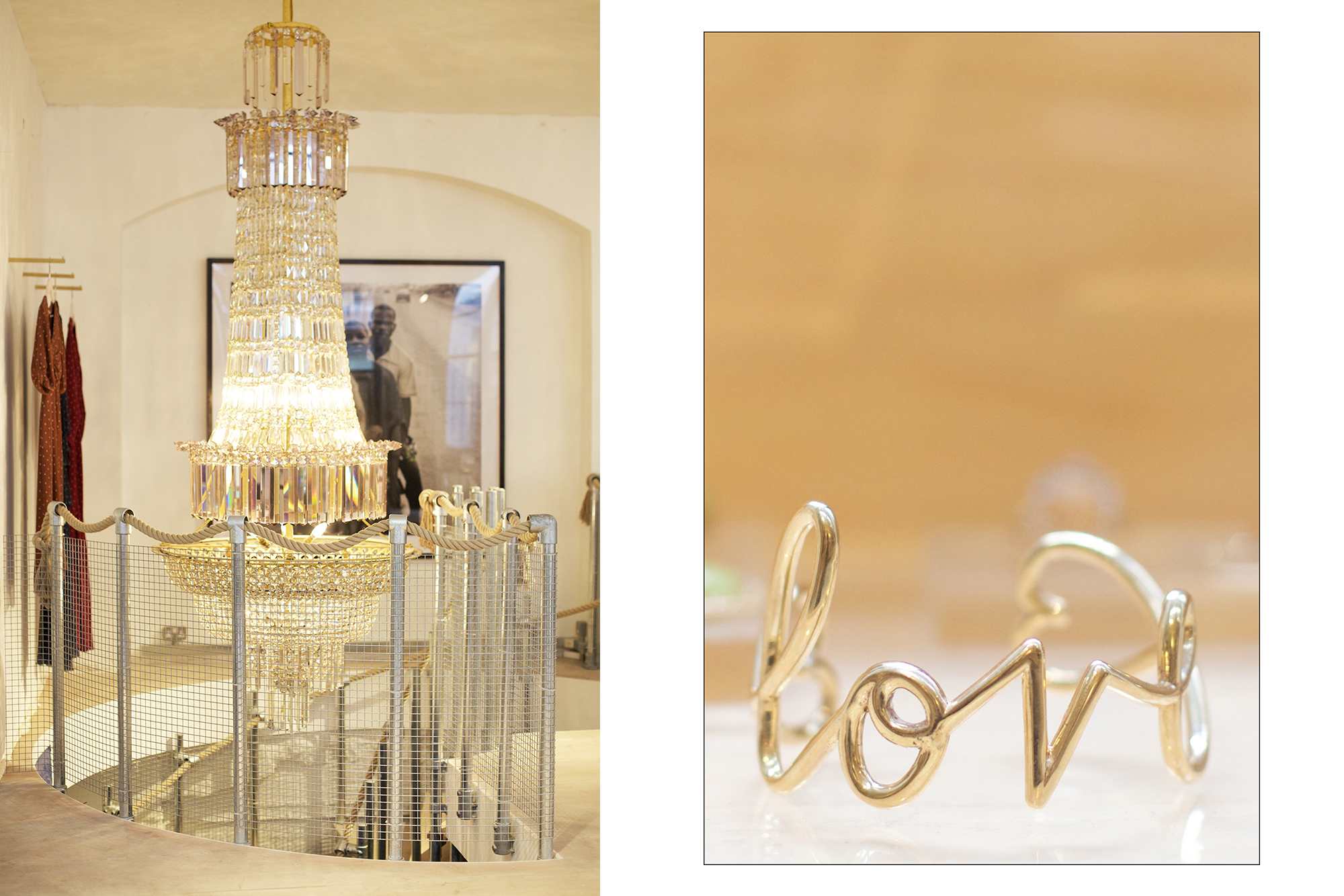 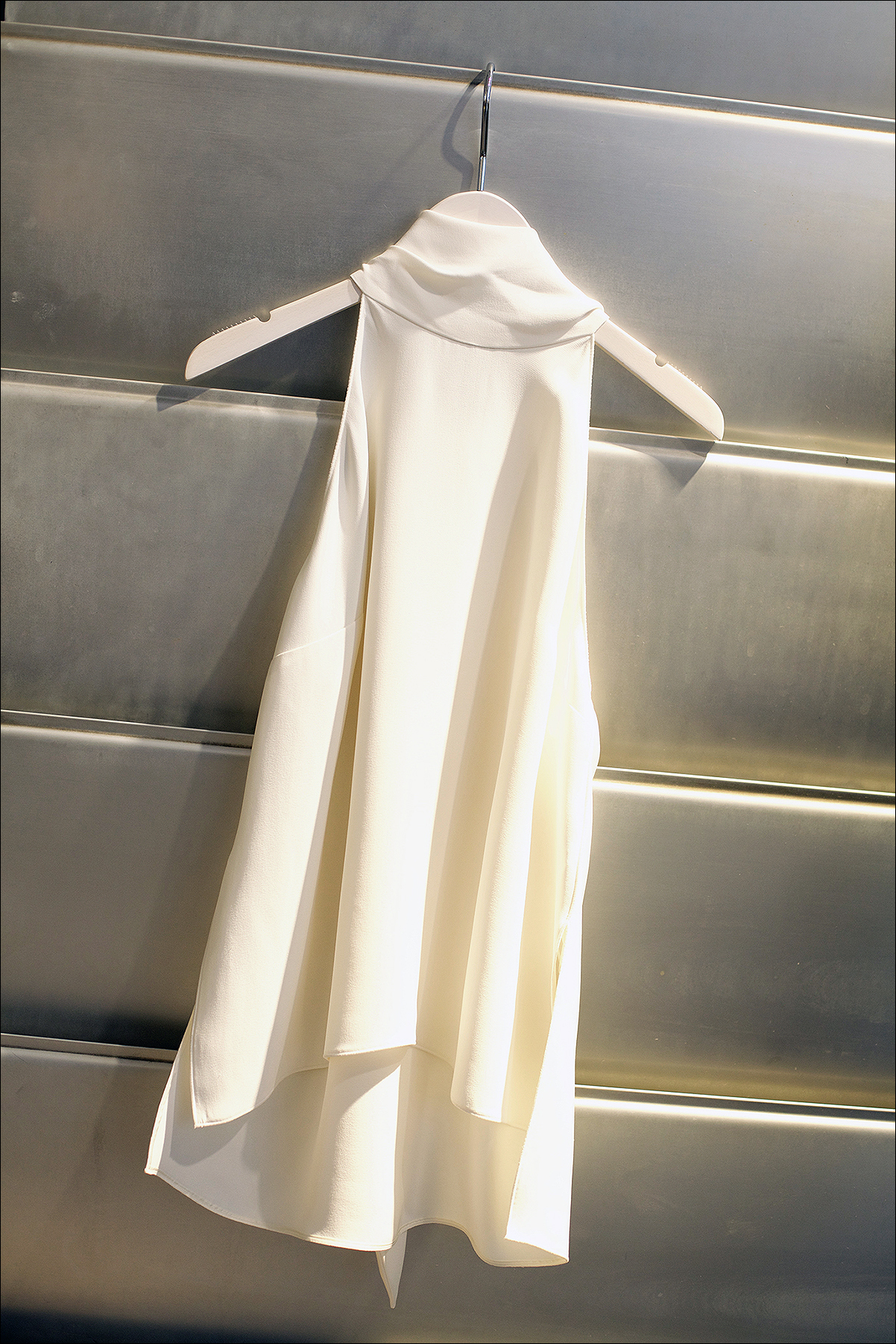 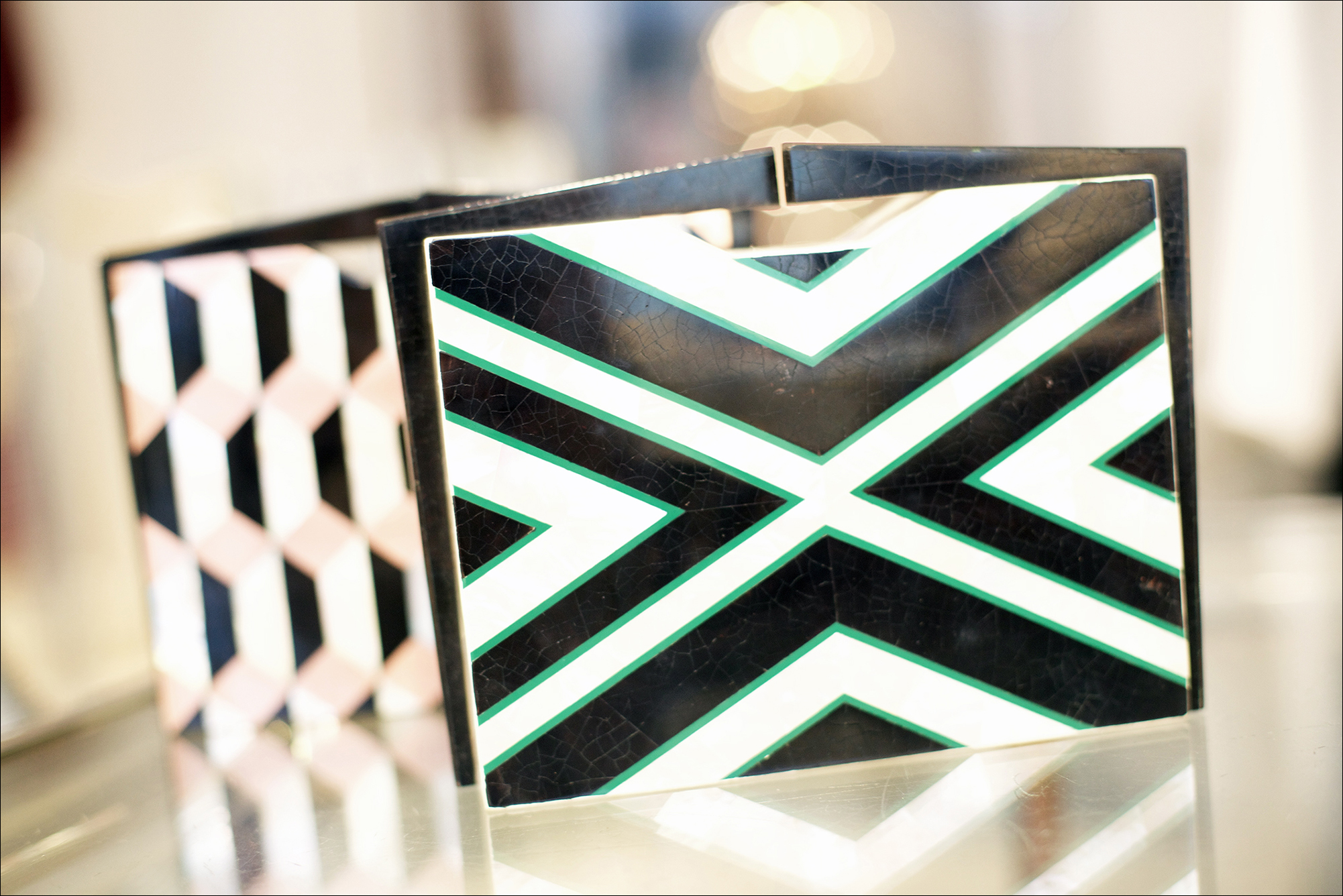 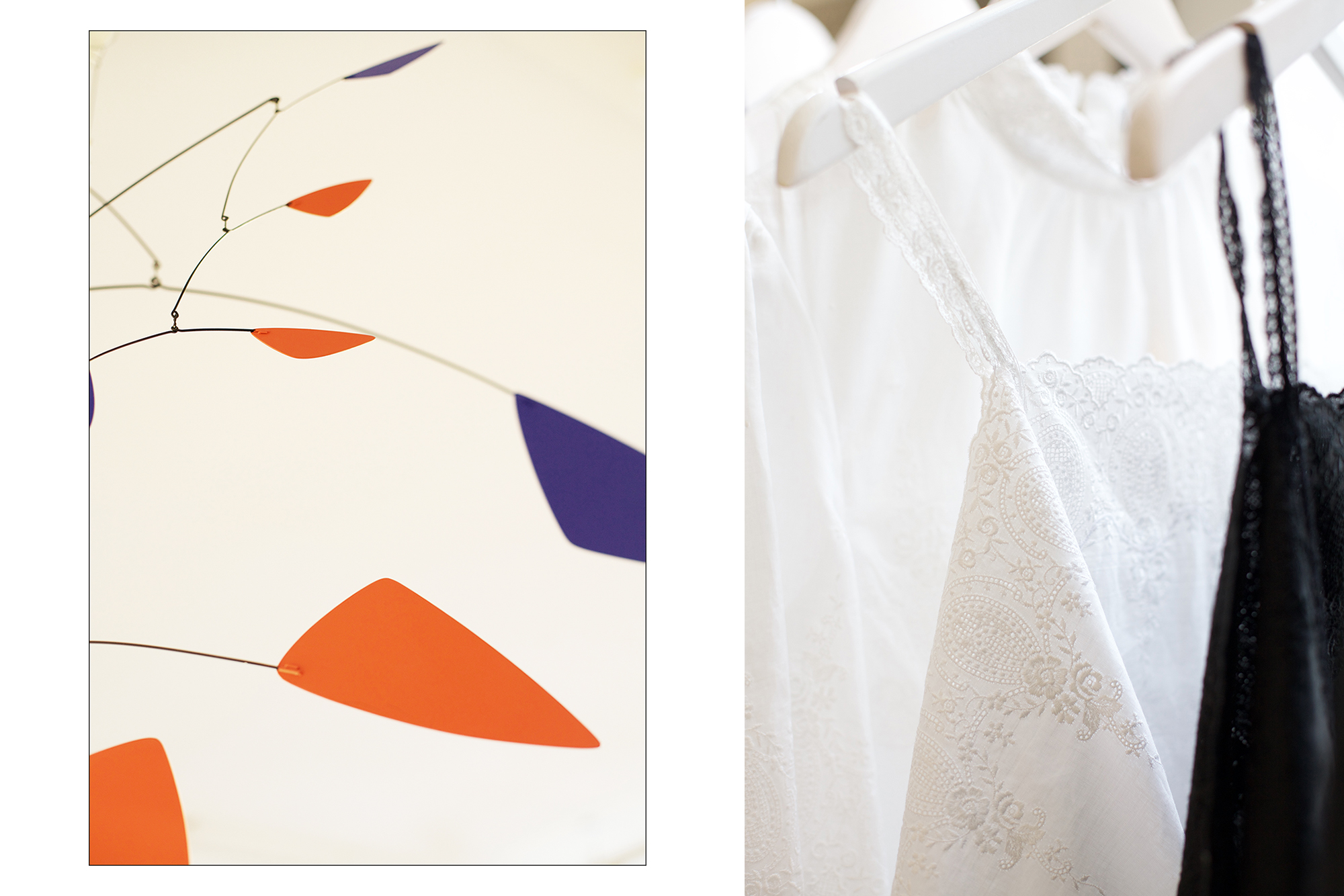 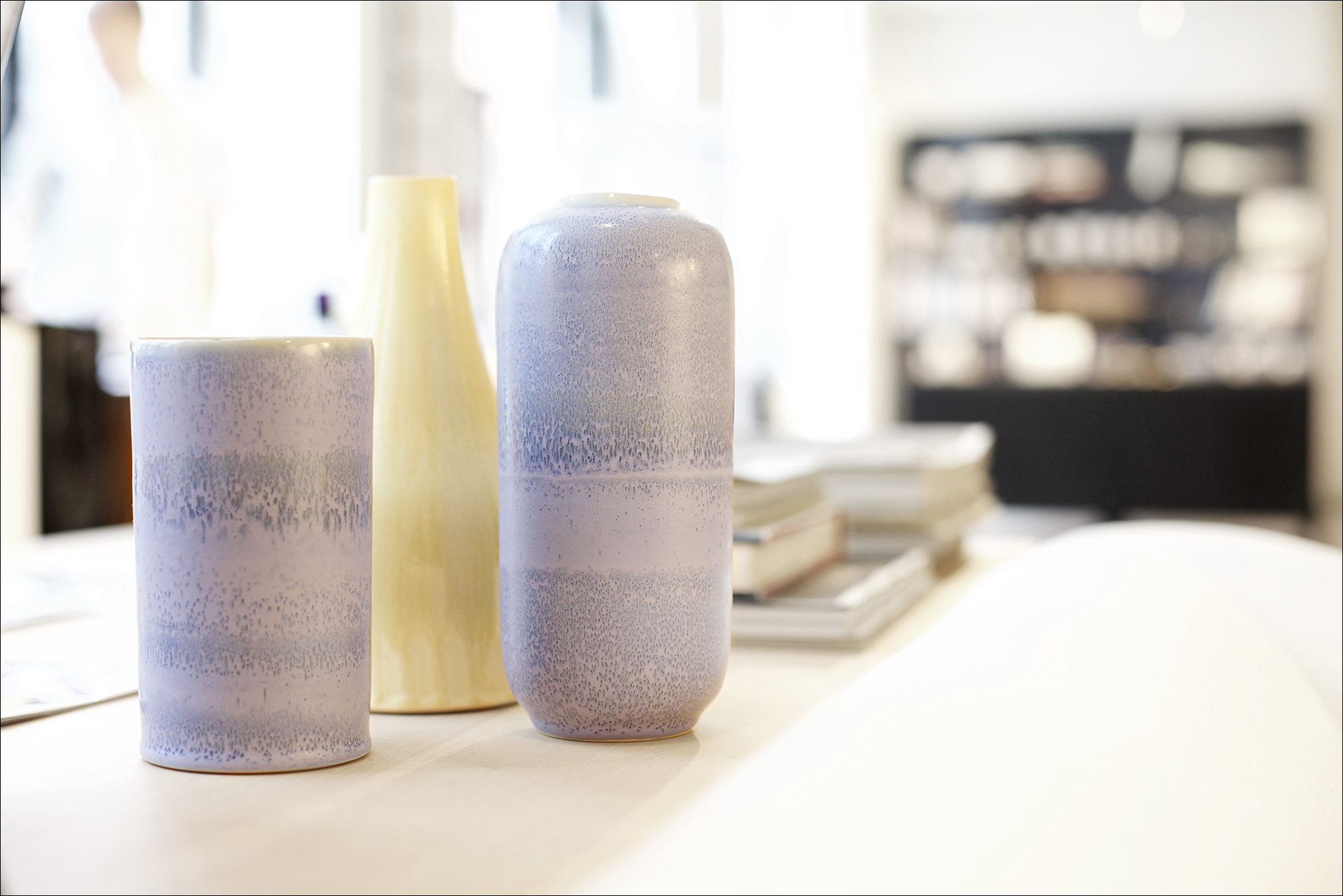 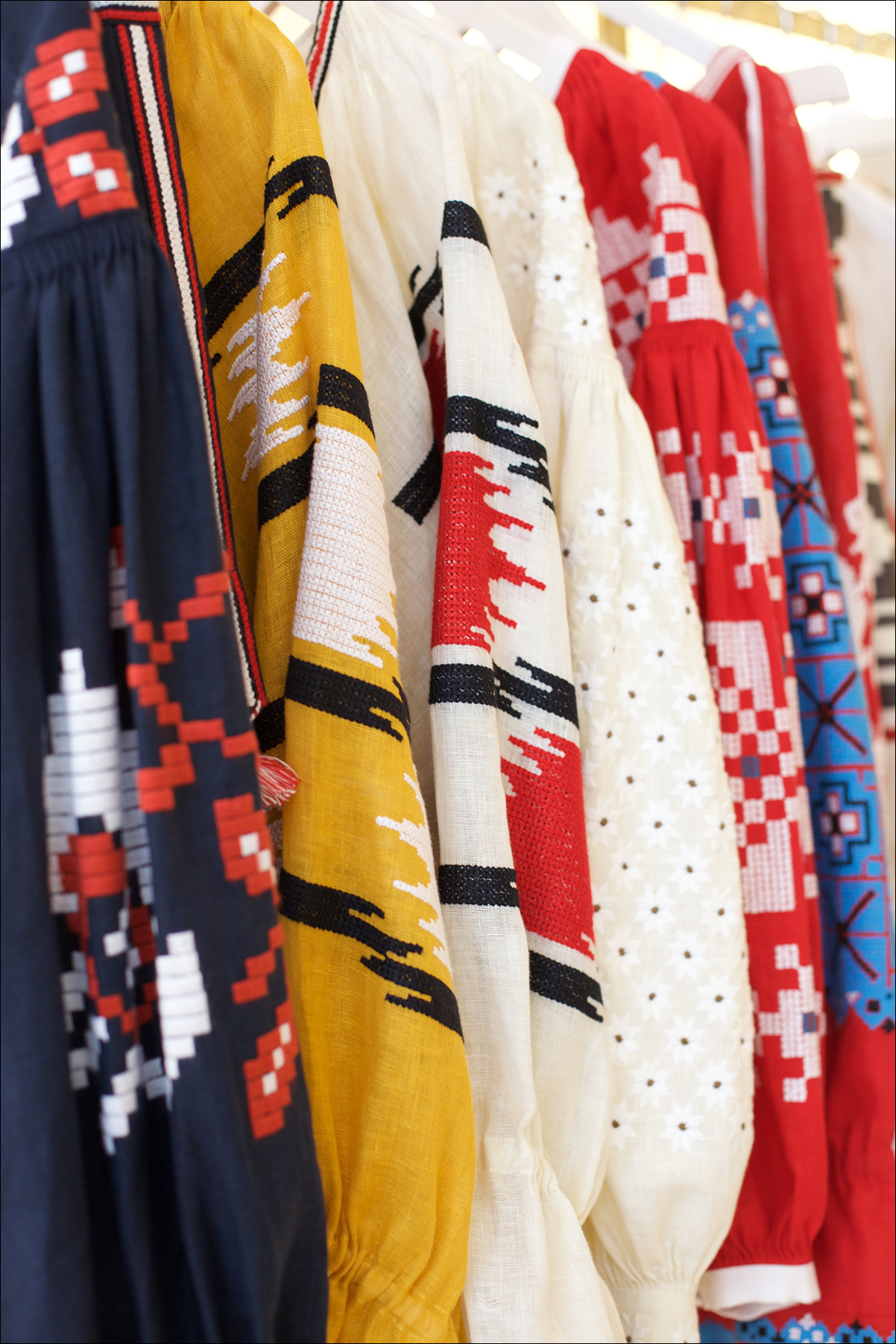 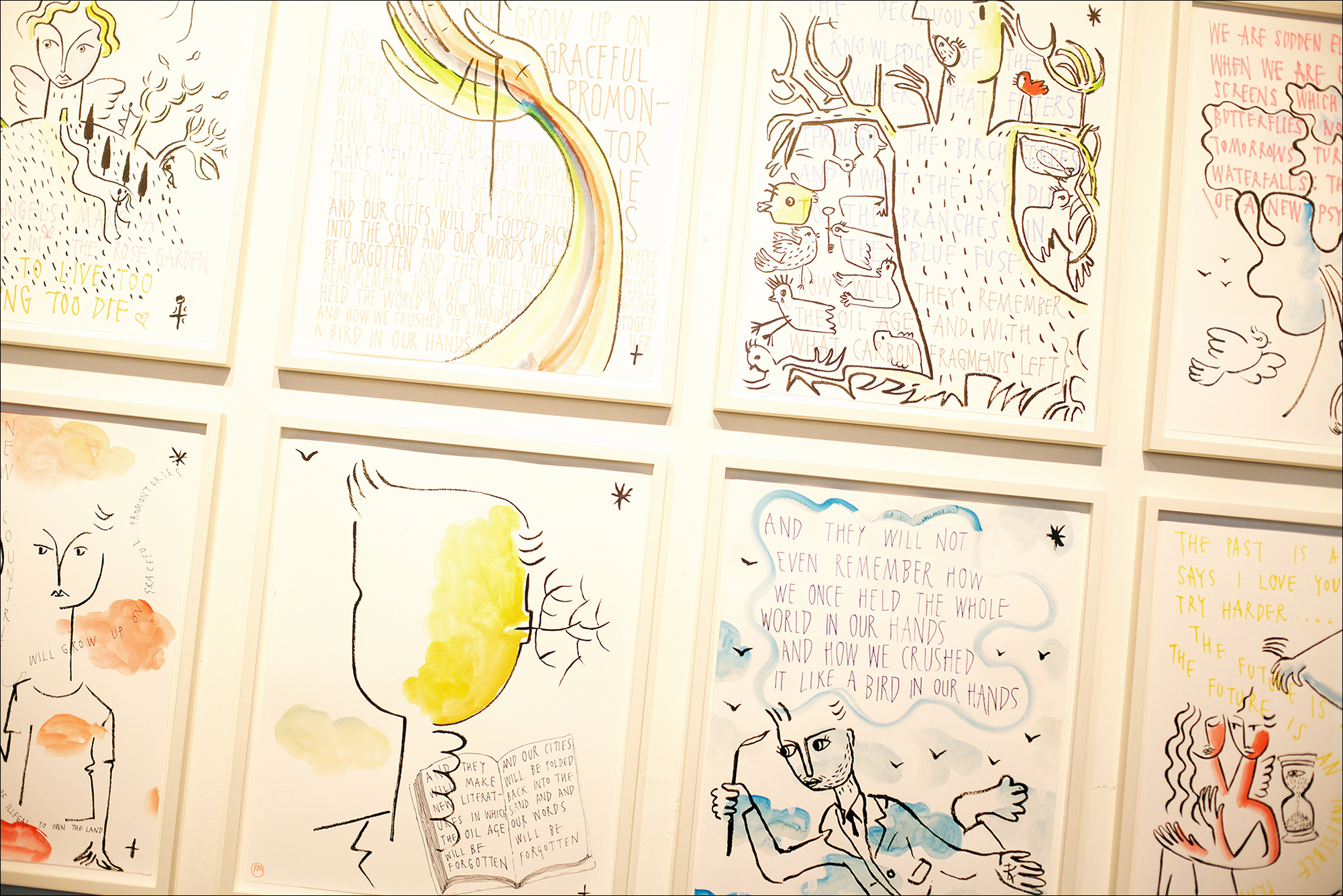 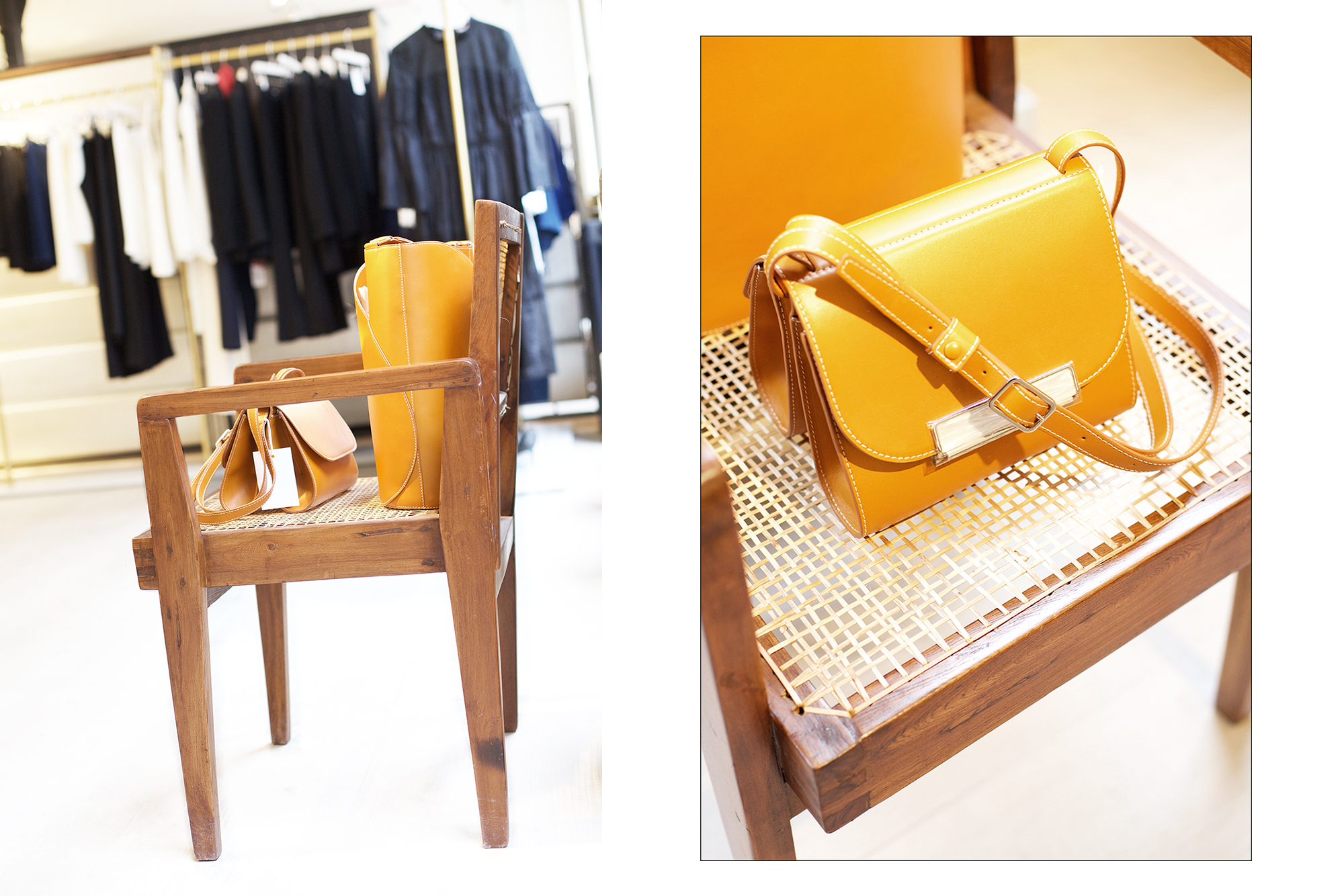 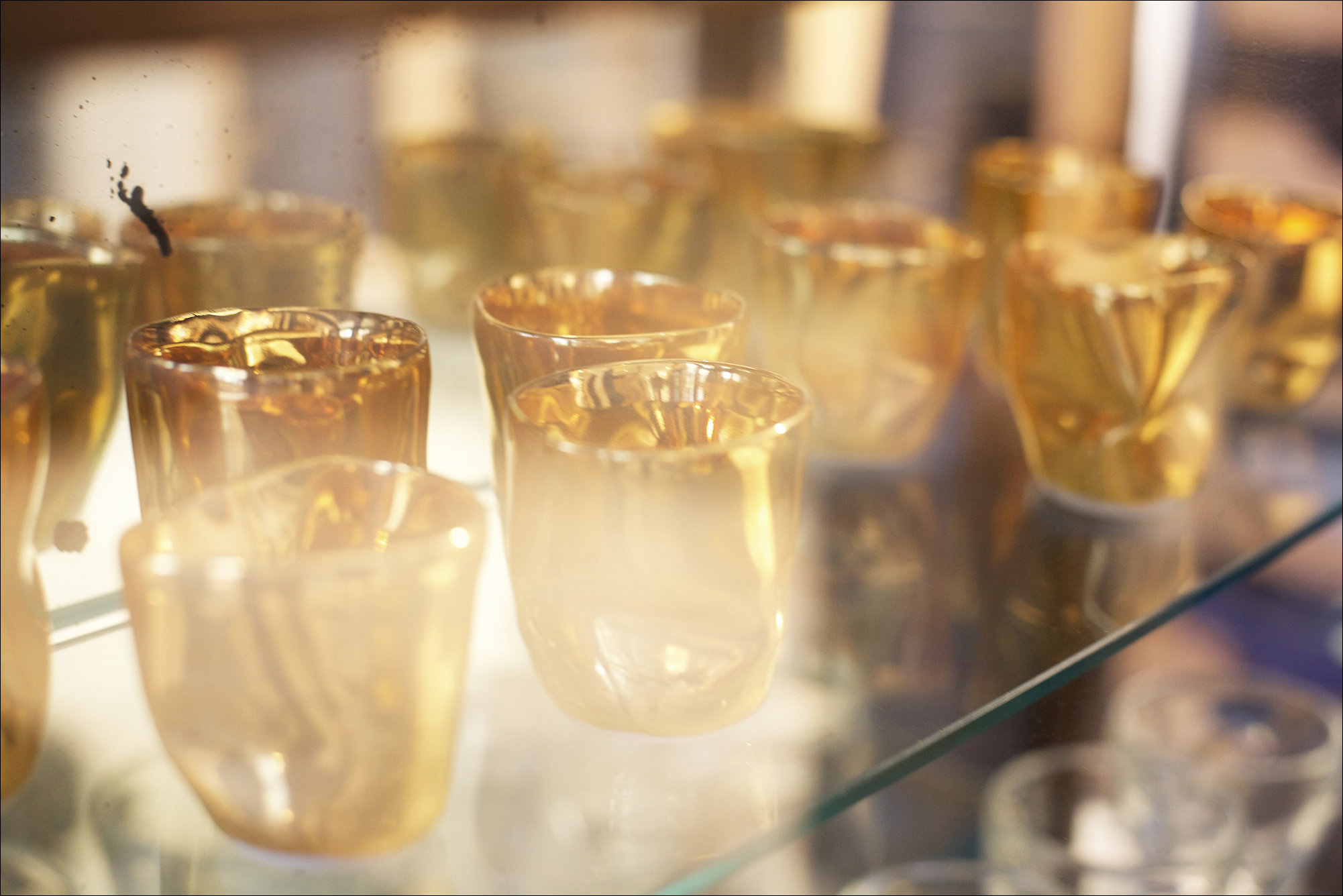 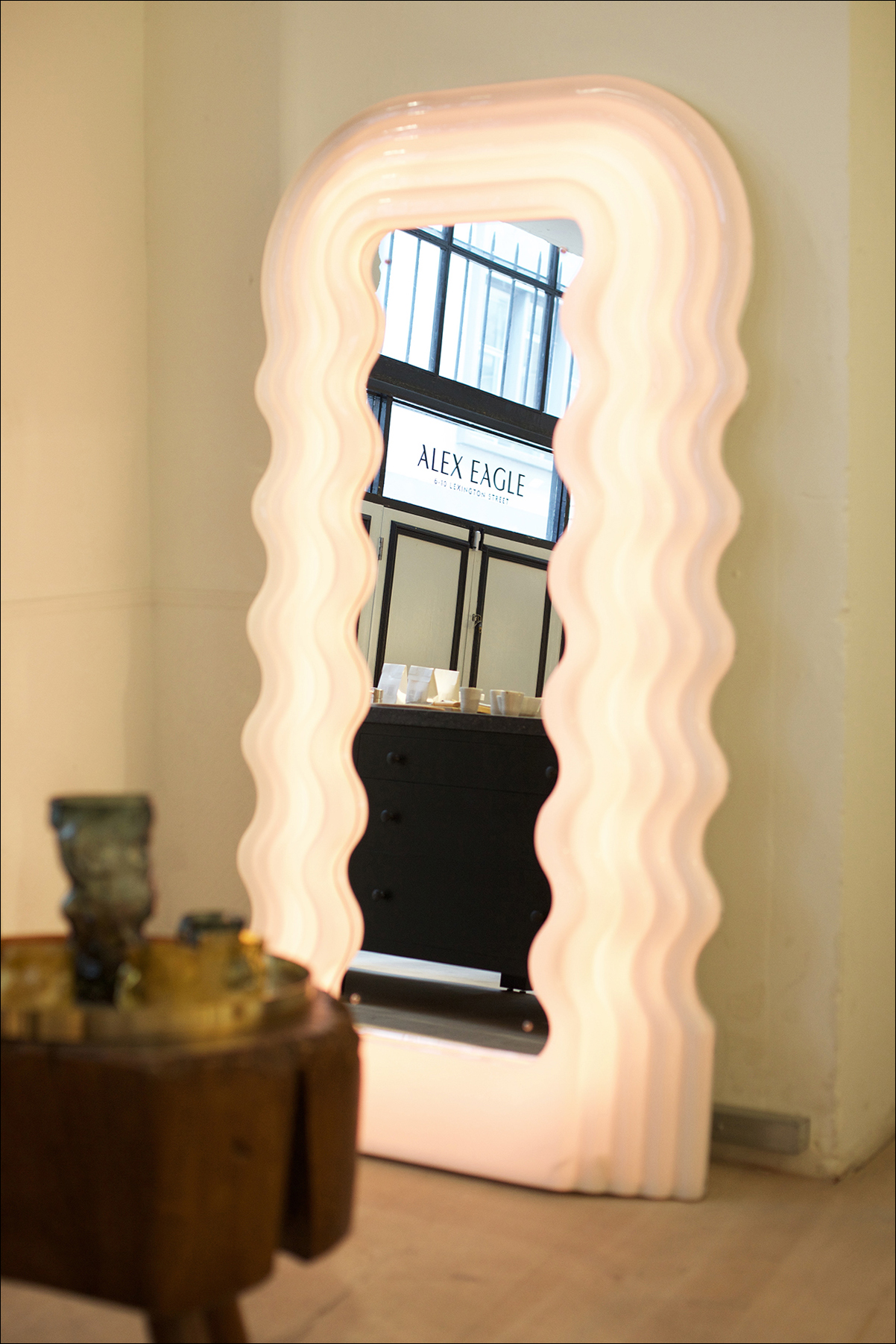 This entry was posted in design, fashion, hers, shops and tagged Alex Eagle, Alex Eagle Studio. Bookmark the permalink. Post a comment or leave a trackback Trackback URL.