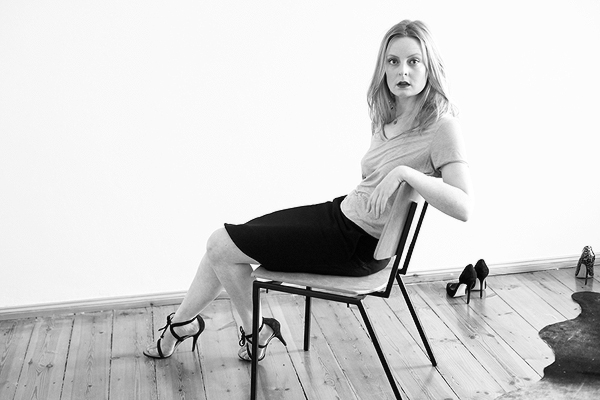 Here’s the next basic from my closet: the black skirt. You can see that, obviously. But this isn’t all about a skirt. There’s something else going on in these pictures, which is that they were taken on a day when I didn’t feel at all as tough as I might look here. Rather the opposite. I had just spent 72 hours straight in front of the computer, I had a cold, it was ten below zero outside and it seemed like I hadn’t seen even a bit of blue sky in weeks. I had enough of winter, enough of being sick and, most of all, enough of my own whining. So before the cabin fever could really get to me, and instead of heading straight to my desk that morning, I played dress-up for half an hour. Seriously. What would I wear if it were a Saturday in summer and to-do lists didn’t exist? Exactly this. I don’t know what you do against that feeling of going to seed in winter (although, please, tell me!), for me, putting on something nice really does the trick.

Besides, I wanted to wear this skirt, dammit, even if it was only for 30 minutes in my own bedroom. Surely, you know how it feels? When you want to wear that new thing you bought immediately? I always do. Especially this skirt, which took me forever, alright: a year, to find. You wouldn’t think it’d be too difficult. But then you’re in the changing room for the 13th time with a black skirt and what you see in the mirror is not “French Vogue editor” but: local bank branch manager.

I had resigned myself to the fact that the skirt I had in mind maybe just didn’t exist. And then I saw it hanging on the sales rack at Comptoir des Cotonniers. It’s simply perfect: knee-length, with a rounded seam and shirttail bottom, two pockets and belt loops. Paired with a thin t-shirt and heels, done.

And so, in the end, I did feel a lot better, and a little tougher, when I changed back into my ol’ jeans and my “I-work-from-home-sweater” and sat back down in front of the computer. 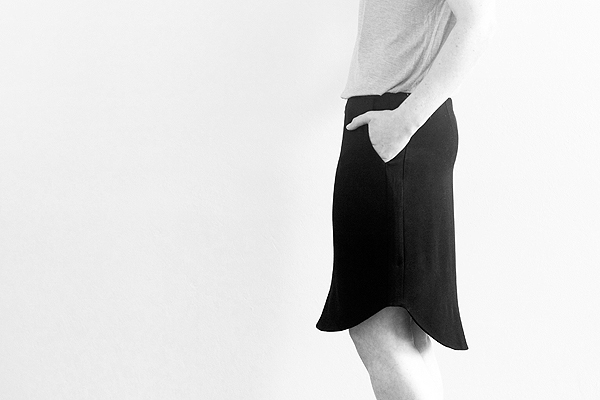 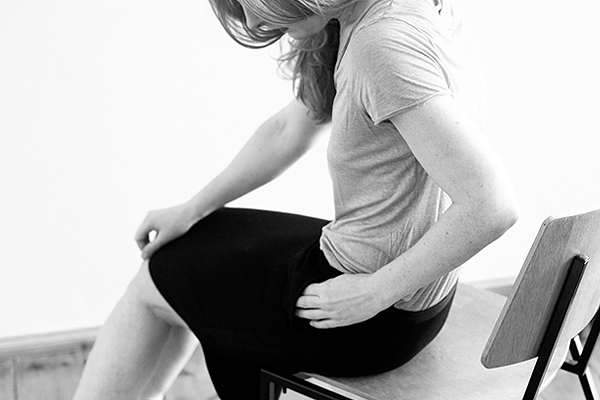 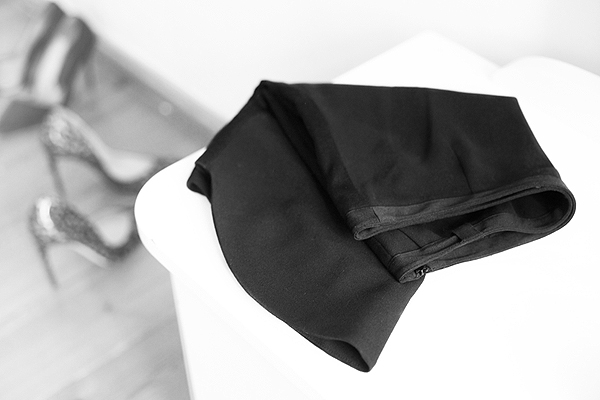 This entry was posted in basics, fashion, hers and tagged black skirt, Comptoir des Cotonniers. Bookmark the permalink. Post a comment or leave a trackback Trackback URL.