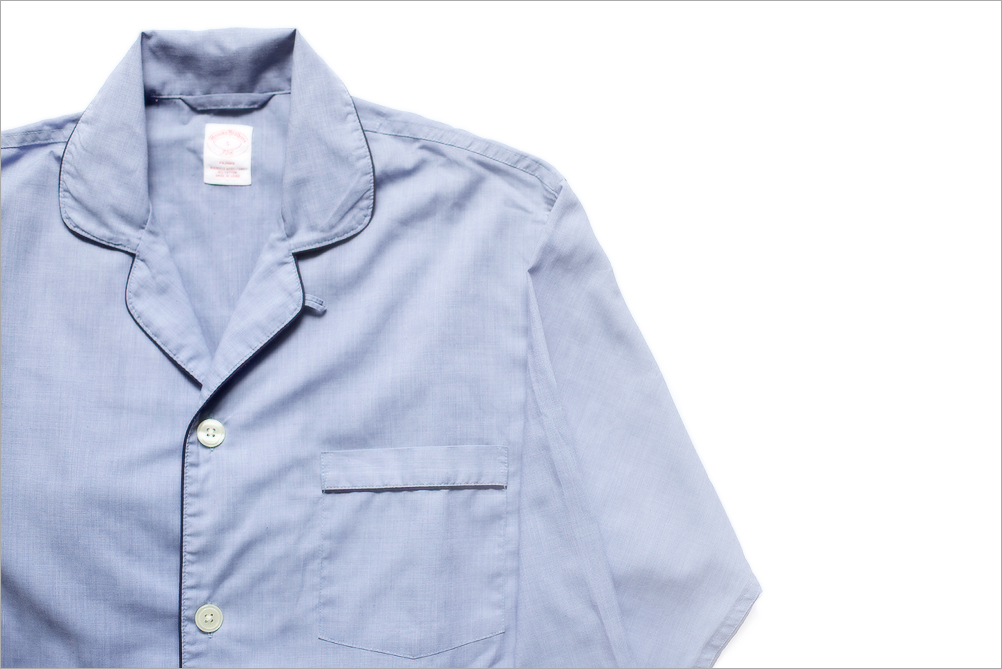 Confession: last night I went to bed in a pair of jogging bottoms and an old t-shirt. This was not an exception. Sure, it’s possible to sleep like that. But wouldn’t it be nicer in a proper pyjama? Like the one James wears from Brooks Brothers. I brought back a pair for him from England a few years back and I should’ve gotten one for myself. There’s something celebratory about getting dressed so neatly for bed, much like Don Draper in the 1960s (except we don’t smoke or drink Whiskey in bed).

I’d hop into bed with any of these five. 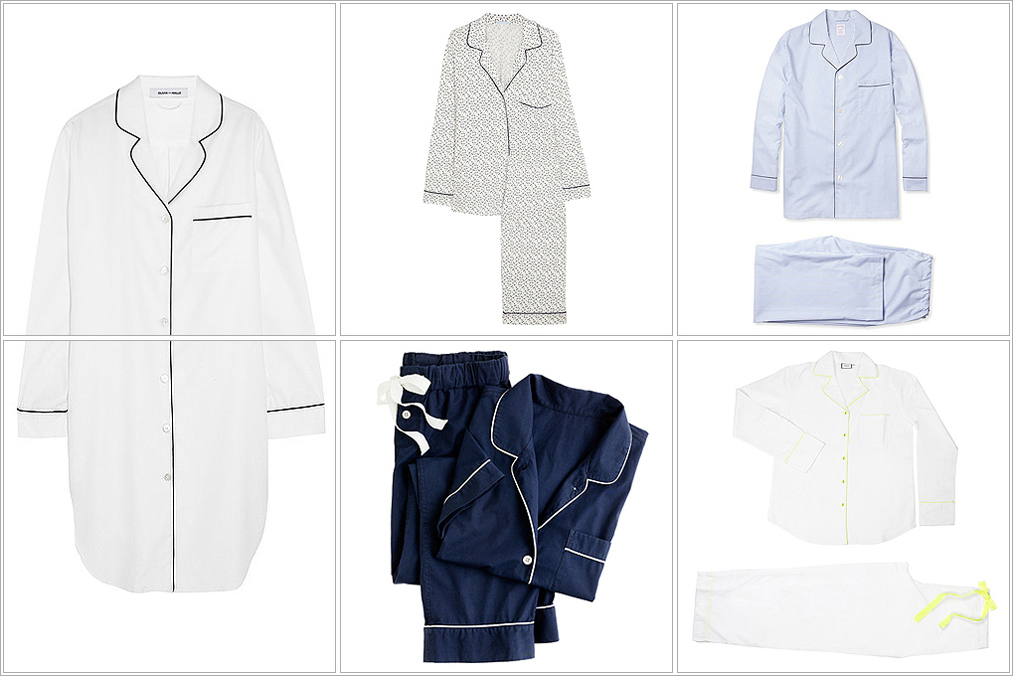 | Olivia von Halle Poppy night shirt in cotton twill with black piping. Costs as much as a night in a five star hotel. The question is allowed whether it’s sensible to spend that much money on something that, as a rule, only two people will ever see. On the other hand: you could ask the same thing about underwear and I always feel better in nice lingerie as opposed to some tattered ol’ knickers.

| Eberjey Sleep Chic pyjama in jersey with star print and piping in navy.

| Poplin Bardot pyjama in cotton with neon yellow piping. Poplin pyjamas are monogrammed on request. And while we’re making requests: I’d also like the sensational Seberg silk kimono from the same label.

This entry was posted in fashion, hers, his and tagged Brooks Brothers, Eberjey, J. Crew, Olivia von Halle, Poplin, pyjamas. Bookmark the permalink. Post a comment or leave a trackback Trackback URL.