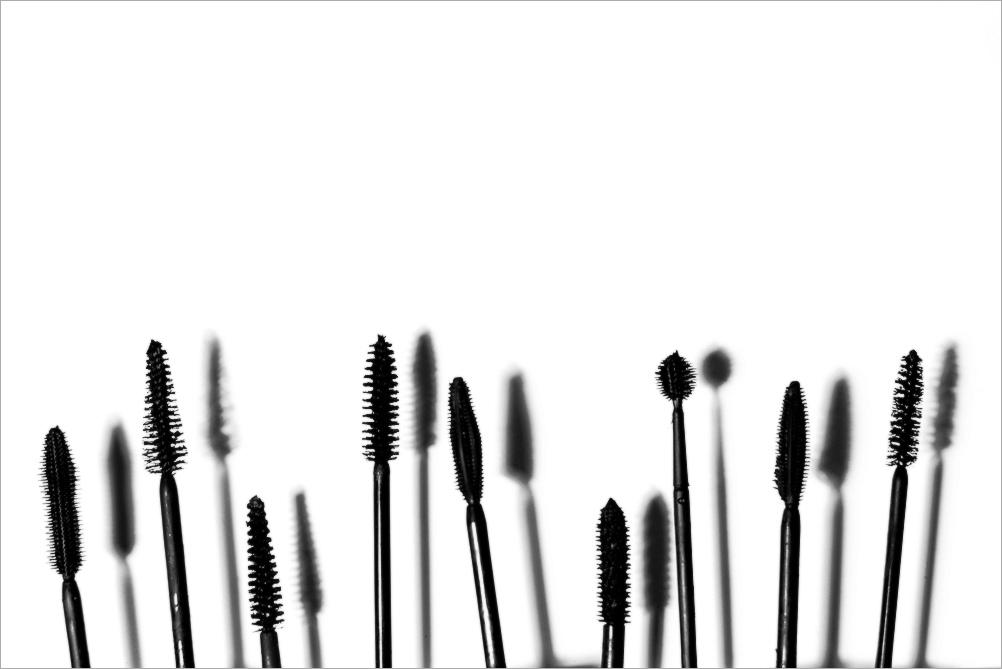 What you see here is a problem.

Or: the result of some intense research?

Either way, when I recently emptied the contents of my beauty cupboard, I discovered nine – I repeat NINE – mascaras. Not pictured are the three I later found while going through my handbags. Makes twelve. Twelve mascaras for one woman. Hands up if that sounds familiar!

Clearly, I am unable to resist mascara ads that promise superextramegalonganddense lashes. Even though it’s perfectly obvious that the images are usually tuned with false lashes and a good helping of photoshop. But who cares about the truth! Not someone who has more mascara than sense.

When I chucked half of my collection because it had dried up, I realised that really only two of the twelve had convinced me. One is „Lash Power“ lengthening mascara from Clinique. It’s perfect: a small brush, which gets every lash without painting manga eyes, it also comes in a natural-looking dark brown and the price is reasonable. Unfortunately it’s not waterproof, which means that despite the promised 24-hour-formula, it starts disappearing by the end of the day and/or in rainy weather. The second is „False Lash Flutter Waterproof“ from L’Oréal. The look is less oh-I’m-not-wearing-any-make-up. But it’s called „False Lash“ for a reason. And it holds like superglue. Now if only there was a combination of the two…

Since I only just cleaned up, I probably shouldn’t ask. Oh, never mind! What’s your favourite?