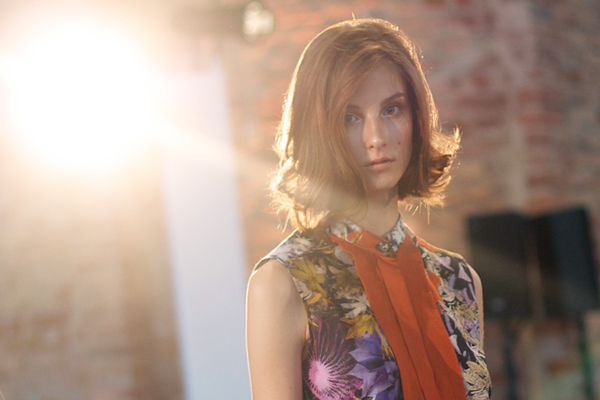 So last night James, our visiting friend Charlotte and I went to the “Start Your Own Fashion Business” award (or SYFB). I arrived a bit later than they did and went straight to looking at and taking pictures of the three collections in competition. I might as well have stopped at Blame. Because I really liked the clothes. But also because one of the models was so stunning, I basically couldn’t stop photographing her. After I while I caught up with Charlotte and asked her, if she’d noticed “THAT girl”. She knew who I meant straightaway: “Yes, THAT girl! Doesn’t she look amazing?” “She’s almost too perfect.” “I think I’ve fallen in love a little bit.” “Let’s both take her picture again…”

Something else Charlotte and I agreed on: we both would’ve walked straight out the venue with the outfit THAT girl was wearing.

While we were swooning like teenagers, James was doing some actual reporting. Here’s his take on the competition, published in Derzeit today and available to download from their website:

Design awards, especially those for young designers, can be so important. Look back over the years and so many of the names, unheard of at the time, are now the first to roll off the tongue when you talk about current trends. But how do you pick a winner when comparing three presentations that are all so different from each other? Opinion was of course divided. Sissi Goetze showed some charming menswear, it brought to mind pictures of wartime children, economical in its use of fabric, all in muted grey tones. Blame mixed floral patterns to beautiful effect, printed silk dresses and blouses in burnt orange and navy blue, trousers and shorts in lemon yellow and cream. Neither of these wearable and, in many respects commercial offerings, was our winner though. That honour went to Blaenk, with certainly the least sellable collection, made from what seemed like thousands of metres of scarlet and white fabric. Danish bridesmaids? Little red riding hood? Spanish footballer’s wives? All thoughts that crossed my mind as I looked at the billowing flounces and ruffles. It’s safe to say it was my least favourite, although I know others disagreed. Maybe it just depends on which perspective you’re viewing it from. 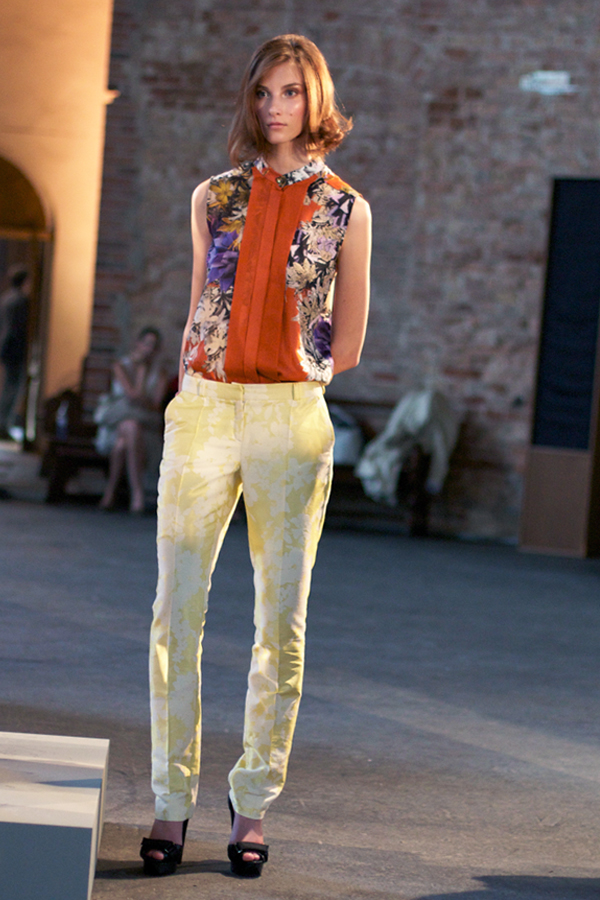 This entry was posted in fashion, fashion week, hers and tagged Berlin fashion week, Blame, mbfwb, SYFB. Bookmark the permalink. Post a comment or leave a trackback Trackback URL.