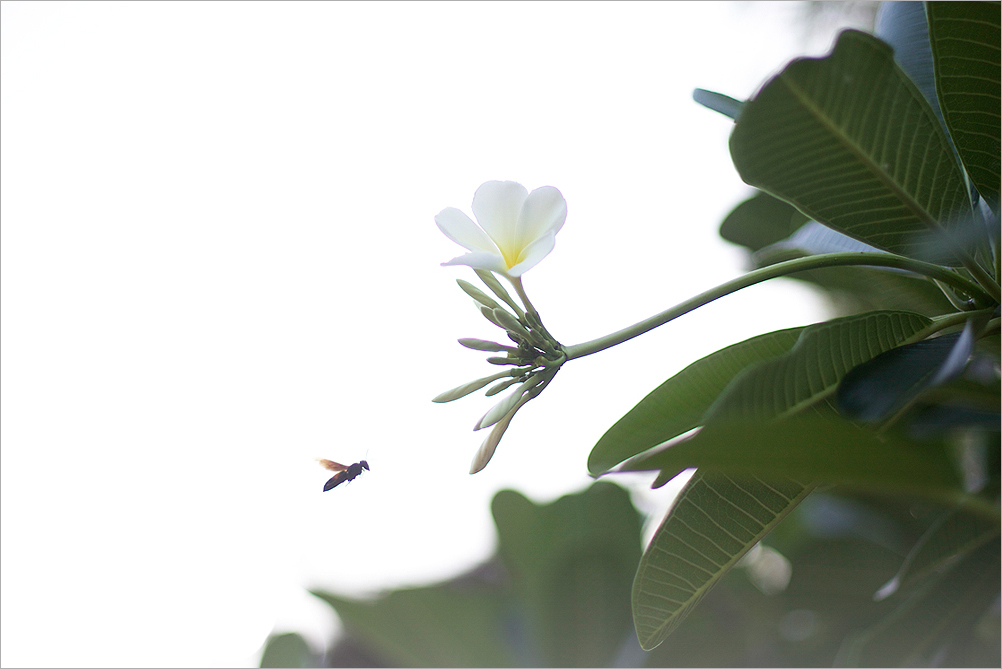 „Let’s go away one more time.“

I can’t remember who said it first. Probably me. We were sitting on the couch at Christmas, stuffed, happy and thrilled about what the new year would bring. And because so much of what was coming was going to bring huge changes, we suddenly had this idea of escaping to a beach somewhere – before beach holidays would become all about building sand castles.

Where could we expect to get bikini weather in March? Thailand. James hunkered down with the laptop for a while and when he came back with pictures of the Koyao Island Resort, I simply said: Book it! Now! Sure, I could’ve considered that I’d be seven months pregnant when travelling. A few of my girlfirends who have had children were in fact a little surprised that I’d dare to take two six-hour flights. But I just went with my gut feeling (pun absolutely intended). I’m lucky that I’ve had an unproblematic pregnancy and I simply trusted that I’d be fine until it was time to give birth. Which doesn’t mean I can recommend long-haul flights to everyone heavily pregnant. But if you’re thinking about it, I can tell you that flying was absolutely fine for me – thank you, compression stockings and magnesium pills! And I have not regretted coming on this holiday for even a second.

It was my first time in Thailand, so I’ve seen too little for the in-depth travel report, but I’d come back to Koh Yao Noi again any time. It’s a small island between Phuket and Krabi that’s still comparatively undeveloped. There aren’t many hotels, only a tiny town and a handful of restaurants (bizarrely, the nicest one is an Italian who serves what must be the best pizza this side of Napoli and where the yoga crowd drink their beers at night). It only takes half an hour on scooter to go around the island – or 45 minutes in a two-seater with a pregnant girl as your passenger. We didn’t do a lot of trips, but we did go snorkeling and one day I’ll tell Junior that his mama swam with angel fish when he was still on my belly. Hopefully he’ll find that as cool as I do.

Mostly we did absolutely nothing. The resort has around 20 huts, most of them with a direct view of the sea (!) and an outdoor shower (!!). You can’t lock the hut, which concerned me for about five minutes, until I met the super-relaxed staff, found myself a hammock and promptly forgot what day of the week it was. We woke up every moring from the crazy chirping of the birds, went to sleep at night to the whirring of the ceiling fan, ate silly amounts of tom kha gai and sticky rice with mango and watched the hotel’s own lizzard make his daily rounds under the palm trees.

And I’ve loved every moment of it. 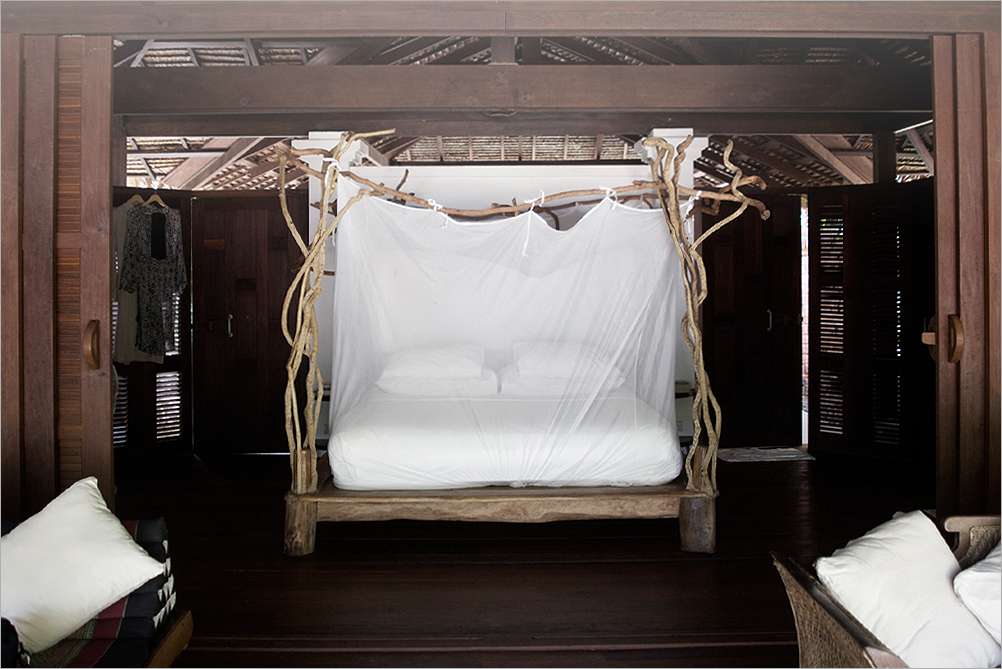 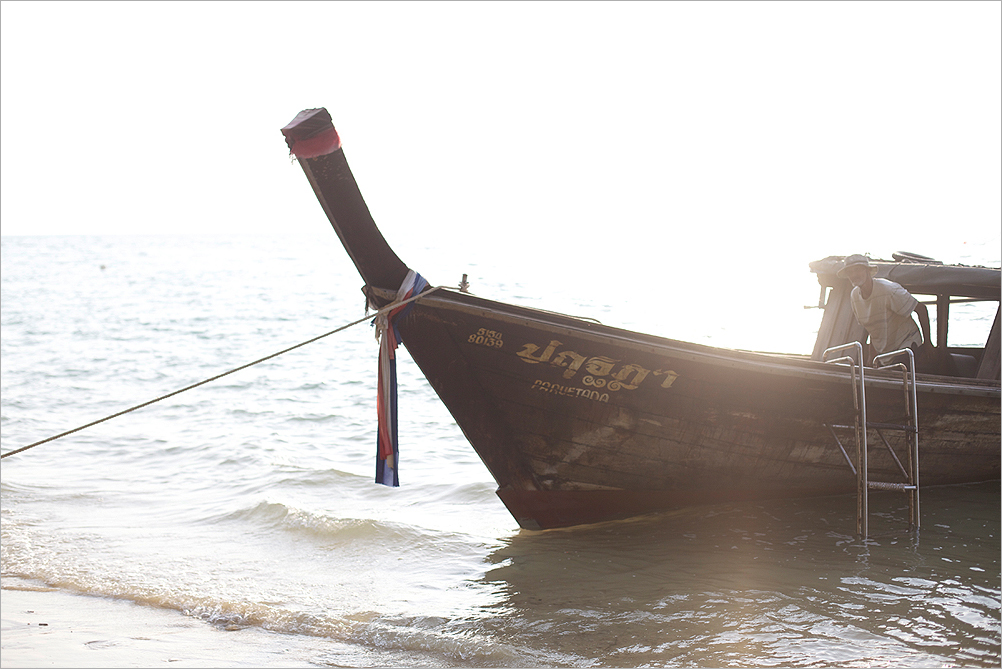 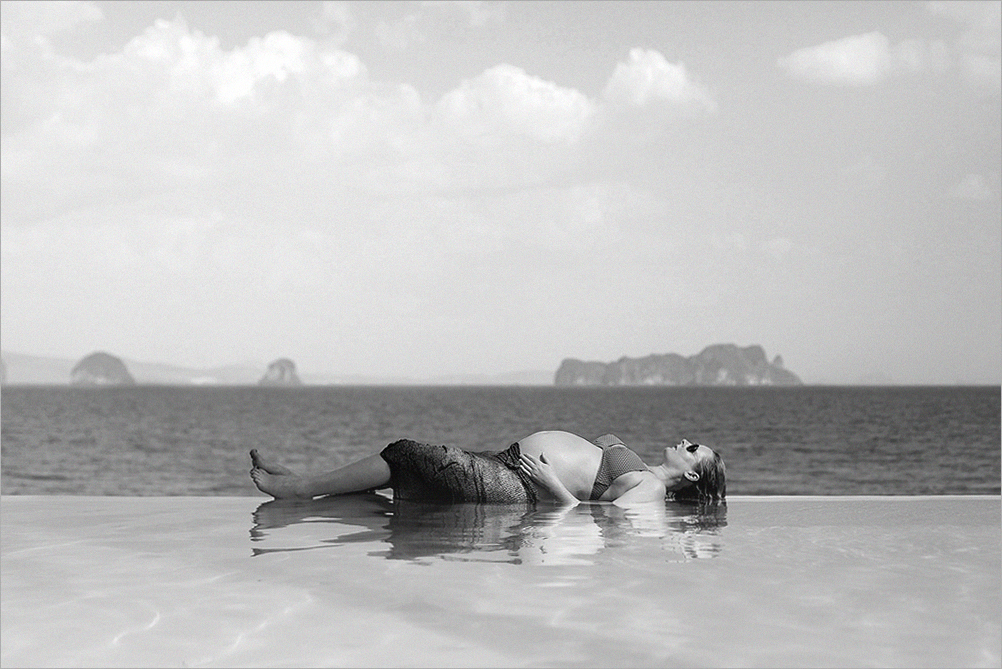 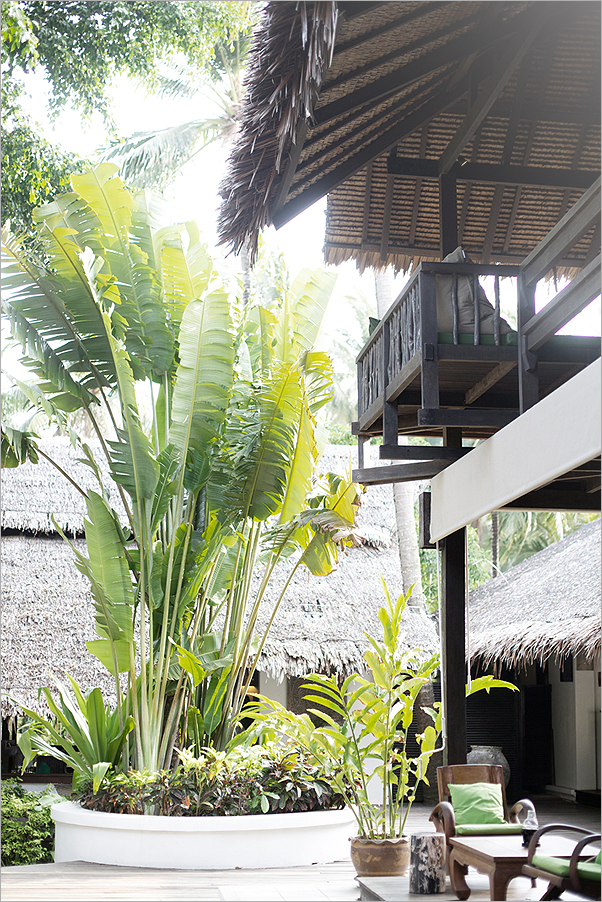 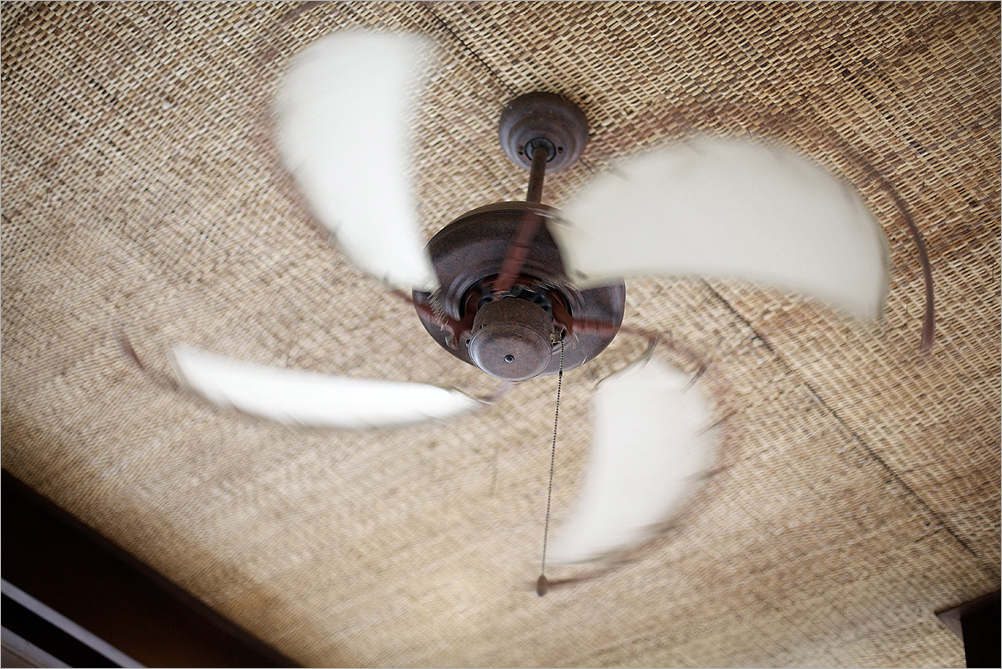 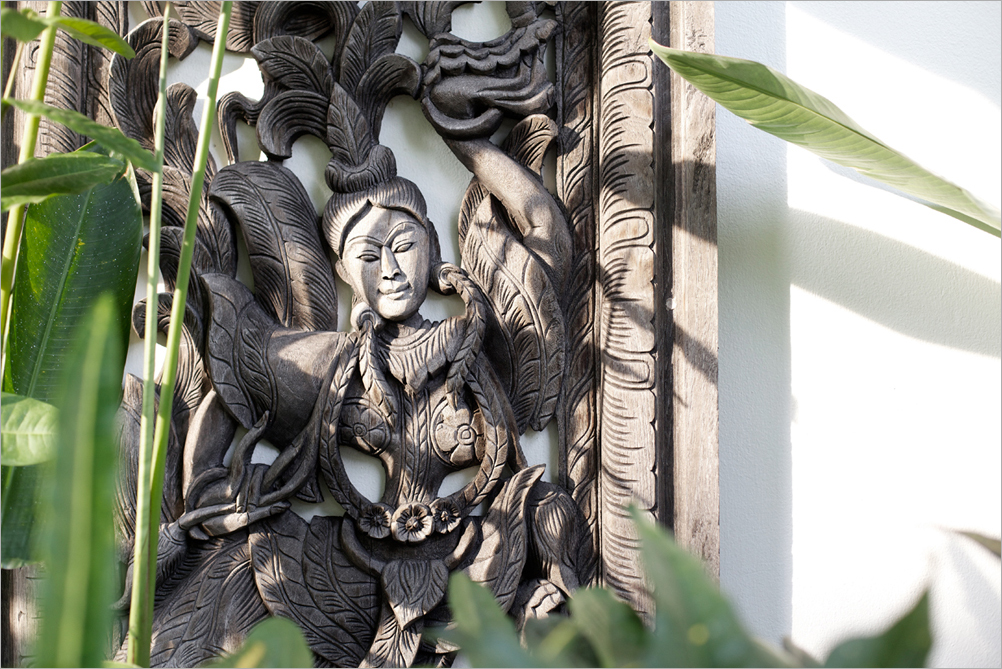 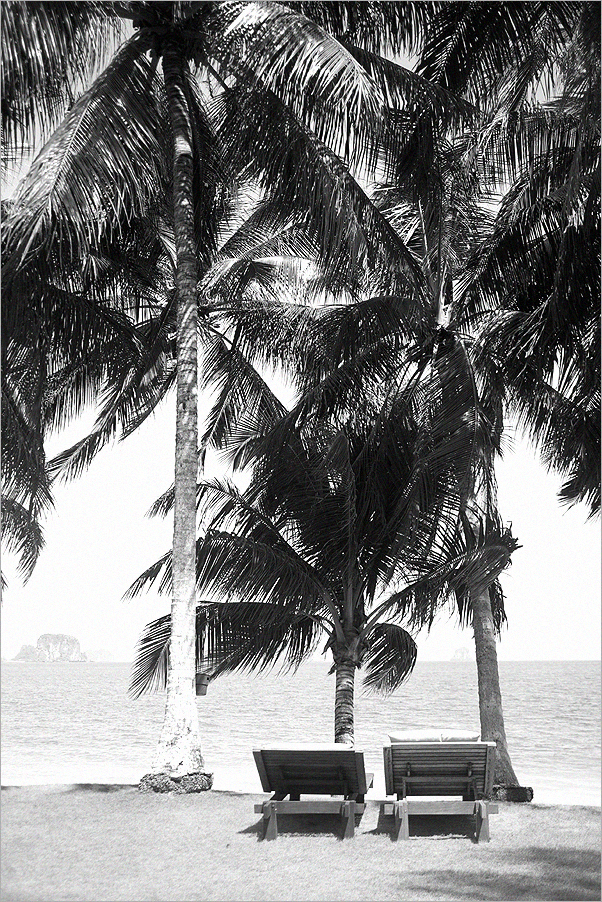 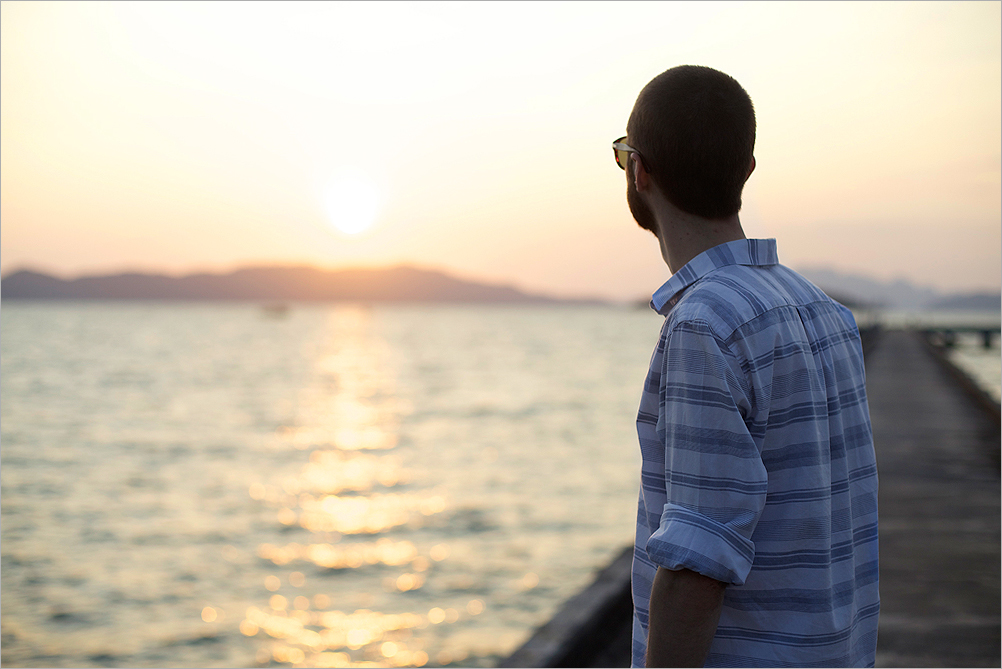 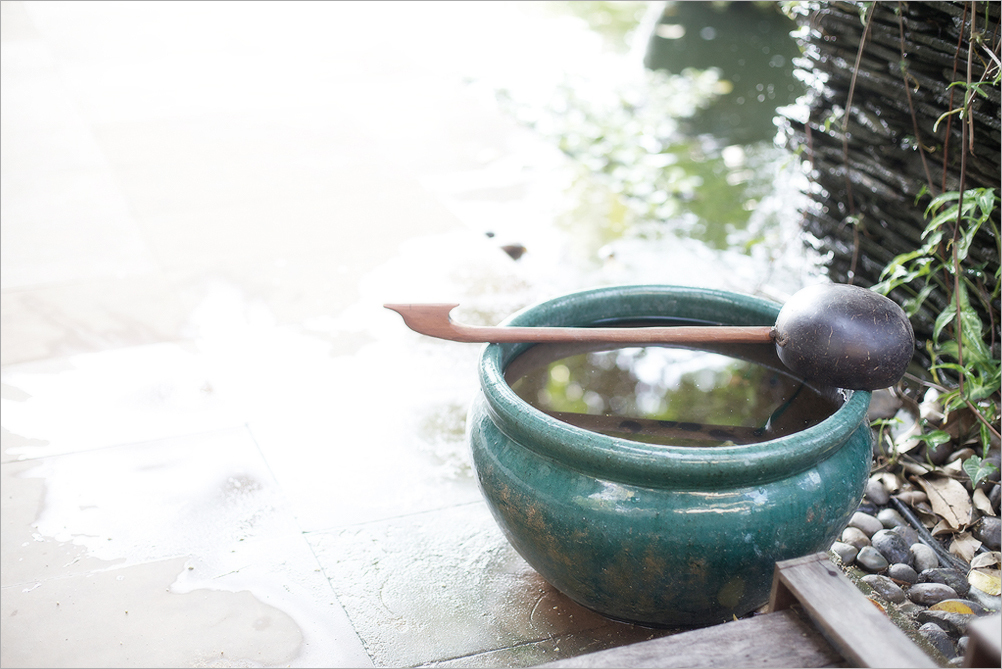 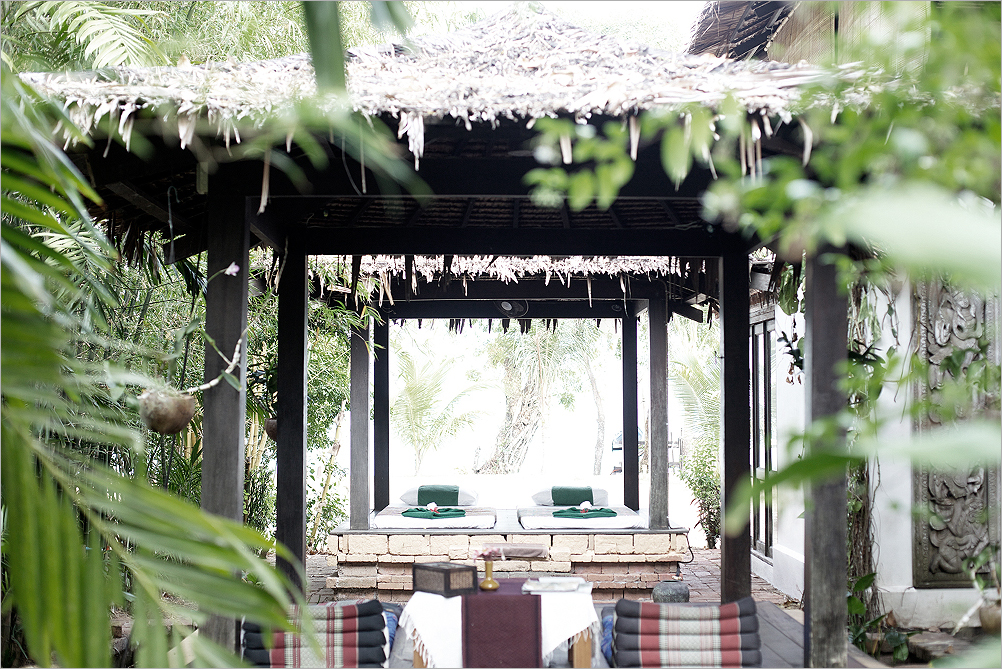 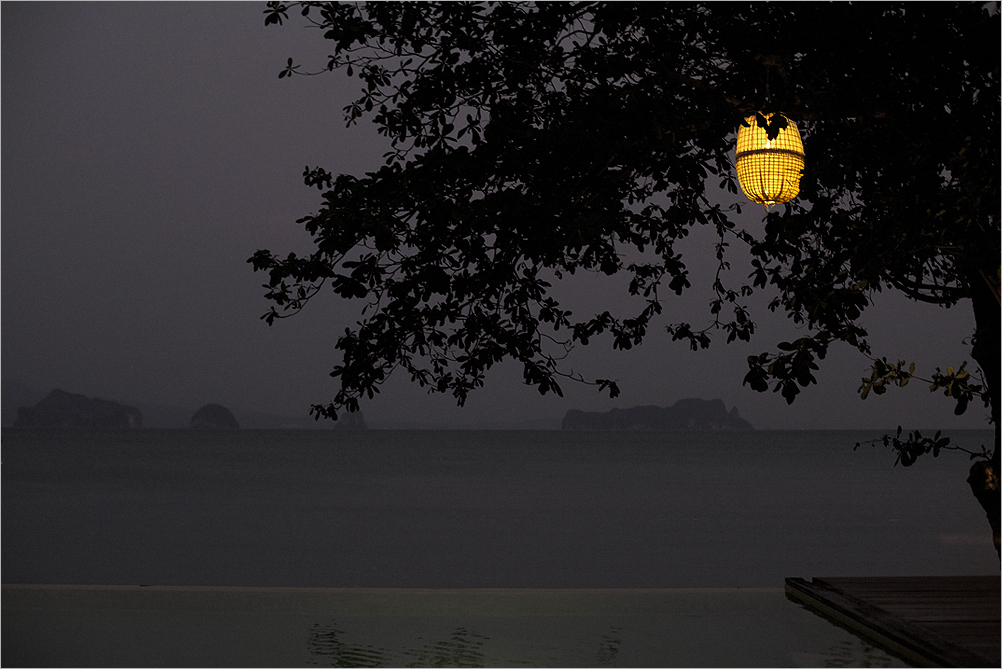 This entry was posted in fashion, hers and tagged Koh Yao Noi, Koyao Island Resort, Thailand, Travelogue. Bookmark the permalink. Post a comment or leave a trackback Trackback URL.