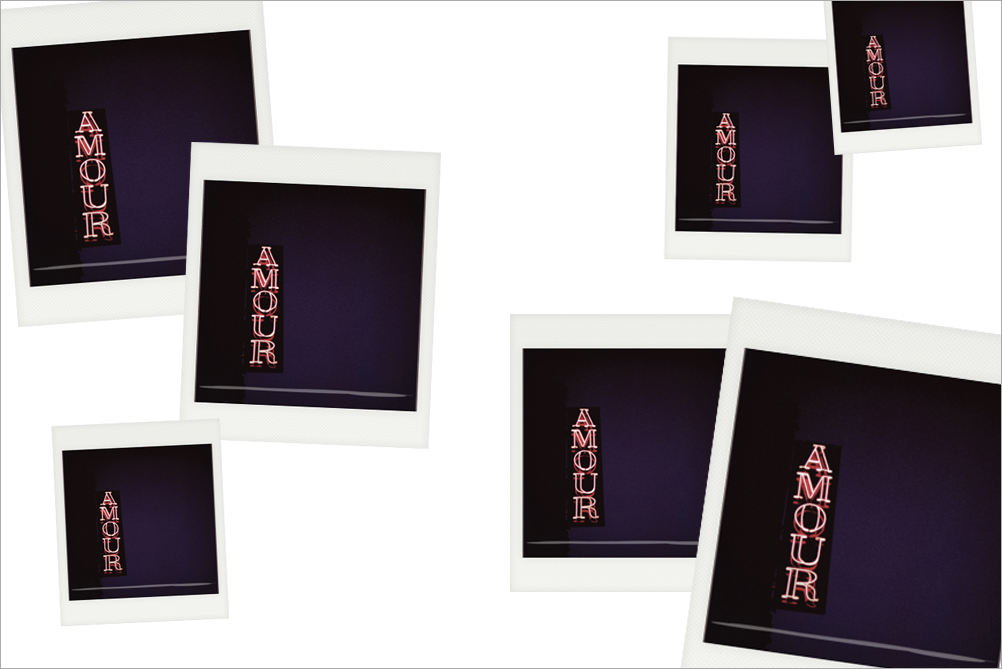 „Why don’t you come along“, my friend Miriam said last week, and so we sat at Berlin’s Huxleys Neue Welt on Friday evening, waiting together for Miranda July to talk about her new book The First Bad Man. It was a fabulous reading, that July deftly steered away from the self-indulgent interviewer, and we could’ve stayed for another few hours to listen to that wonderfully weird, honest and empathic woman. Afterwards we headed to a bar, one more drink, then home ot our families. Just as we ordered, I got a text from Okka: „Are you watching the news?“

Since then my thoughts keep returning to that Friday evening in Berlin, when we came together with a few hundred other people for a reading, just as the many hundreds of people in Paris had gone to the Bataclan to watch a band and 89 of them never returned home to their families. I switched on the news Saturday morning and turned them back off, I opened Facebook and closed it again, because none of it helped against the hopelessness I felt in the immediate aftermath, and none of the crime scene descriptions got me closer to an explanation how one human can execute another for experiencing joy.

The next attack will happen, they said on the radio, perhaps in the next days or weeks. It might be in Berlin this time. In Hannover. In Beirut. At a university in Kenya. At a demonstration in Ankara. The victims are always defenseless, the purpose is always the same: to assault the freedom of people to live the way they want to live. This terror is unbearable wherever it happens and one of the reasons I went offline over the weekend was because I got so very tired of the moralising that went on, comparing one grief to another. Paris was no worse than Beirut. A terror attack isn’t more gruesome because it has its own hashtags. It’s the horrible familiarity of reading news from certain parts of the world that makes you skip over an item about yet another suicide bombing in Bagdad, and, understandably, self-protection, because taking in all of the horror, everywhere, every day, would numb you completely. But solidarity with the people of Paris can never be a reason for making accusations about failing at empathising with victims of terror attacks elsewhere. If anything, it should give cause to wanting to know more about the world that we live in and how we can affect it. Publicly, privately, hashtag, no hashtag, it doesn’t matter.

Paris affected me differently, because it’s closer, both geographically and personally. I’ve visited the city many times and every trip has its special memories. When my friend Sandra and I went together a few years ago, our fun, red wine fueled fashion week hang-out was a few houses up from the Bataclan. My mom’s goddaughter has lived in Paris for many years and often goes out in the 10th arrondissement. An old friend was out and about in that part of town on Friday and spent the worst hours locked inside a restaurant. „I was lucky, that’s all,“ she wrote.

When I eventually opened my laptop again on Monday, it was still open on a browser window for my next blogpost. It’s about loafers. How can I write that now, it’s too trivial, who cares, I thought, and clicked it shut.

But slowly another thought formed. How thankful I can be to have a voice of my own and how much I can appreciate my freedom, even when I occasionally use it to write about things as unimportant as shoes. Finding distraction, having fun, celebrating life, it’s what the people were doing who went to a football game, to a show, to restaurants in Paris. I can, in the end, just continue and stem myself against the fear that was spread in such a brutal and perfidious way on Friday night. Continue to believe in beauty, in love and in togetherness. Because there is no alternative.

„We are going to mourn our dead,“ wrote the journalist Luc Vaillant in Libération. „But tomorrow, we will kiss each other like the abominable perverts we are.”

This entry was posted in fashion and tagged . Bookmark the permalink. Post a comment or leave a trackback Trackback URL.