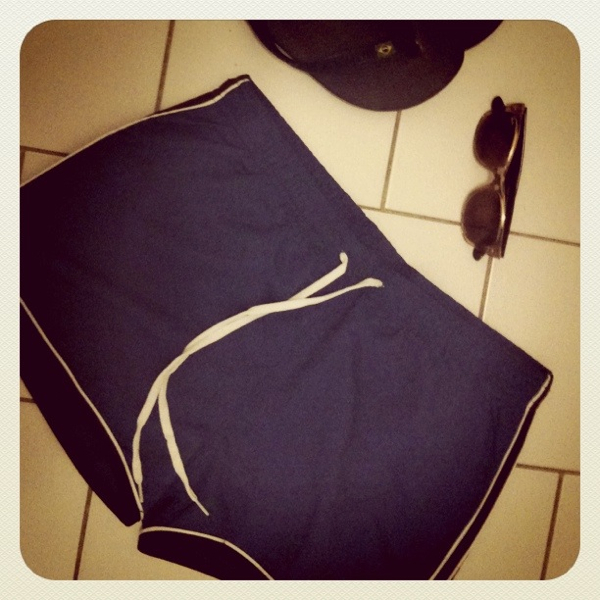 During a trip to Australia three years ago I paid a visit to Bondi beach. Sunny skies, soft white sand and a clear blue sea with wave after wave running up the beach. It was exactly as I had imagined it. Only I didn’t really fit in. All the guys were deeply tanned, had their shaggy hair styled only by sand and salt water and wore sun faded t-shirts with long board shorts. The Aussie surfer look is copied in cities all over the world, but if I wanted it to be authentic there was only one thing for it: I was going to have to spend a lot of time hanging out at the beach. Terrible, I know.

A couple of weeks later, after making a short trip to Melbourne, I went straight back to the beach to meet up with some friends. For a moment I thought I had gone to the wrong place. I couldn’t believe what I saw. The long board shorts that in my mind had been such a symbol of Bondi had suddenly been replaced by short shorts, similar to the ones I had worn during my early 80s childhood. Oh, and almost every guy was now sporting hair on their upper lip. I had never heard of Movember, the moustache growing charity event for men’s health awarness, but once explained it did answer a lot of my questions. What it didn’t answer was: Where are they getting those shorts? None of the surf shops I visited seemed to be selling them.

Then last summer short shorts were back and I picked up this pair in the sale at the end of the season. With the warm weather approaching I have got them out in anticipation of visiting the beach. I just hope I’m brave enough to wear them.*

This entry was posted in fashion, his and tagged . Bookmark the permalink. Post a comment or leave a trackback Trackback URL.