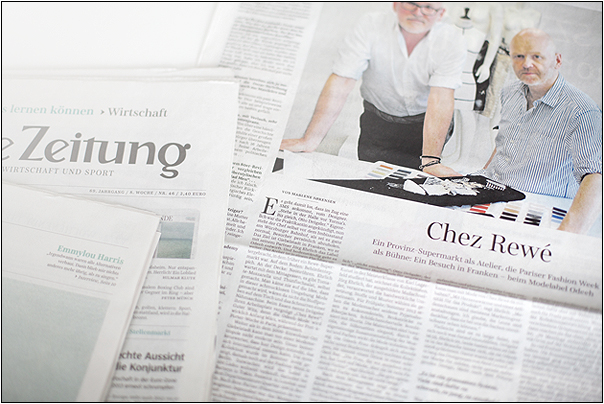 Things were looking up the Friday before last. I had come home after a job in Munich and had nothing ahead of me but seven days of not working, or at least not working like a loon. I was looking forward to those seven days. I was going to tidy up the flat a little bit. Okay, a lot bit. And plan my new home office. And frame some pictures. And order a lamp. And perhaps even build a table. And catch up on my filing. And…

And then came Saturday and I woke up sick. Nothing dramatic, just the 3-day-cold that gets me every year when my body decides: Thanks for making January feel like a bootcamp, I’ve had enough. After that, I was a few to-dos behind on my to-do-list. Or rather: a few dozen to-dos. As always when I’ve worked non-stop for a while and suddenly have time for everything else, I wanted to do too much. Why only build a table when I could also reorganize all my shoes? Why only reorganize all my shoes when I could also tidy the bookshelves? Why be sensible when I could be completely bonkers?

Roughly around Thursday the apartment started to look like there had been an enemy invasion. And still I thought: Shouldn’t I, couldn’t I, mustn’t I being doing more? Clearly, I find it difficult to shift from “100 per cent work” to “100 per cent everything else” without spinning out of control, wanting to accomplish every project that’s on my list immediately, or else… Or else what? That’s what I asked myself as I was trying to clear up the various messes I’d made in the insane determination to do everything at once.

I managed to start yet another project, one which I actually finished, last week that had been on my list for some time: sort through the stacks of newspapers and magazines that have been piling up over the years and save my stories from them. By the end of the afternoon they made for a tidy pile of clippings. And for a weird feeling, when I realized: that’s five years of my life. It didn’t look as much as it had occasionally felt. And still like a lot, because many other things obviously happened in those five years, but everything else in life is rarely as quantifiable in front of you as a stack of paper. Then I started thinking, as I normally don’t do when I’m working, because I don’t allow myself a break in the steady rhythm of going from one job to the next: Which of these stories do I remember? Which make me proud? Which of them make me actually believe myself when I say that I’m a writer?

One of those stories was published last weekend.

I don’t share my work here a lot, mainly I think, because the blog is something I do when I’m not working. But I did want to share this, because it’s one of those stories that I would show if somebody asked me: So, what do you spend your days doing? When I first started writing, it was with the idea and the hope that I would some day write stories like this one about the two designers behind Odeeh, who produce great fashion from a little village in Southern Germany. Stories that make me want to be a good writer, because the stories deserve to be told well. It’s fitting that this story would be published this week, because it was a reminder of what is sometimes hard to remember after ten years of doing this: that feeling of writing in my head even before I get to a keyboard, because all I can think is words.

And when I saw the published story in the Süddeutsche Zeitung on Saturday morning, I didn’t, as I had planned, write about it here. I closed the paper, packed a bag and went to Hamburg to celebrate wonderful Steffi’s first book, which, by the way, if you’re getting married is the first thing you should buy, and spent a few days of doing nothing but eating glorious amounts of cake, drinking, hanging out on friends’ sofas and reminding myself that sometimes it’s good and necessary to do things that are not written down on lists to find the energy again to tell the stories I want to be telling. If you want to read this particular one, you can find it here (in German).

This entry was posted in fashion and tagged Odeeh. Bookmark the permalink. Post a comment or leave a trackback Trackback URL.