tip of the hat 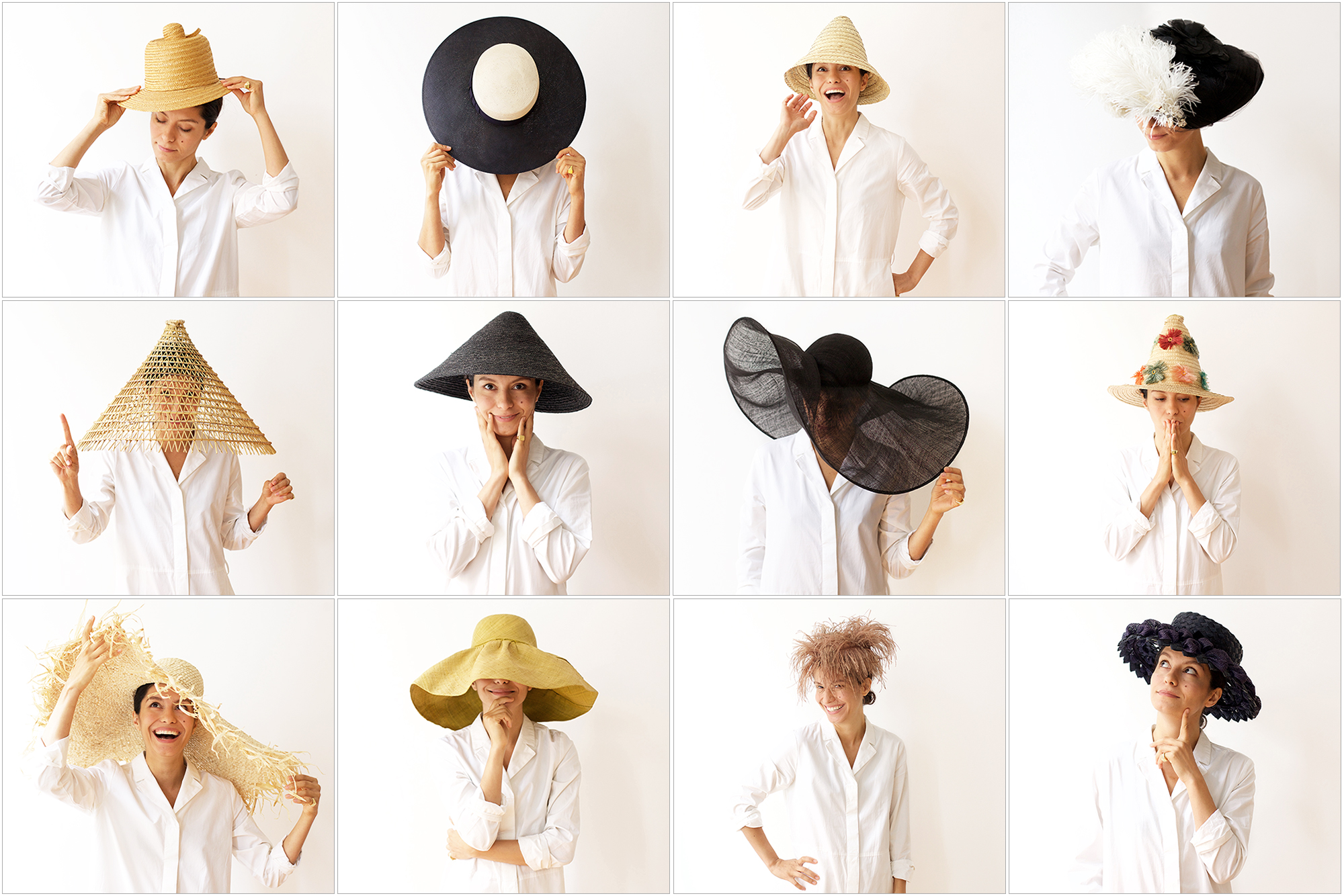 I wore a hat for my date with Maryam. I usually only wear hats for practical reasons like protection against heat or cold. There was no reason for a hat on that particular day, except that I hoped it would delight Maryam.

Because the way Maryam dresses is such a delight to me. I met her through a mutual friend, but I probably would’ve noticed her in our neighbourhood anyway. This woman walking to the playground with her son in a kimono and a wide-brimmed sun hat that looked like all of Audrey Hepburn’s films rolled into one. Who I once spotted on the other side of the street and, before recognising her, thought: I wish I wore that today, the wide-legged white trousers, a mannish black coat and especially that stunning Pharrell Williams tribute hat. What a cool, confident lady. When I got stuck on one of her Instagram images once again, I asked her if she would show me her hat collection. 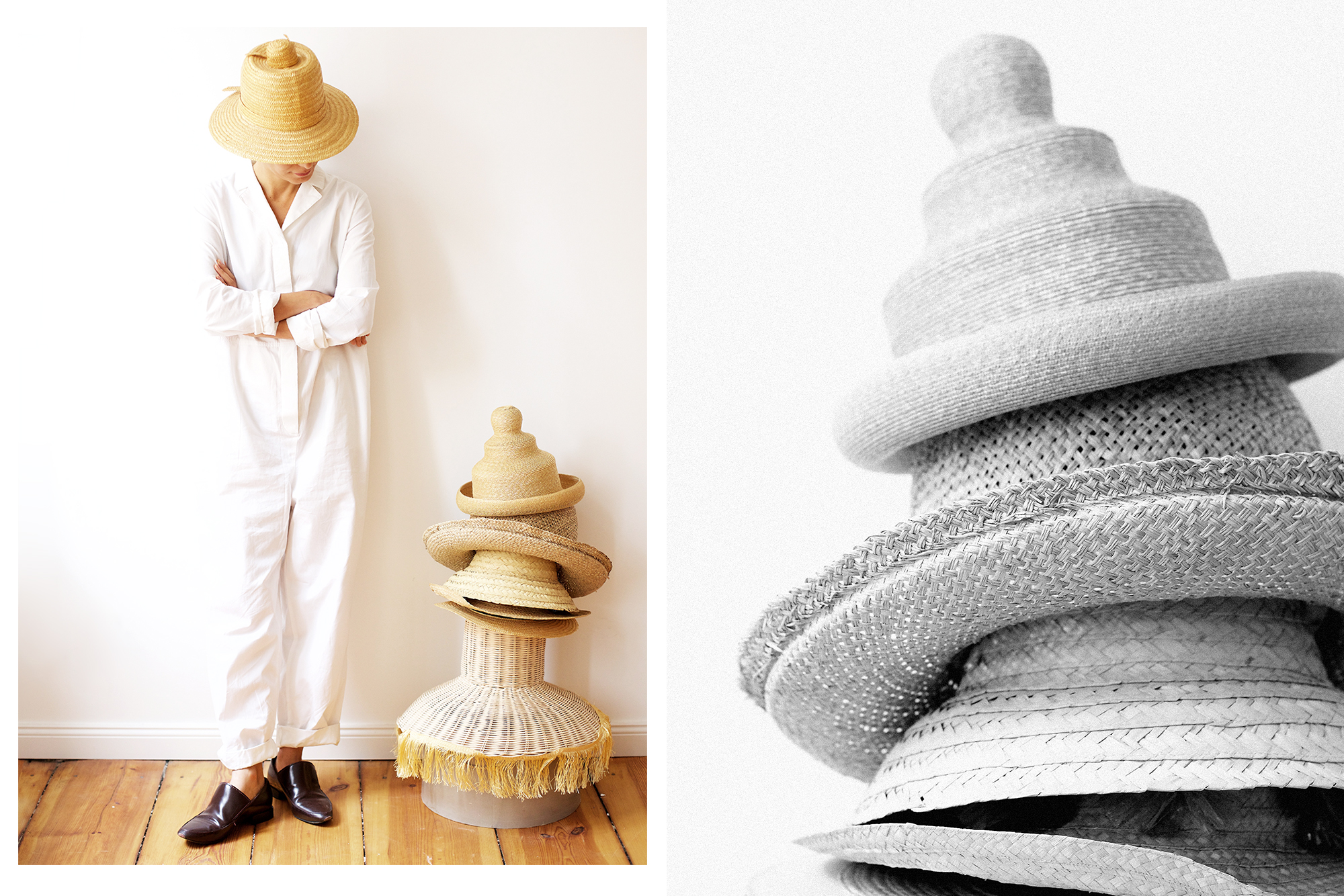 And there are many, many, many hats stacked all over her apartment. There are vintage finds and farmer’s market buys, an old Christian Dior beauty and some Vivienne Westwood models, but also a lot of no-name pieces and even a custom design Maryam commissoned from a wicker chair maker. The former jewelry designers, who splits her time between Berlin and Toronto, even incorporates hats into her installations and paintings. And don’t those lampshades in the hallway look just like hats, too? Of course they do. 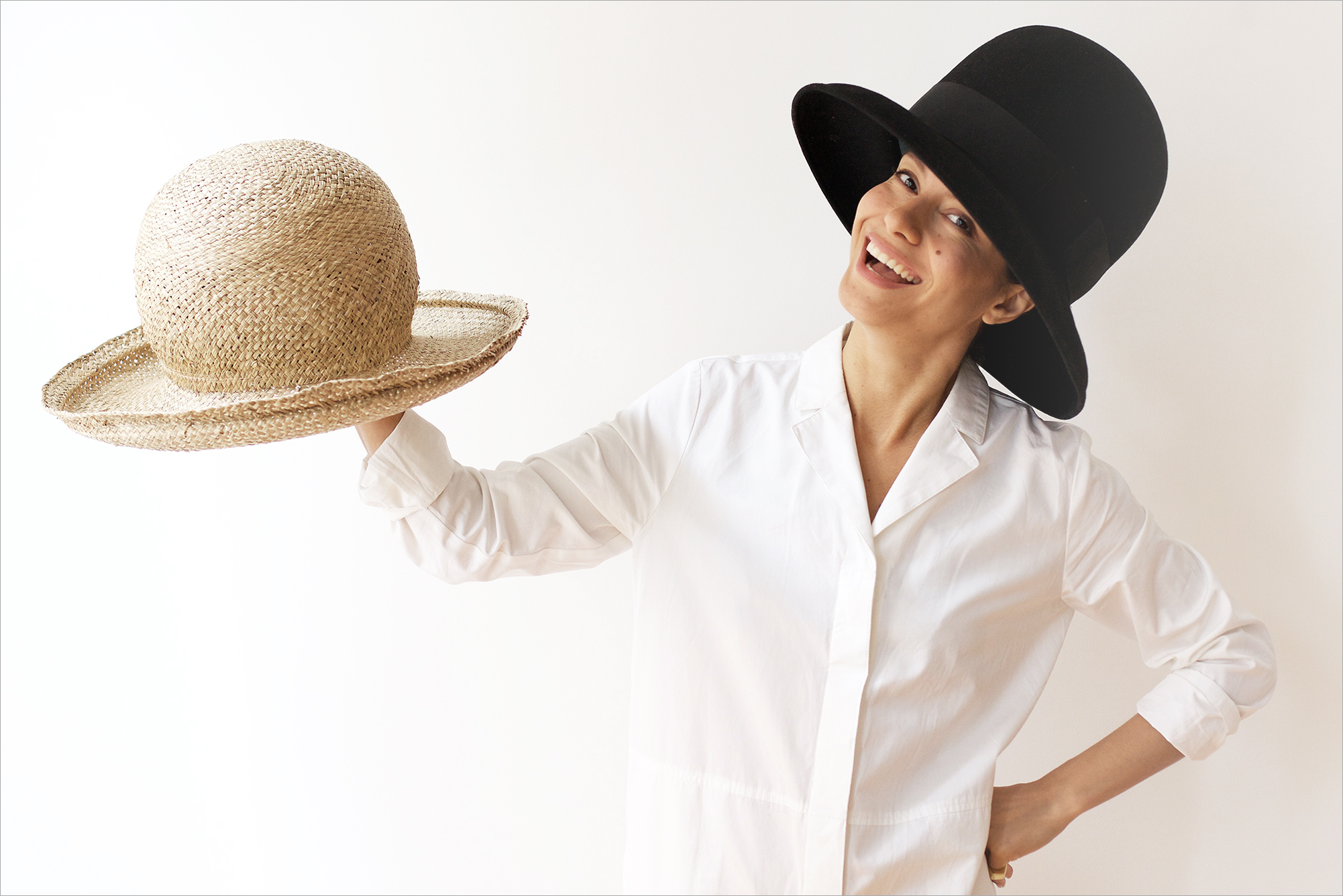 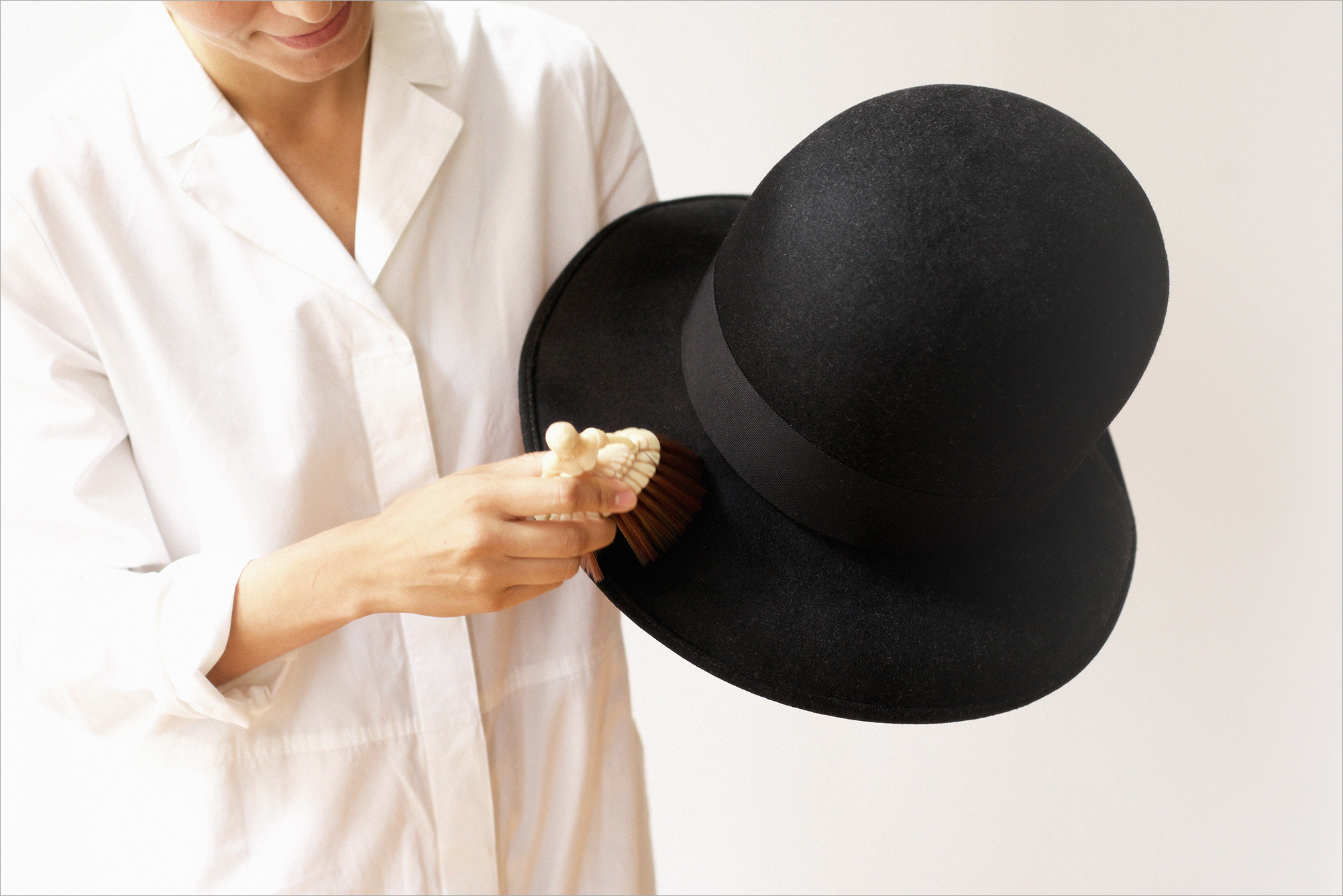 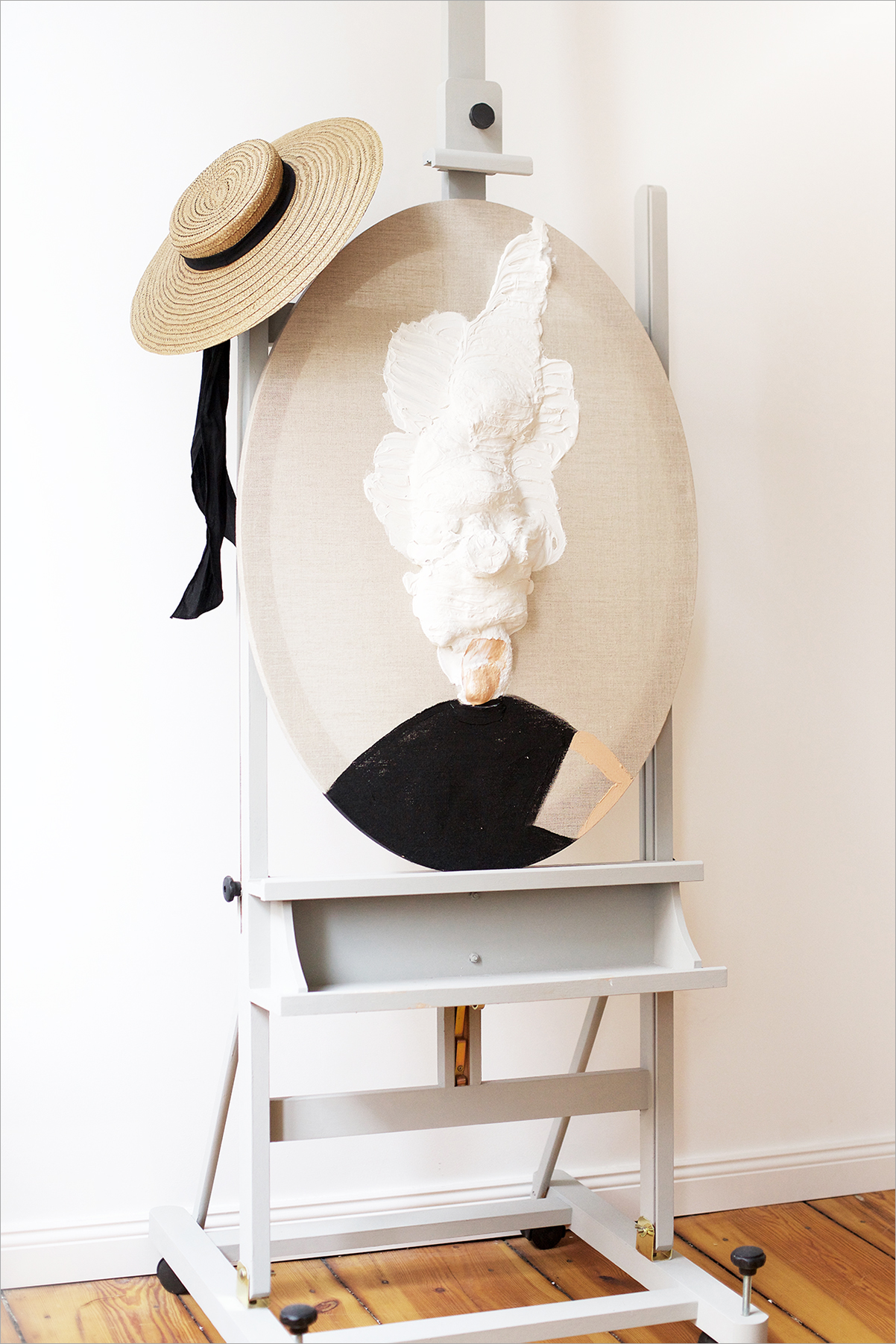 „Most people probably think that a hat is something you wear to a horse race or a wedding“, she says. Maryam on the other hand wears one every day. Truly every day? Yes, and she has done since her early 20s. „I was struggling with social anxiety at the time. The hats became like a protective shield that I could hide behind.“

Which is remarkable to me considering that a lot of them are so strinking and seem to require some guts to put on. „I do notice when people look at me. Children especially. ‘Look, that lady is wearing an upside down basket on her head!’ But I don’t mind it. The hats give me the feeling of slipping into a role. It’s almost as though a small transformation happens.“

I like the notion that Maryam turned a perceived weakness, her uneasiness in large crowds, into a strength. I got the definite feeling that these hats aren’t mere accessories, but part of her personality. She even addresses each one as „she“ – as in „She had to have her own seat on an airplane once because she was too big for a hat-box.“ At the same time Maryam’s not precious about them. Before she left Berlin with her family for Toronto recently, she hosted a goodbye party and gave a hat to every guest to wear for the evening. 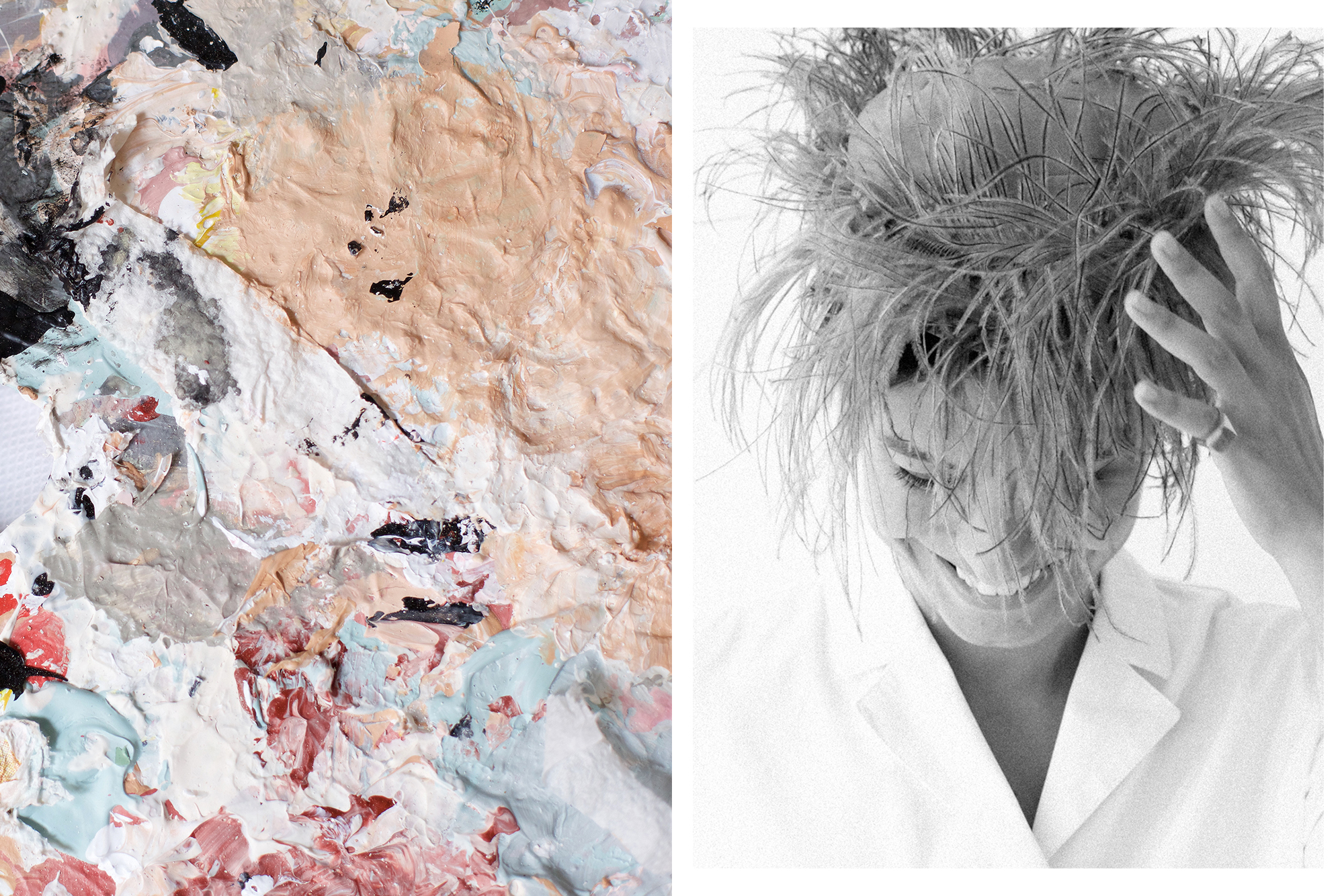 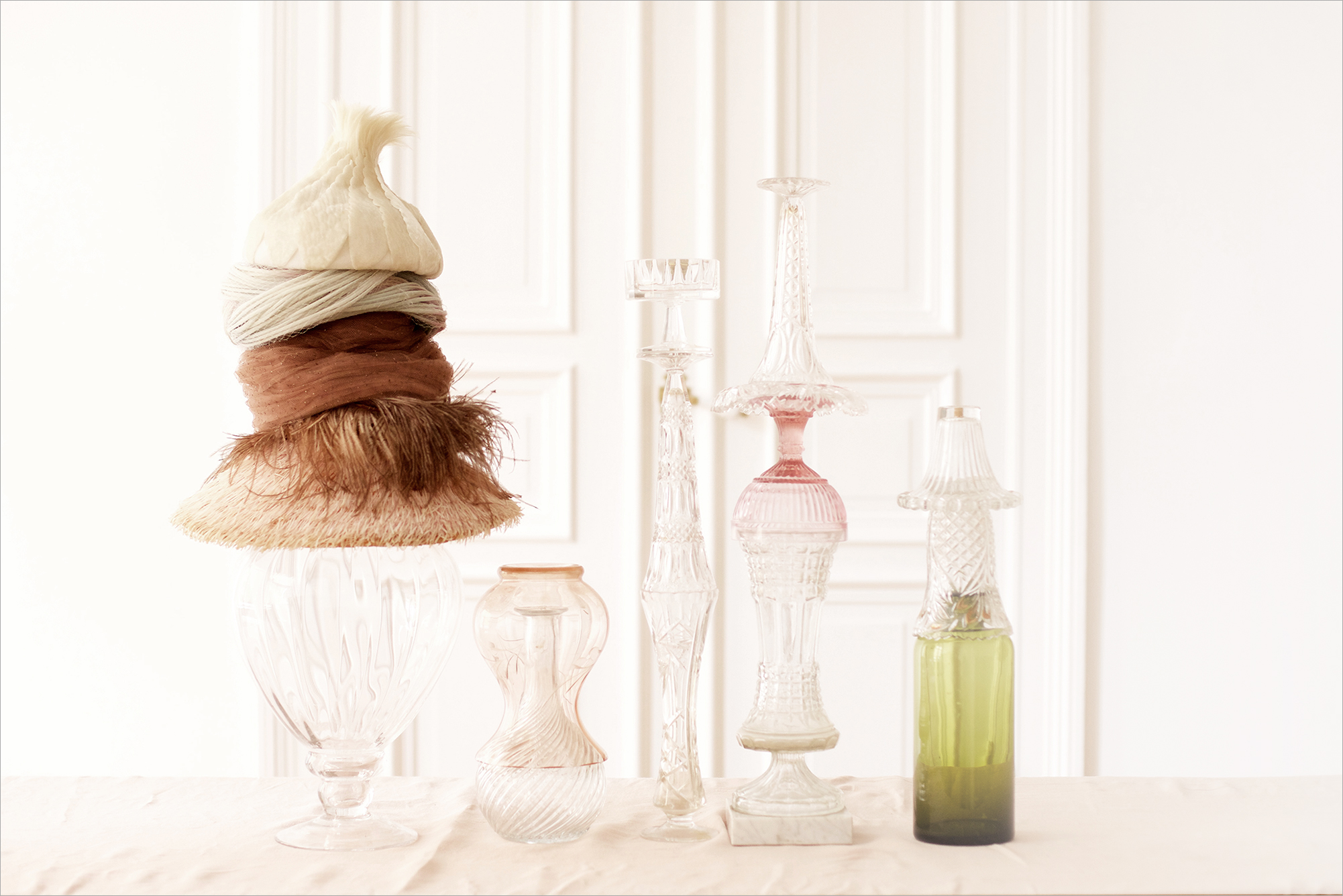 While we’re taking the pictures, she suddenly puts a gigantic straw hat that a friend bought for her in Rome on me. I instantly felt more mysterious, pleasingly formal and very well-protected. And I understood a little more why Maryam likes to give something extraordinary even to ordinary days. If there is a reason why you shouldn’t wear an explosion of dusty feathers on your head on a regular Thursday, I can’t think of one since meeting Maryam. 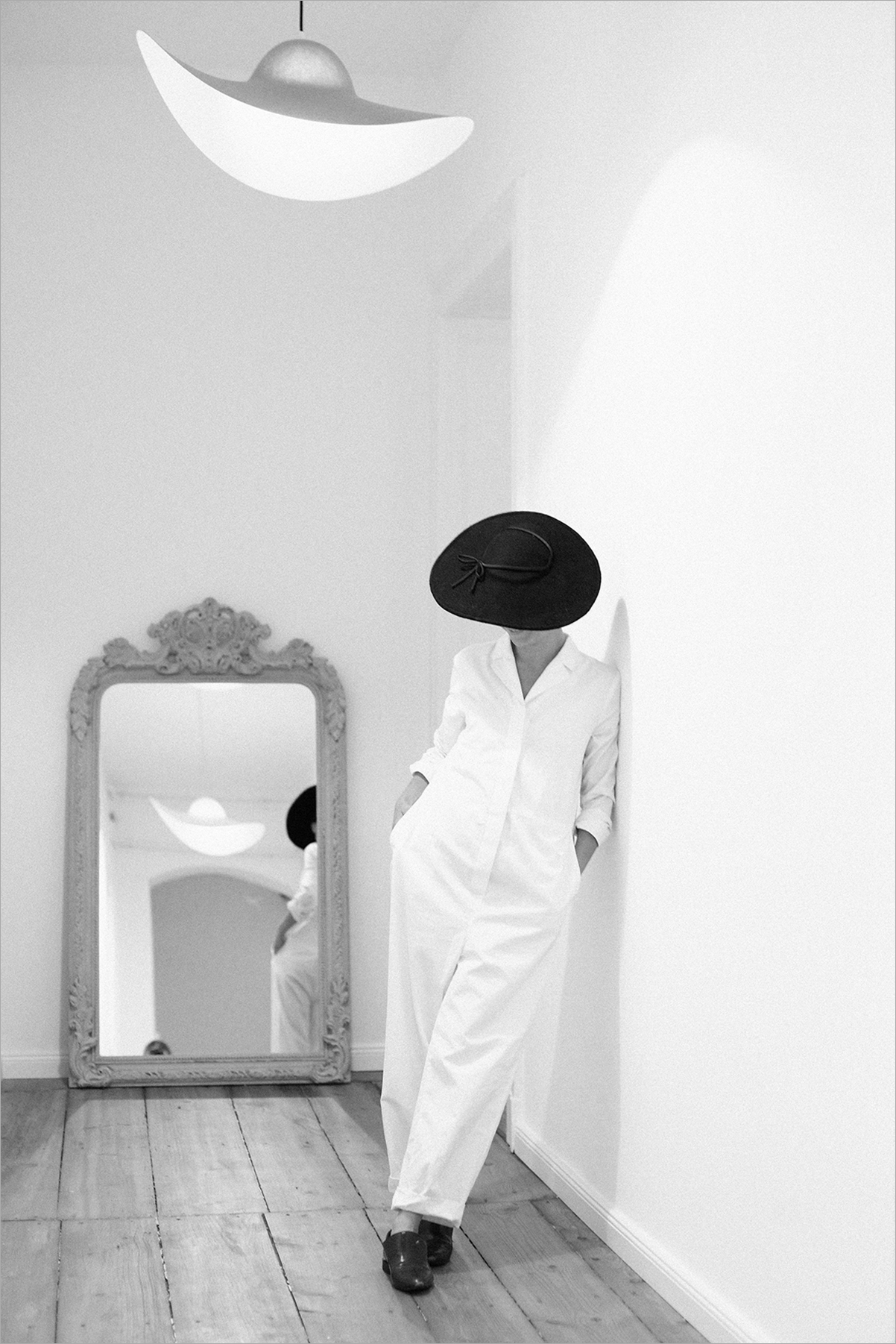 Maryam wears an overall from Cos and loafers from Robert Clergerie throughout.
As well as all of her own stunning hats.

This entry was posted in fashion, hers, my style and tagged hats, Maryam Keyhani. Bookmark the permalink. Post a comment or leave a trackback Trackback URL.