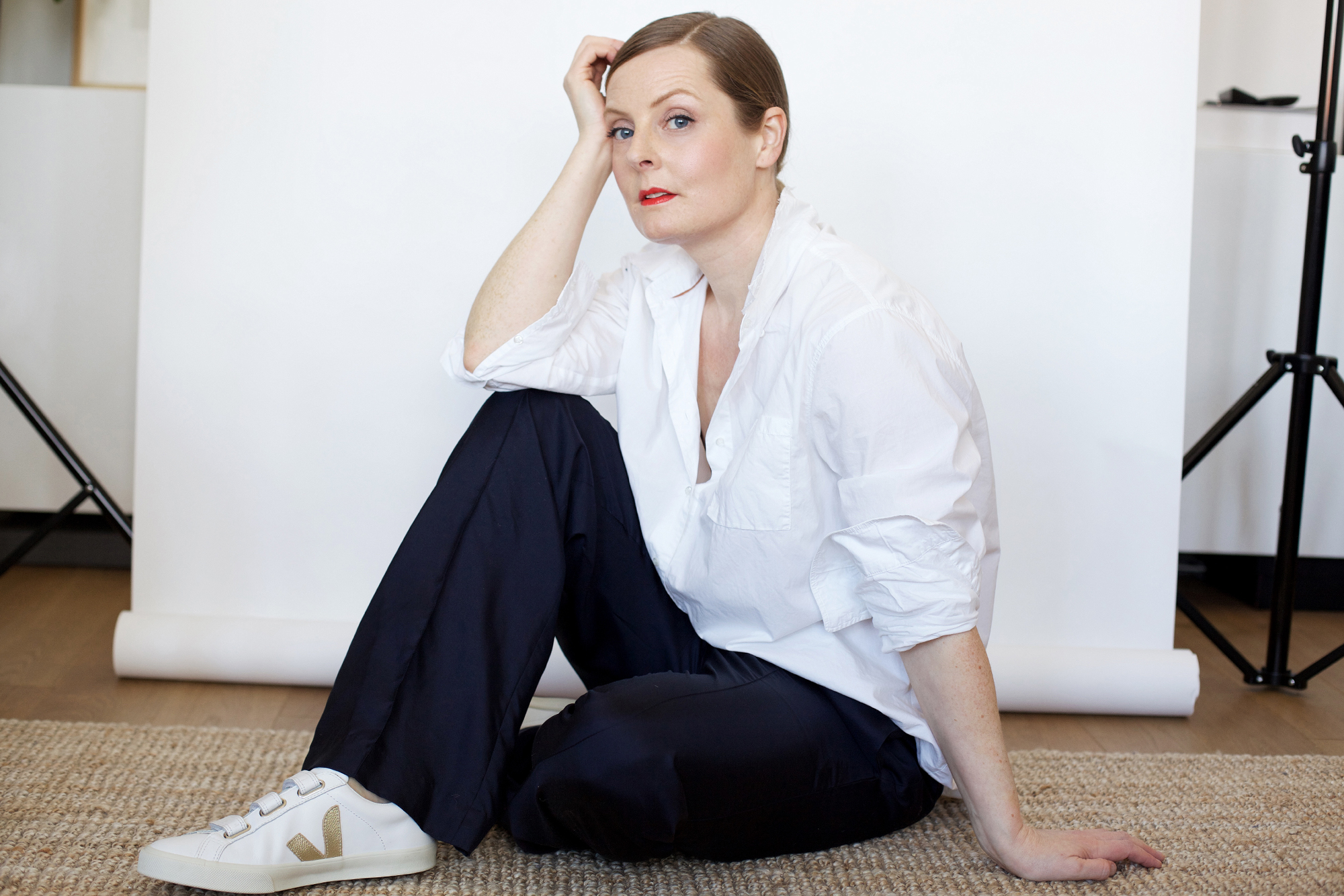 How do I start?

Should I even start again?

I’ve been asking myself that a lot during my six-month break from blogging. The break wasn’t planned, much like none of the other long breaks over the last few years had been planned. It just happened. Or, rather: it was inevitable. Because: two books in two years. Because: family life. Because: renovating an apartment. Because: day job.

Blablabla. I got so tired of my own justifications – which are sound reasons, but always sounded like lame excuses to me –, that I often considered just shutting the whole thing down. Wouldn’t that be easier than dealing with the anxiety of not posting anything for twothreefour months? Except! Except that I kept thinking: you should write someting about THAT. About a sensational hair product I had discovered as well as my high school reunion, where everybody looked a bit greyer than 20 years ago. About turning 40 oh so sooooon. About my relationship with my body and why it scares me to write about it. About that week in early January when I simultaneously lost my suitcase and got delivered a substantial tax bill, which forced me to reorganize my finances.

So. In the end I decided to just begin with that and see where it goes. Because maybe the better question is this: How do I continue blogging – and start having more fun with it? Granted, I didn’t think it was hilarious to lose a lot of favourite clothes (the suitcase did turn up again two and a half months later with all of its contents – looong story –, but I’m still resolved to consider what clothes I really need) at the same time as coming up with a fairly strict spending budget for the rest of the year. But I tried to turn it into fun by throwing a clothes party for one: got out all my stuff, put on some music, tried everything on to see what still fits, what’s not needed anymore and what new combinations I can come up with. And that led me to the idea of regularly featuring items that are on heavy rotation in my wardrobe and how to make them sing in different ways. In short: „1 piece, 3 looks“.

The 1 piece this time: wide-legged silk trousers. Mine are from Arket and you’ll notice that the brand comes up a lot in this post. It was unavoidable. I think that in terms of quality, design and value for money, they’re pretty unbeatable.

I grabbed the trousers in the last Sale (you wouldn’t have believed me anway, if I told you that I stopped shopping entirely). My reasons to buy: the wide cut with a drawstring waist is super versatile and can look both relaxed or chic; the trousers go with at least five different shoe styles; bringing a contrasting texture like silk into my wardrobe makes outfits instantly more interesting.

I’ve worn the trousers at least a few times a week over the last two months and these are my three favourite combinations: with a black turtleneck – not even Elizabeth Holmes can ruin it for me! – and brogues; with a blazer, silk camisole and high heels; with a crisp cotton shirt and flat white sneakers. I bought all of the items myself and have owned some of them for years, but I’ve suggested similar products for you. The only exception are the Veja trainers, which I borrowed for the shoot, and the Aeyde earrings, which were gifted to me. I am, however, a fan of both brands.

I realize that not all of the products are exactly cheap, but I’m convinced that all of them are keepers.

And one more thing: I’d be really happy to hear about some favourites you’d like to see featured in „1 piece, 3 looks“. I have some ideas already… 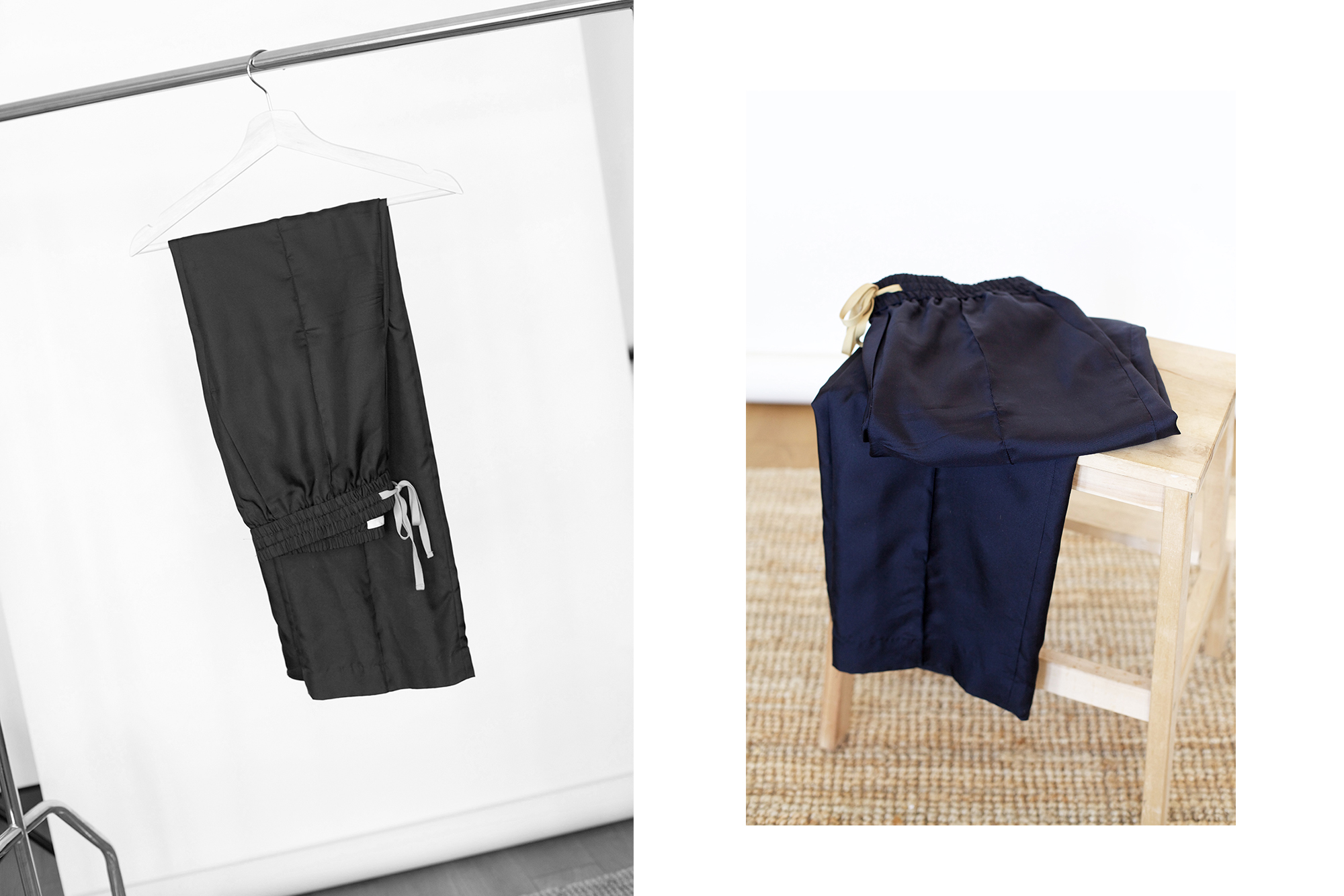 In navy crepe from BY MALENE BIRGER

Black with contrasting stripes in white, green and red from CLOSED 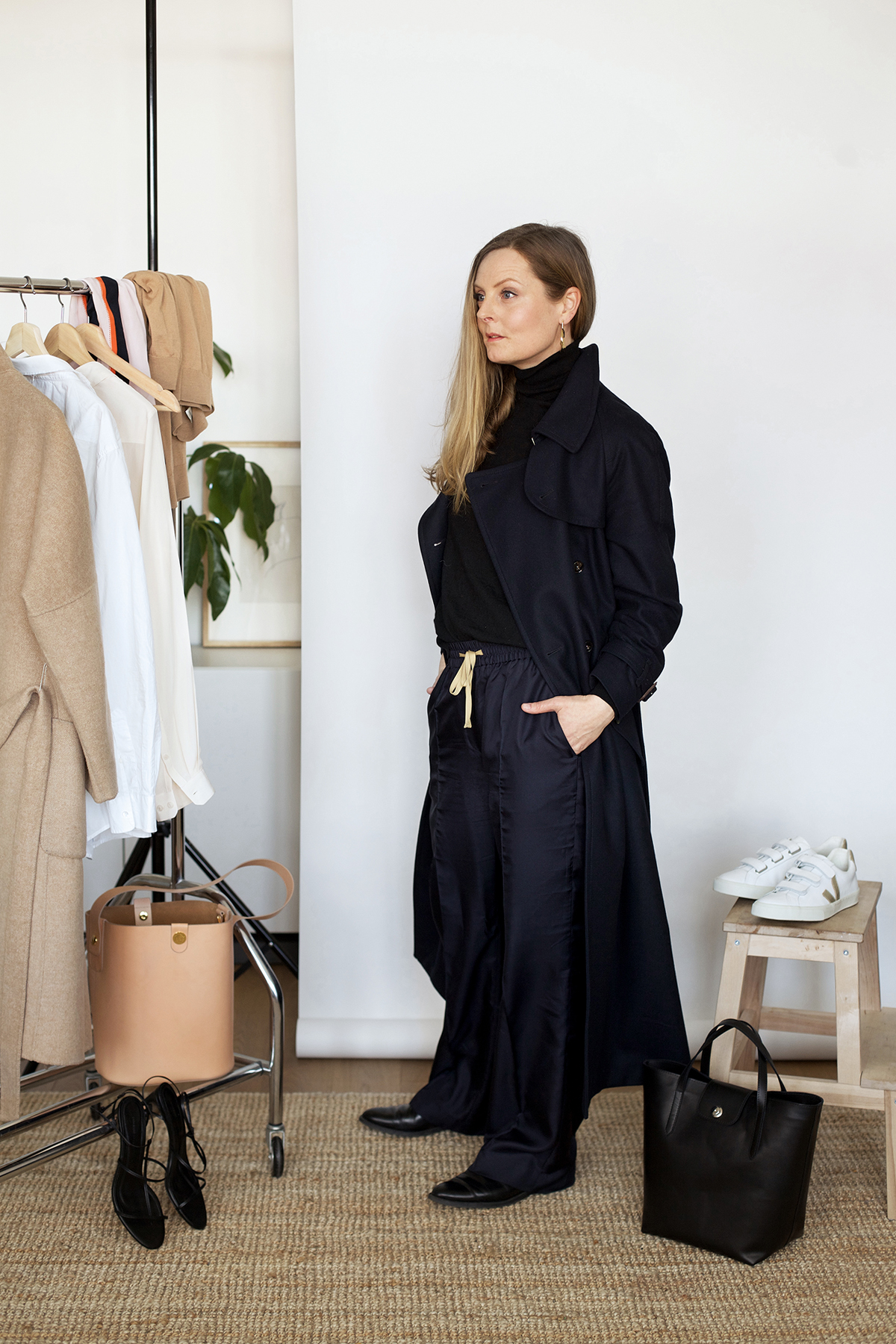 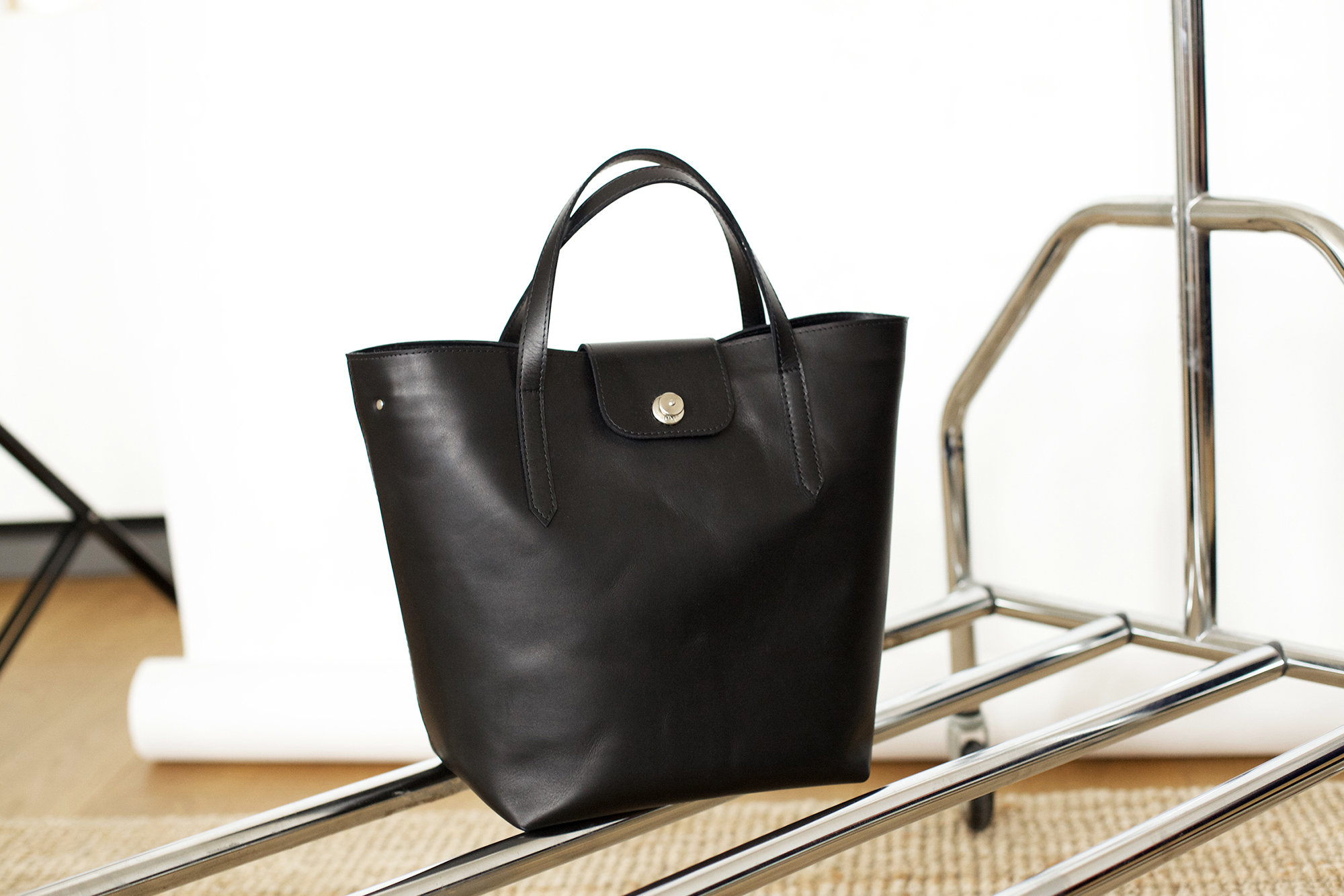 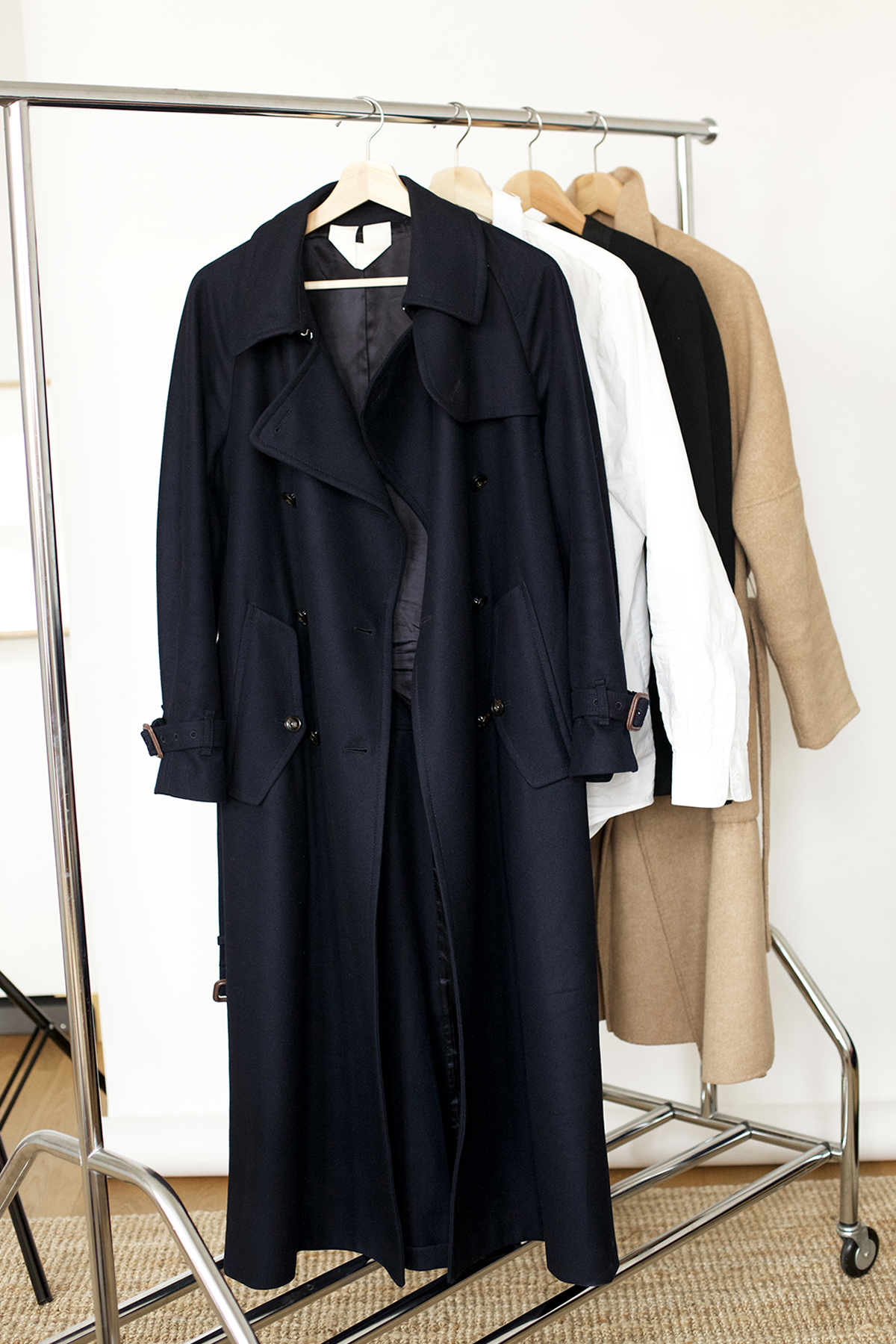 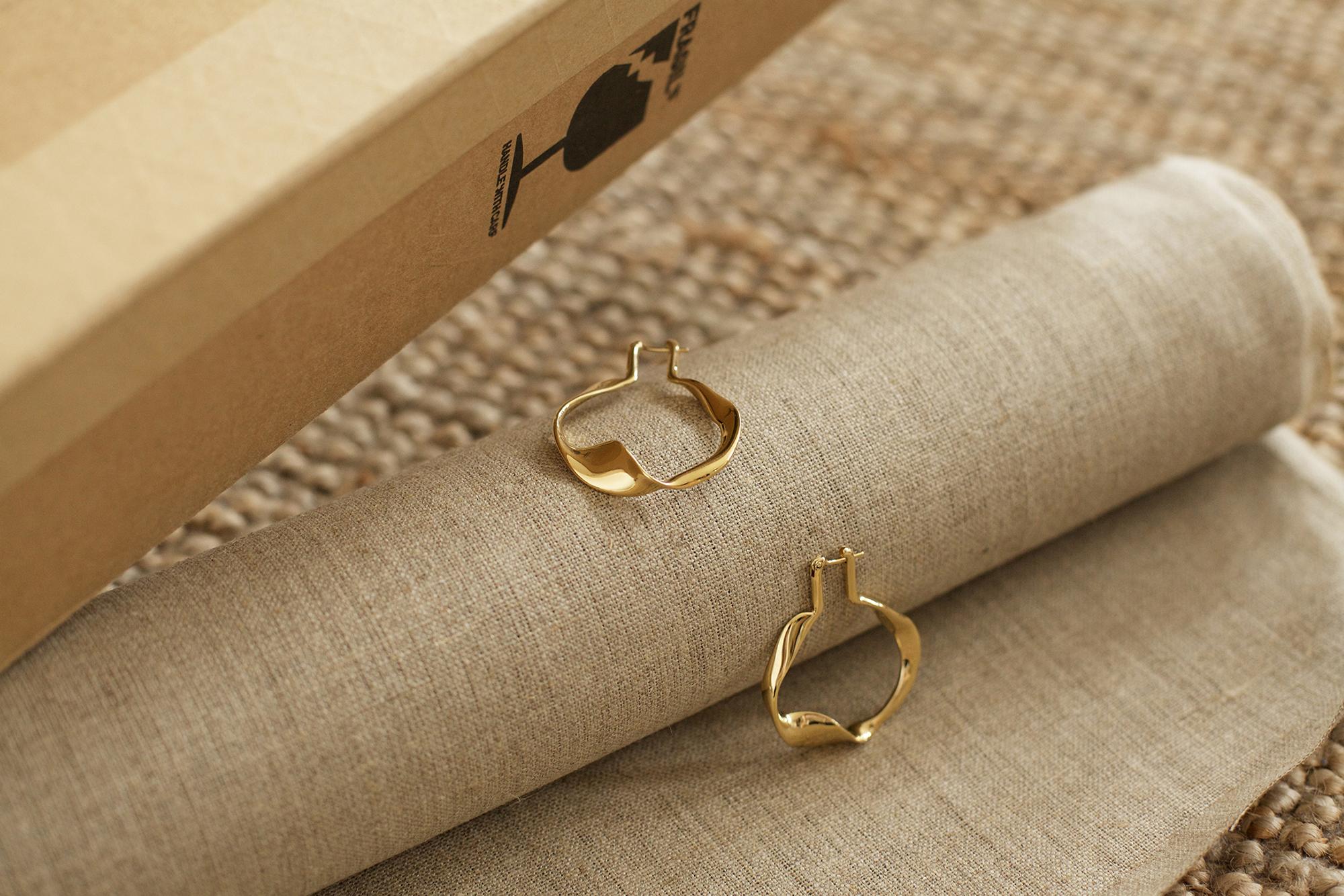 Wool trenchcoat from ARKET (old). Similar styles from & OTHER STORIES and BY MALENE BIRGER. ARKET currently do a shorter version of my coat in black

Black brogues from COS 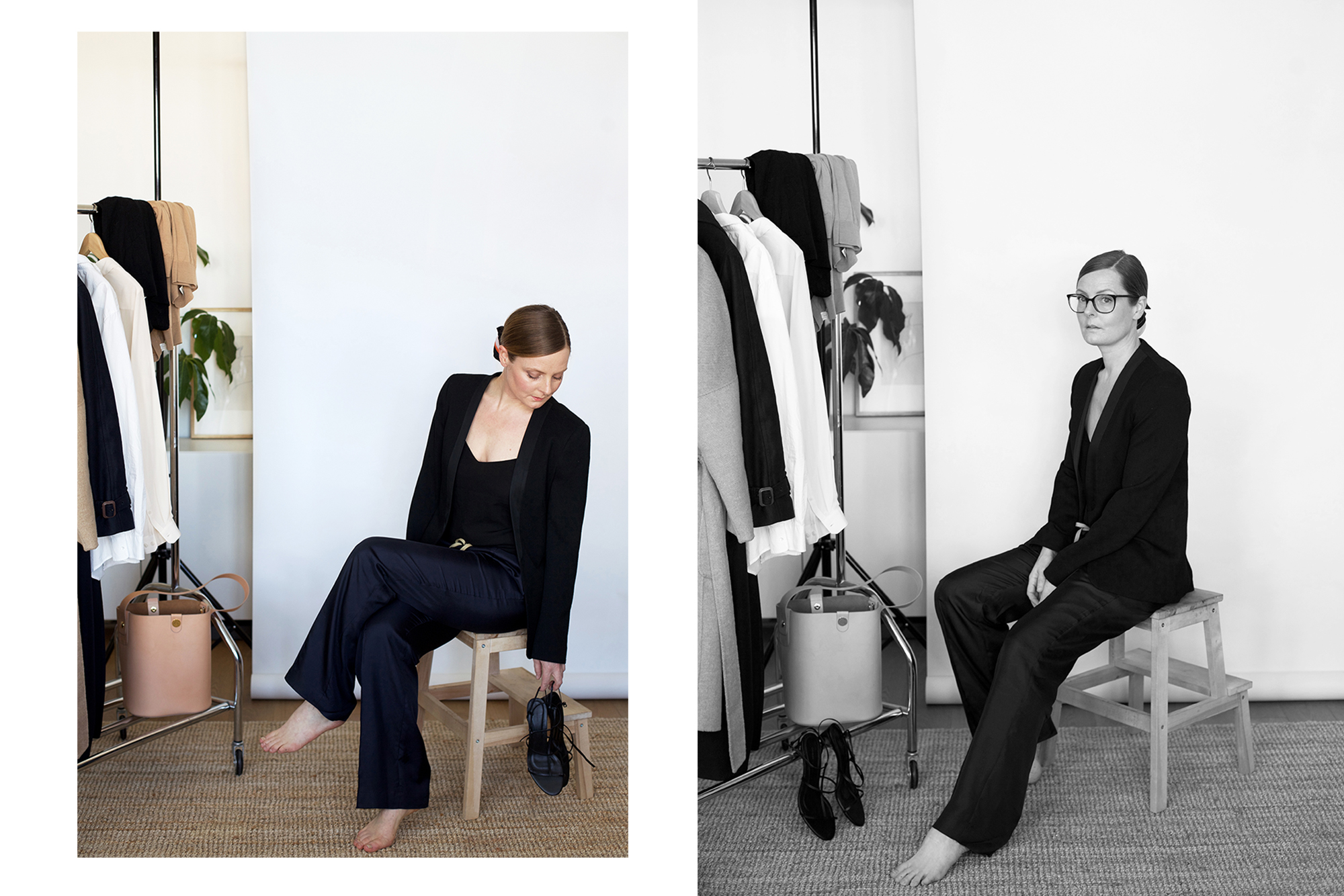 Sneakers „Esplar“ with Velcro fastening from VEJA, with gold details or completely white