9 podcasts that made me listen 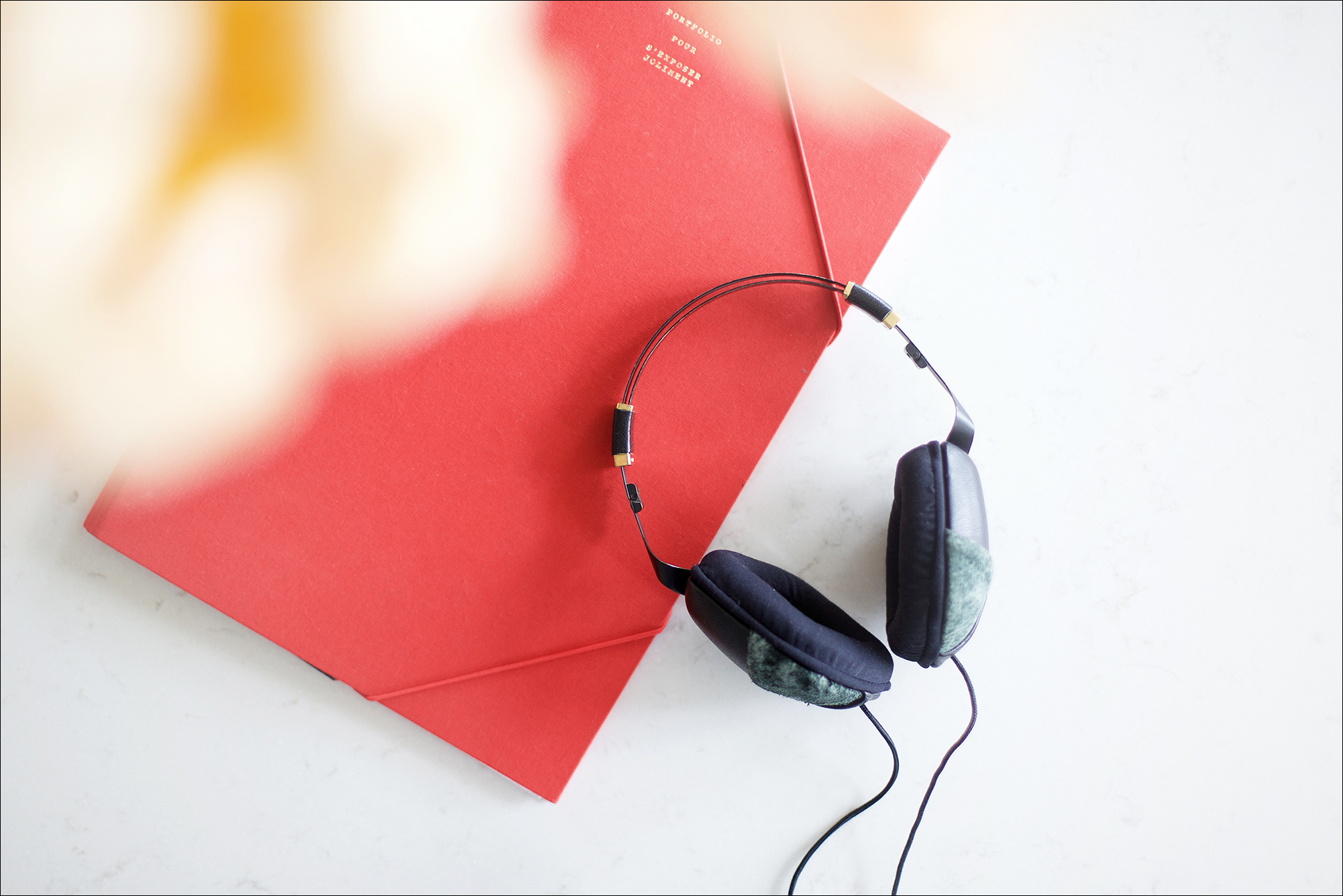 The perfectionist in me would’ve been so much more pleased with „10 podcasts“ in the headline. But finding ten would’ve meant taking an even longer break from blogging.

It was an involuntary break. Just like the break I took last year. And the year before that. There was no particular reason for this latest one, just an accumulation of different things that took up a lot of space and left no room for blogging. We moved last September and besides the VERY large bill that comes along with buying an apartment, we suddenly also had to pay what seemed like a never-ending number of small bills. So James and I very simply had to take on more work. Add to that the effort of moving. The to do lists of day-to-day life. And wanting to spend as much of the downtime as possible with Arlo. By the time he would be asleep in the evening, and we had unpacked yet another box, and had finished yet another work project and put a frozen pizza in the oven, I’d often be too exhausted to sit down and write an inspired blog post.

I’d like to have a plan for the future of this blog. While I’m working that out, I’m just going to write when it’s possible. And this month it’s possible. Maybe that’ll – hopefully! finally! please! – turn into the regularity I’d like to get back to. Although one of the things I’ve discovered in the last three years as a mama is: Regularity? Balance? Eqilibrium? Mwahahahaha! I’m becoming more accepting of the fact that it’s probably never going to get less. I’m trying to roll with it. And punch the perfectionist in the face occasionally.

Something else I’ve discovered lately: podcasts. Took me a while to get into them, but I they’re great listening when you’re assembling IKEA furniture, getting through tedious paper work or, my favourite, while cooking. My gateway drug was The Tuesday Club, an Arsenal podcast by British comedian Alan Davies and friends. But I recognise that a football podcast in general and one about Arsenal FC specifically might not be everyone’s cup of tea, so I’ve compiled a list of other recommendations. All of these are in English, as I’ve yet to find any German podcasts that I find as engaging. Do you know any? Please tell!

| Here’s The Thing with Alec Baldwin |

Yes, that Alec Baldwin. He chats with people like Sarah Jessica Parker, Julianne Moore, Jimmy Fallon, Jerry Seinfeld and Ian Schrager about how they got to where they are. A new episode comes out every couple of weeks and my favourites so far have been his interviews with David Remnick, editor of the New Yorker, stylist Grace Coddington and Thelma Schoonmaker, Martin Scorsese’s film editor for over three decades. The great thing about this pod isn’t just that he gets these amazing people in front of a microphone, but that his mix of nosiness and wit gets them to tell him stories that they wouldn’t normally tell. Listening to them feels like eavesdropping in on two friends in a bar, sharing Martinis and a fabulous time.

When Donald Trump won the presidential election last November, Jon Lovett, Jon Favreau and Tommy Vietor didn’t cry (at least not for long). They founded a progressive media company instead and joined the resistance. And if anyone can get people to be more politically aware and involved it’s probably these three: Lovett and Favreau are former speechwriters for Barack Obama, Vietor was a speaker for the U.S. National Security Council under Obama. Their company Crooked Media has launched five podcasts so far and I listen to Pod Save The World, which deals with foreign policy, and Pod Save America, their „no-bullshit conversation about politics“, most regularly. It’s informative, entertaining and engaging stuff and each episode makes me feel a little smarter on the given subject. Also: a little more enraged. I’d not recommend listening on your commute as you’re likely to shout „Trump tweetet WHAT?!?“ to no-one in a particular on a packed bus. I would however recommend starting with episode 4, in which Barack Obama gave them the last interview of his presidency.

| You Must Remember This |

Karina Longworth tells stories that any Hollywood screenwriter would dismiss as too outlandish. Yet they’re all true: the schemes and murders, the rapid rises and spectacular downfalls of film’s first century, with a cast including Marilyn Monroe, Joan Crawford, Humphrey Bogart, Jean Harlow and Howard Hughes, and multi-part episodes like „Dead Blondes“ or „Charles Manson’s Hollywood“. Exhaustively researched, archly told and so damn glamouros, darlings, that you’d best slip into a silk nightgown and get out your cigarette holder before tuning in.

Serial turned podcasts into a phenomenon in 2014. The people behind it are following up their success with S-Town, another real crime story that cost me a few good night sleeps, as I had to listen to one more episode, and then one more, and another one. The premise is this: A reporter gets an email from a man in a small Alabama town, accusing the son of a rich family of murder. But as the reporter begins investigating the claim, another murder happens… Which is about all I want to give away. It’s a journalistic masterpiece.

Fearless, inspiring, uncensored, funny, whip-smart, introspective. Everything that makes Leandra Medine’s Man Repeller stand out from all other style blogs can also be said about her podcast, in which she sometimes briefly, sometimes at length and always very personally talks about anything from self-love to productivity to miscarriages to self-confidence to body image to sometimes even style. Really, really, really good. I mean, really good.

Has anyone come up with a new word for influencer, yet? Perhaps Camille Charriere and Monica Ainley could give it try. After all, they are what is still known as influencers, with huge followings on Instagram, an undeniable presence in street style and a background as fashion writers. All of which puts them in the front row for their background stories on the fashion industry. They have so far done three episodes, of which two deal with, well, Instagram and street style, and while Charriere and Ainley are delightfully gossipy and engaging, the conversations could be a bit more substantial. But, as I said, they’re only three episodes in and that might still happen. Just as that new name for influencers.

And three quickie recommendations: Women of the Hour by Lena Dunham, This American Life and the rightfully revered Kermode and Mayo’s film review (do yourself a favour and search for Kermode’s legendary slating of Sex and the City. Halleluja!)

This entry was posted in fashion and tagged Fashion No Filter, Here’s the thing with Alec Baldwin, Kermode and Mayo’s film review, Monocycle, Pod Save America, Podcast, S-Town, This American Life, Women of the Hour, You must remember this. Bookmark the permalink. Post a comment or leave a trackback Trackback URL.