a month in fashion (and other stuff) #6 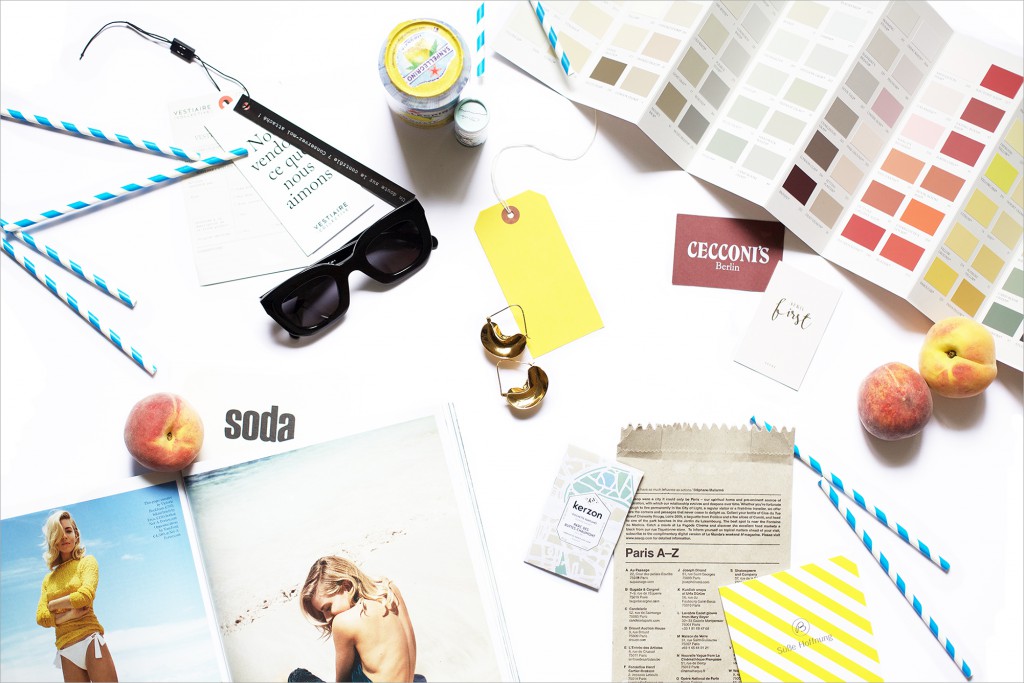 So. After not being able to blog for three months last year, I was resolved not to let that happen again. And it didn’t. This year, I didn’t blog for FOUR months. Is there even anyone still reading this?

If there is: Hey! Nice of you to still drop by. You probably know how it is: no matter how much you try to plan ahead, there’s always a chance of something unplanned happening. And while it frustrated me a lot how little time I had for my blog, the unplanned things that kept happening are actually quite wonderful.

No, we’re not having a second child (yet). But I did deliver another baby. My book. My very own and totally real book. I handed in the final manuscript pages and pictures a few weeks ago and I still can’t quite believe it’s coming out. But it must be, since you can already see the cover online. It’s called Stilvoll. I wrote it and was insane enough to also take the pictures for it. Even through my currently tired eyes it looks pretty amazing. And that’s because of the pretty amazing women I interviewed for it, all of whom share very smart, surprising, I-want-to-stitch-that-on-a-t-shirt insights into what good style is. I’ve tried to add my own, hopefully clever and even more hopefully funny, thoughts on how to take fashion seriously and yet not seriously at all. It’s out on September 12 and available for pre-order.

The other rather unplanned thing that happened is that we bought an apartment. Which I also can’t quite believe. Mostly because the apartment currently doesn’t have any floors, but cables hanging from the ceiling. I’m doing the only sensible thing in that situation: studying the colour chart from Farrow & Ball and spending imaginary money that we no longer have. Because we bought a fricking apartment!

So, no matter what else 2016 has planned for us, it’s gonna have to try pretty damn hard to beat the completely crazy, marked by sleep deprivation, but essentially wonderful first five months of the year.

An indulgence I’ve allowed myself for the old home as well as the new place is a subscription to Bloomon. It’s been delivered five times so far and not once wouldn’t I have picked similar bouquets myself. However, what I like especially is that you can easily pick the bouquets apart and arrange the flowers in a few different vases.

What’s become apparent while trying to tidy out our place is that I have a problem with fragranced candles. Problem, because I’m incapable of throwing away the pretty glass jars, which are obviously all moving with us. The latest addition to my collection: Parc de Buttes-Chaumont from French brand Kerzon. Their candles come with fragranced sachets as an extra and I carry them in my handbag, just because it makes opening the bag just that little bit nicer. Found at the charming Berlin store Papier Tigre.

Another charming new shop in Berlin: April First. Which owner Carolin Dunkel has decorated so beautifully that you’ll want to move in. And keep all of the feminine clothes that Carolin has expertly selected from brands like Ulla Johnson, M.i.h Jeans, Mes Demoiselles, Hironae and Mother Denim.

One of the best evenings in the past few months was spent in the company of a good friend at Cecconi’s. We had wine, we had lots to talk about, we were speechless with happiness over the Burrata, we watched the cooks chopping away and the guests looking beautiful, we ended the evening with a schnaps that wasn’t strictly necessary, but necessary nonetheless. Next time I’m ordering the profiteroles with pistacchio ice cream for dessert. I’ve been told they’re stupendously good.

When my dad saw my new sunglasses for the first time, he asked: „Are they 3D?“ What I should’ve answered is this: „Even better, dad. They’re Céline vision.“ Found on Vestiaire Collective. I don’t often have the patience to look for second hand bargains online, but it was worth the search this time.

Not a bargain, but a treat for handing in my book (and for recently becoming old enough to give myself jewelry for my birthday): The Paniers Doré earrings from Anissa Kermiche, who makes truly stand out jewelry pieces.

You’ll want to dive straight into the pictures that Cass Bird took of Sienna Miller for the latest issue of Porter magazine. Bought, as all of my favourite magazines, at Soda.

Once you’ve read how David Sedaris writes about fashion, you’ll never want to write another word about fashion yourself. You’ll only want to bow down to the master. Here’s his „The Perfect Fit“ in the New Yorker.

Thelma & Louise, 25 years later. Although I refuse to believe that it’s been 25 years already.

Also on my list of forever favourite movies is Almost Famous. Cameron Crowe has now directed a TV show that I can’t wait to see. Just the trailer song for Roadies – Hard Sun from Eddie Vedder – gives me goosebumps.

Next time I’ll need a gift for someone special, I’m getting cookies from So Bang Paris. Cookies? They’re art!

The likeliness that I’ll attempt beauty tutorials at home is proportionally opposite to how much I enjoy looking at them. Like this one: „Five Fashion Hairstylists on How to Create Casual Buns“.

Three fresh brands from the US that I could add to Pinterest all day long: Khaite, from the impossibly cool founders behind The Line. La Ligne, a label that’s based around a love for stripes. And Dôen, who make the kind of bohemian clothes that would have been perfect for living in California in the Seventies.

I’m convinced that I’ll be tired of Justin Timberlake’s Can’t Stop the Feeling by the end of the summer. Until then, I’m turning up the volume at least once a day and dancing around the apartment.

I’m also convinced that I won’t tire of Tom Hiddleston any time soon. The Night Manager is essentially his application letter for playing the next James Bond. Holy. Smokes!

Have I mentioned Tom Hiddleston already?

I really wanted to mention Tom Hiddleston to you.

Honestly, you must remind me to tell you all about Tom Hiddleston.