a month in fashion (and other stuff) #7 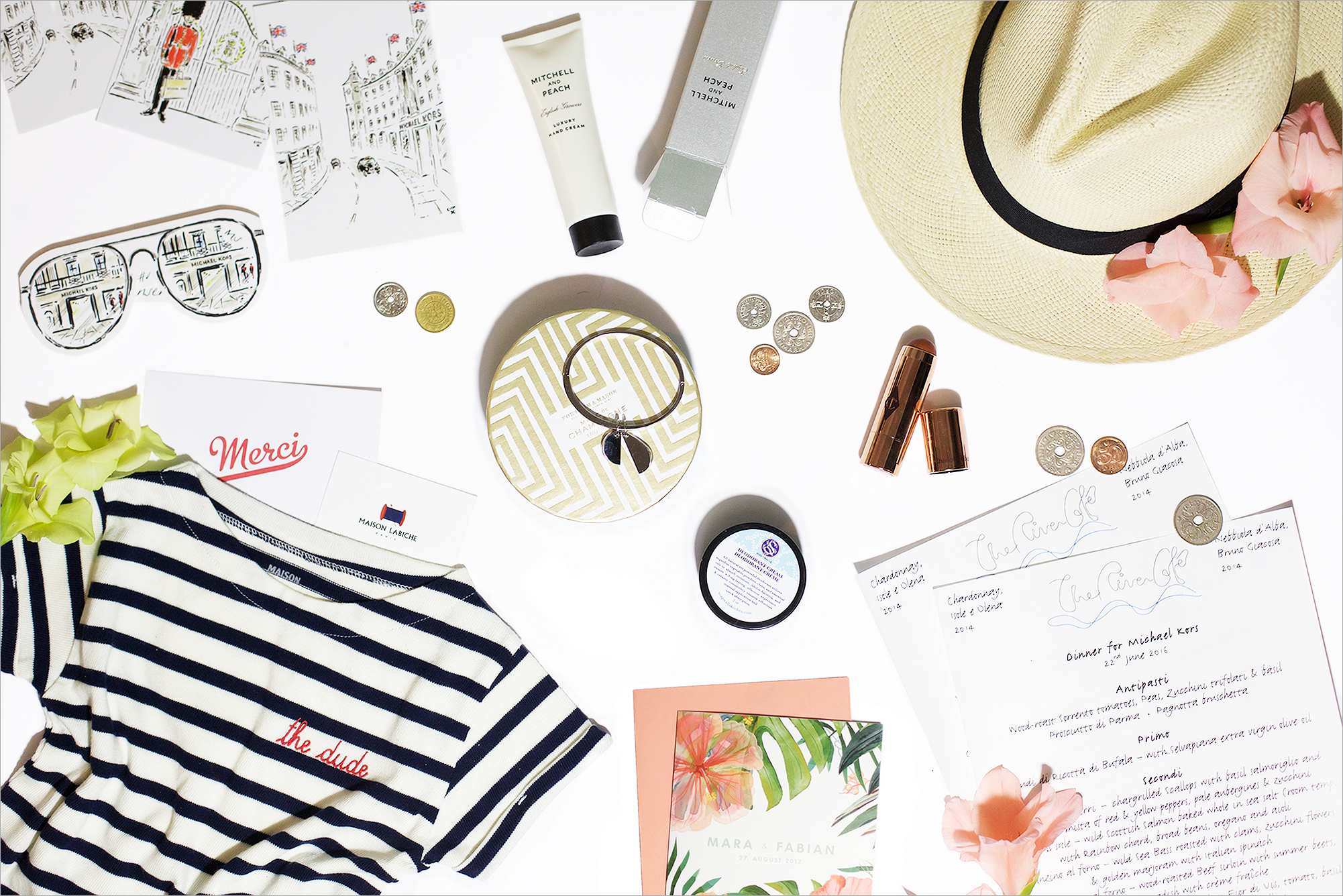 Two more days and we’re of to Denmark for a week of hanging out at my parents’ summer house, eating soft ice by the liter and building sand castles that Arlo will surely demolish with his incredible two-year-old energy – and my goodness, is he two at the moment! The weather forecast is for 18 degrees, cloudy with a chance of rain. I’m packing my new panama hat anyway. I found it, once again, at the farmer’s market on Kollwitzplatz here in Berlin, where a very knowledgable hat vendor sets up shop during the summer months. He’s very good about giving advice on how to care for straw hats. He’s also very good about holding up a mirror when you can’t decide between three hat styles for absolute ages.

I’m also taking my Charlotte Tilbury Beach Stick in Ibiza. For that Balearic glow, even if I’m sat on a beach by the Baltic Sea.

I bought the Beach Stick at the fabulous Charlotte Tilbury counter at Selfridges in London, which I only mention as an excuse to bring up Selfridges and their genius Paint Shop. Take a half hour break from whatever you’re doing the next time you’re in London and book a speedy manicure. The waiting time is negligible, the price reasonable and the manicure lasts longer than any other I’ve tried. Although spending any time in the beauty section at Selfridges has the same effect on me as a holiday, manicure or not.

I went to London to interview Michael Kors in a very professional manner. You can read my portrait of him in the upcoming September issue of Harper’s Bazaar, which starts with mentioning the dinner for Michael and 100 of his BFFs. Because how could I not mention that I sat in spitting distance from Elle MacPherson, Jenson Button and Dame Joan Collins – Dame Joan Collins! – and spent the whole evening with my mouth gaping open. Except when the next course was served. I completely understand the hype surrounding the River Café now. The best Italian in the world, said Michael Kors without exaggeration. He wasn’t lying. By the time the chocolate nemesis was served for dessert, I had to capitulate. Then again, I had eaten every last bite of the Gnudi di Ricotta di Bufala (translation: cheese filled with cheese sprinkled with cheese). If I ever get a reservation at the restaurant under normal circumstances, I must remember not to eat for the rest of day. I still dream about that chocolate nemesis…

Speaking of Gwyneth Paltrow. Well, of course her New York apartment „floats above the cobblestone streets like a pale, dreamy cloud“, as you can see in this home story. (As much as I’m rolling my eyes at this description, I have an inexplicable affection for Gwyneth. Inexplicable because she could dictate such sentences to her minions at Goop a thousand times and I’d still find her amazing).

I got to know the brillant fashion illustrator Clym Evernden at the event in London. I wish he sold his drawings because I’d sure like to have one.

As far as I know, we have no plans to get married any time soon. But if we did, I already have an idea who I’d want to make the invitations. Anna Härlin from Studio Ja Ja designs wedding stationary just as I’d like it: personal, special and one hundred per cent non-kitschy, as you can see from the inviation in the photo.

A big ‘yes’ also to the new Bridal Budget Boutique from Kaviar Gauche (Torstraße 62, 10119 Berlin) that’s stocked with vintage designs, press samples and one of a kind dresses, as well as matching accessories, all at considerably reduced prices.

A couple of days ago, Arlo refused for the first time to put on his (damn cool) trainers and insisted on wearing his (stylistically questionable, but at least orthopedically impeccable) sandals. Which can only mean one thing: the window of opportunity to dress him according to my taste is closing! So until he demands to wear Minions t-shirts and Cars pyjamas, I’m putting him in things that I love even more frequently, like his new marinière from Maison Labiche with ‘The Dude’ stitching. The brand is not exactly an insiders’ tip, but worth mentioning nonetheless: Maison Labiche stitch t-shirts, sweatshirts, shirts, marinières and other pieces with cool quotes or even personalised text. All available through their online shop. Although their charming store on 24 rue de Poitou in Paris is really worth a visit, as I recently discovered. Another discovery and just around the corner from the Maison Labiche boutique: Boot Café, supposedly the smallest café in Paris. Certainly the one with the best coffee.

I went to Paris for the presentation of the special edition jewelry collection from designer Miranda Watkins for Skagen. Really interesting woman, very lovely collection. You can see the bracelet with detachable charms in the photo. I’ll show you the rest very soon.

Simply sculptural – more jewelry like that from three brands I’ve got on my radar: Jessie Harris, Faris and Studio Mason.

The Olympic Games. Will you be watching? Won’t you? I’m unsure. I am sure however that this portrait in the New Yorker of Simone Biles, the world’s best gymnast, is A-MA-ZING. So is the story of the first refugee team in the history of the Olmypic Games, beautifully captured in this piece in Sports Illustrated.

Who wouldn’t want to see all, and I mean absolutely all, of the outfits worn by Patsy and Eddy in Absolutely Fabulous (the TV show, not the movie)?

I’m assuming Melania Trump has been practising her delivery of Single Ladies ever since she saw this video.

I love stories about fashion dynasties like this one about Gucci! The murderous wife! The contract killer! No less sensational: this  article in Vanity Fair about the demise of legendary New York boutique Charivari.

Another New York institution that is sadly no longer around: Bill Cunningham, the wonderful photographer who chronicled street style for the Times since long before it became fashionable, passed away at the end of June. The Times celebrated his life with a some lovely features. I was especially touched by his colleagues’ memories of him. And those of the people he captured. I’ve since watched the documentary Bill Cunningham: New York again. A remarkable film about a remarkable man.

Ryan Gosling. Emma Stone. Sing, dance and fall on love in Lala Land. Can I see this movie now? Please?

This is how David Sedaris travels.