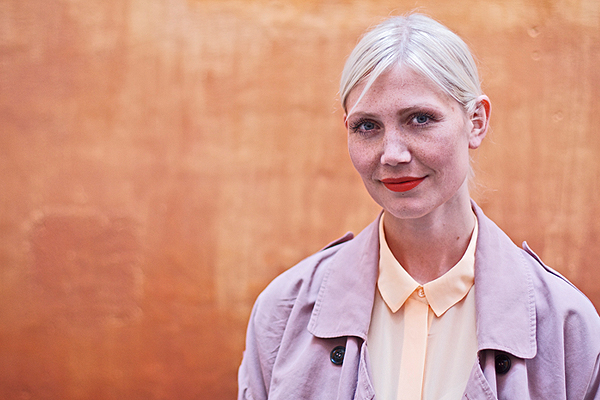 I’ve never given much thought to my freckles. They’re just there. And they’re everywhere, mostly on my face and my arms. It always suprises me when someone says they’d like to have some, too. I do kind of like that my skin works as a weather report – you can tell how many hours of sunshine a day has had by looking at the tip of my nose. Still, I’d rather get a bit tanned in the sun instead of just going speckled. I guess freckles are one of those things that I’d never consider special about myself, but that I find beautiful in other women. Women like Nina. When I met her in Copenhagen, they were the first thing I noticed about her (the second thing was her lipstick. From Topshop, if you’re wondering). But what really got me was the burst of stars across her face. This is what summer looks like to me. And if you, like me, want to hold on to summer a little bit longer, you should have a look at the photo spread of women with freckles in the current issue of ZeitMagazin, alongside the lovely text from Lina Scheynius about her own freckles. Look at Emma Watson on the cover of T Magazine, too. And Gisele in the David Yurman campaign. Her freckles make her face even more beautiful, if that’s at all possible.

This entry was posted in beauty, fashion, fashion week, hers, street style and tagged Copenhagen fashion week, freckles. Bookmark the permalink. Post a comment or leave a trackback Trackback URL.