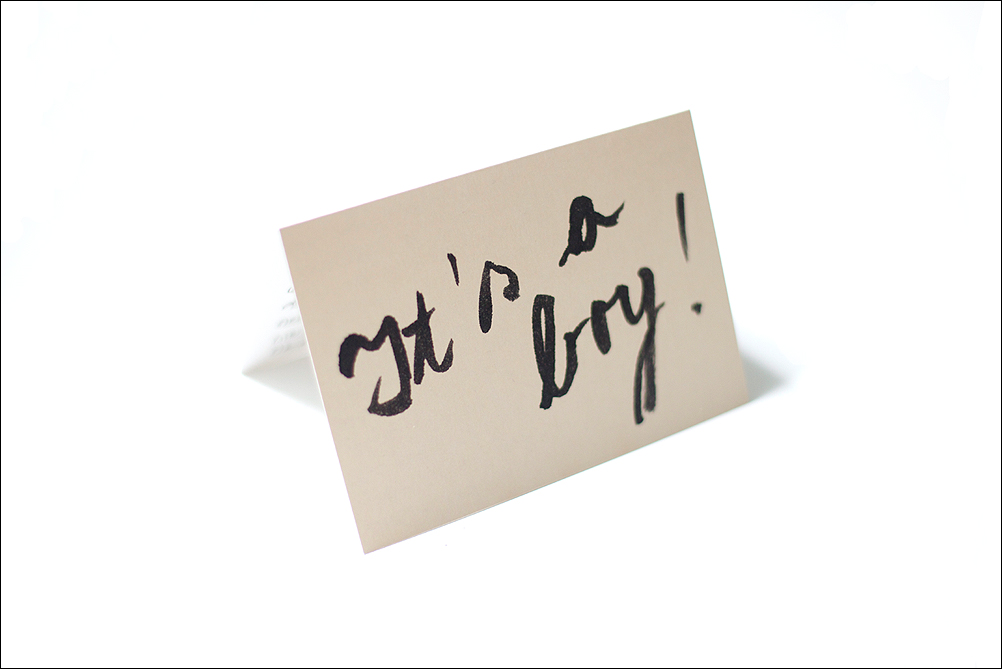 I know it’s been quiet around here lately. Perhaps you’ve guessed the reason for my silence already. It’s because life elsewhere suddenly got a lot noisier. Our boy Arlo Elliott was born four weeks ago, surprising us with both his early arrival and with a joy so overwhelming we couldn’t have dreamt was possible to feel. There are moments I still can’t quite connect the human being that was growing inside of me with the little baby sleeping beside me on the sofa right now. So that was him, kicking every time his dad talked to him through my belly button. Now he’s very much his own person already. One who still knows how to properly kick.

There are also moments when I start to do something besides sitting next to him on the sofa, admiring his perfect little nose and coming up with idiotic nicknames (isn’t that right, my little potato?). And then he wakes up and next thing I know it’s three days later and I still haven’t finished whatever it was I started doing. I wrote the first sentence of this post last Thursday. Maybe I’ll manage to write the last one today.

I’m on Arlo’s schedule now, one that involves a lot of eating (for him), sleeping (also for him, certainly not for us) and being carried around, listening as his mother tries to remember the Danish lullabies my mother sang to me when I was little. Even though everyone tells you that it’s impossible to imagine how a child changes your life, I had of course asked myself exactly that: What will change? Now I know. Everything. And at the same time: nothing much at all. Because having him here with me feels like the most normal thing in the world. It’s impossible to imagine that there ever was a time when this wasn’t my life. Every moment with him feels like a discovery. Did you know for instance that babies can purr like a cat one minute and sound like a drunken pirate the next? Obviously the cutest drunken pirate you’ve ever seen. Yes, I have become one of those people who think their child is a miracle. I can’t help it. I could look at this little boy for hours and not ever get tired of it, even though I am more tired than I have ever been, amazed at how much he grows and changes every day. I’m certain that in the time I’ve sat here writing this, he’s discovered yet another noise to tell me: Food! Now!

We had been in the hospital for a few days when the baby blues hit me. I had heard this might happen. The change from pregnant to not pregnant opened the floodgates and I started crying. And crying. And crying. And when I was done with that I cried some more. A friend who had her son around the same time as I had mine called herself the „hormonster“ during this period and that’s exactly how I felt. I couldn’t control it. I couldn’t stop it. I couldn’t tell James what was wrong. Because nothing was. And yet perhaps that was exactly it: nothing was wrong for Arlo either and I realised that it was up to me to always makes things right for him. I was crying with happiness as much as with worry. I could’ve prepared all that I wanted for being a mother, I still could have never prepared for this breathtaking need to protect him.

So that’s what it feels like when you meet the love of your life.

While I’m getting used to all that’s new, I’ll return to blogging in the next few weeks. I have more time for a picture and a few lines on Instagram right now. You can follow me here. And occasionally see photos of a deliciously cute drunken pirate.

Thank you to everybody who wrote or just kept us in their thoughts as Arlo, James and I became a family. Oh, what an adventure it will be!

This entry was posted in fashion and tagged Arlo, card, It's a boy, Petersen. Bookmark the permalink. Post a comment or leave a trackback Trackback URL.