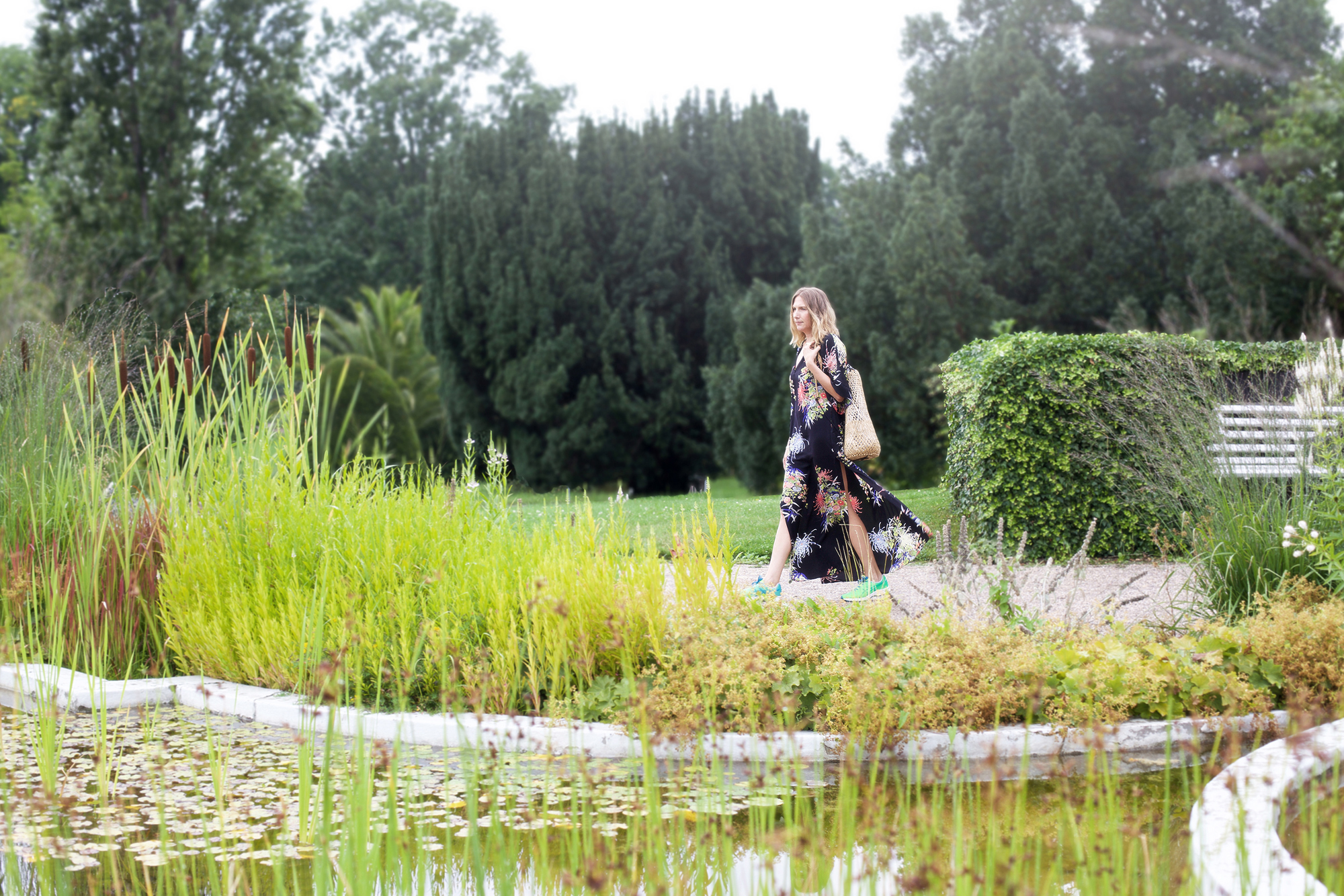 This blog is effectively nothing but an excuse to ask women that I admire about their style. One such woman is Anja Timme. I’ve wanted to interview her ever since we first met last year, when I very impolitely kept staring at her bamboo handbag: a crescent-shaped Japanese picnic basket that I was afraid would be vintage – it is, more about which later –, but I didn’t have the guts to ask her about it. She had paired a pencil skirt, t-shirt and trainers with the bag and looked so competently cool that I immediately thought of a dozen other things that I wanted to ask her about fashion. 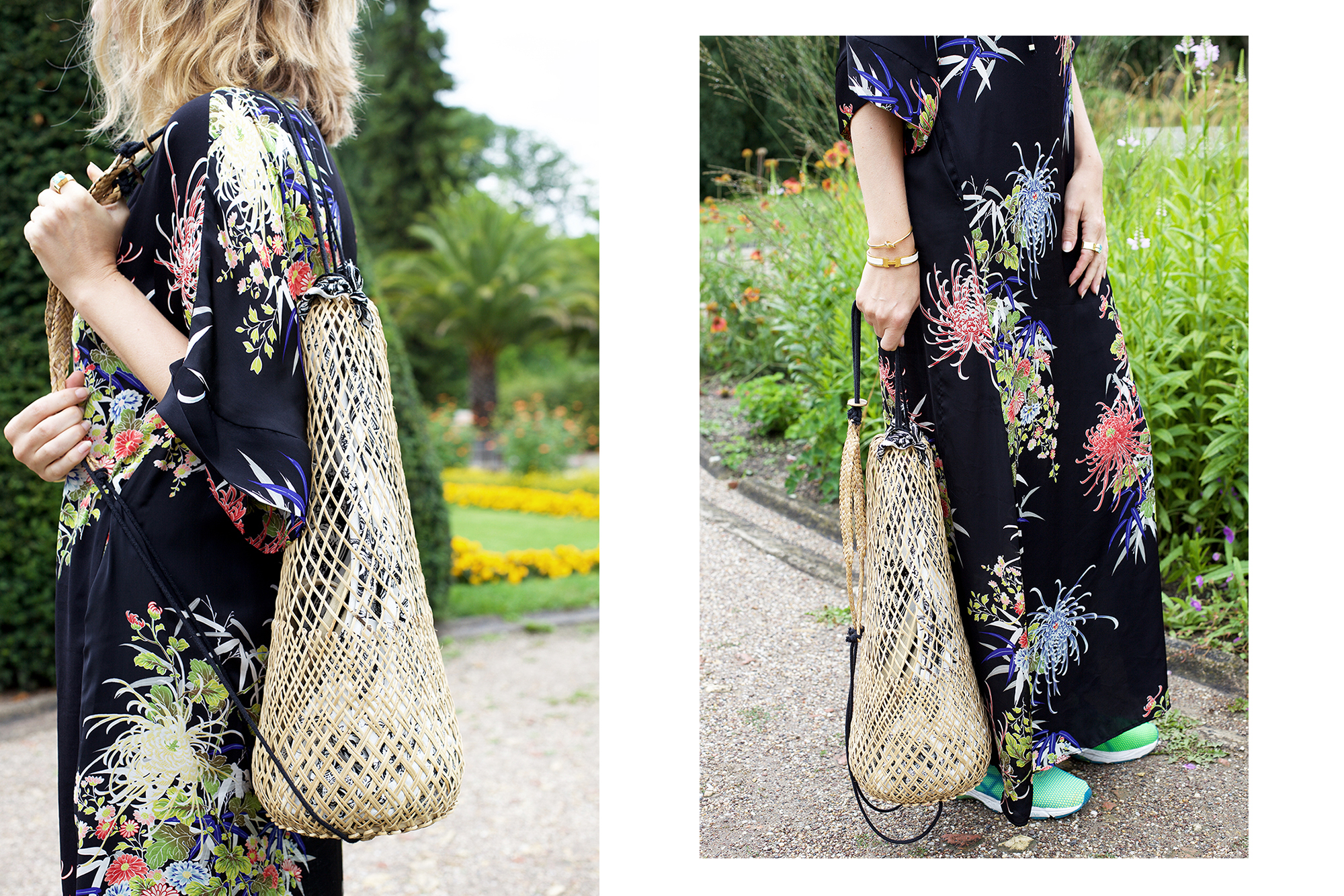 Firstly. And secondly, I really needed to know the story behind her collection of woven bags when she wore another one the second time we met, this time in combination with a cozy wool coat in the middle of winter.

Surprisingly, Anja was a little startled when I told her I wanted to hear more about the bags. „I didn’t realise how many of them I have until you asked“, she said this summer when we met up for the pictures. „I guess it started when I was looking for a day bag that would be practical, but special and not cost a ton of money.“

The picnic basket, for instance, is a childhood keepsake that Anja re-discovered in her storage. The little suitcase that you see a little further down is also vintage. She bought the fish-net-shaped rucksack on a trip to South Africa. And the bucket bag isn’t actually a bag, but a seaweed basket that Anja repurposed. An idea I liked so much, I copied it on our recent trip to La Maddalena. And not the only thing Anja has inspired me to do. 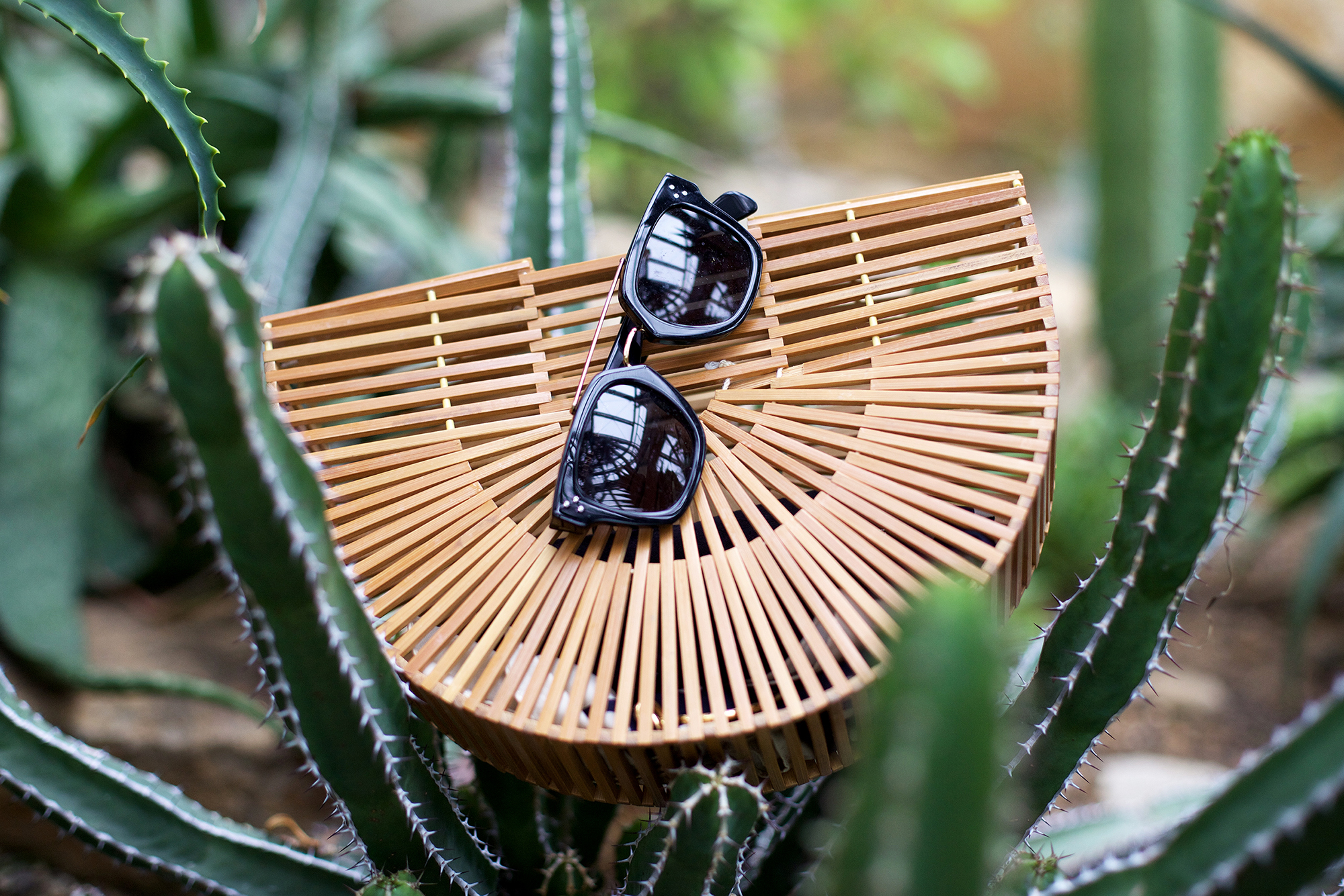 || Don’t be afraid to make mistakes. I wouldn’t have automatically put a straw bag with any of Anja’s outfits, but they make perfect sense with all of them. Because who’s to say that a miniature suitcase isn’t a great addition to black trousers and a white blouse? Or that a bathing suit doesn’t go with masculine pants? Or that trainers shouldn’t be paired with a sweet floral dress? There is consideration behind her chutzpah though. „I’ll always add an accessory, be it shoes or jewelry, that either picks up a corresponding colour in the outfit or is a shade that clashes nicely with the rest“, she says. I’ve certainly taken note of the combination of cornflower blue and mustard yellow. In other words: I wouldn’t have minded walking of with her No. 21 slides after our shoot. 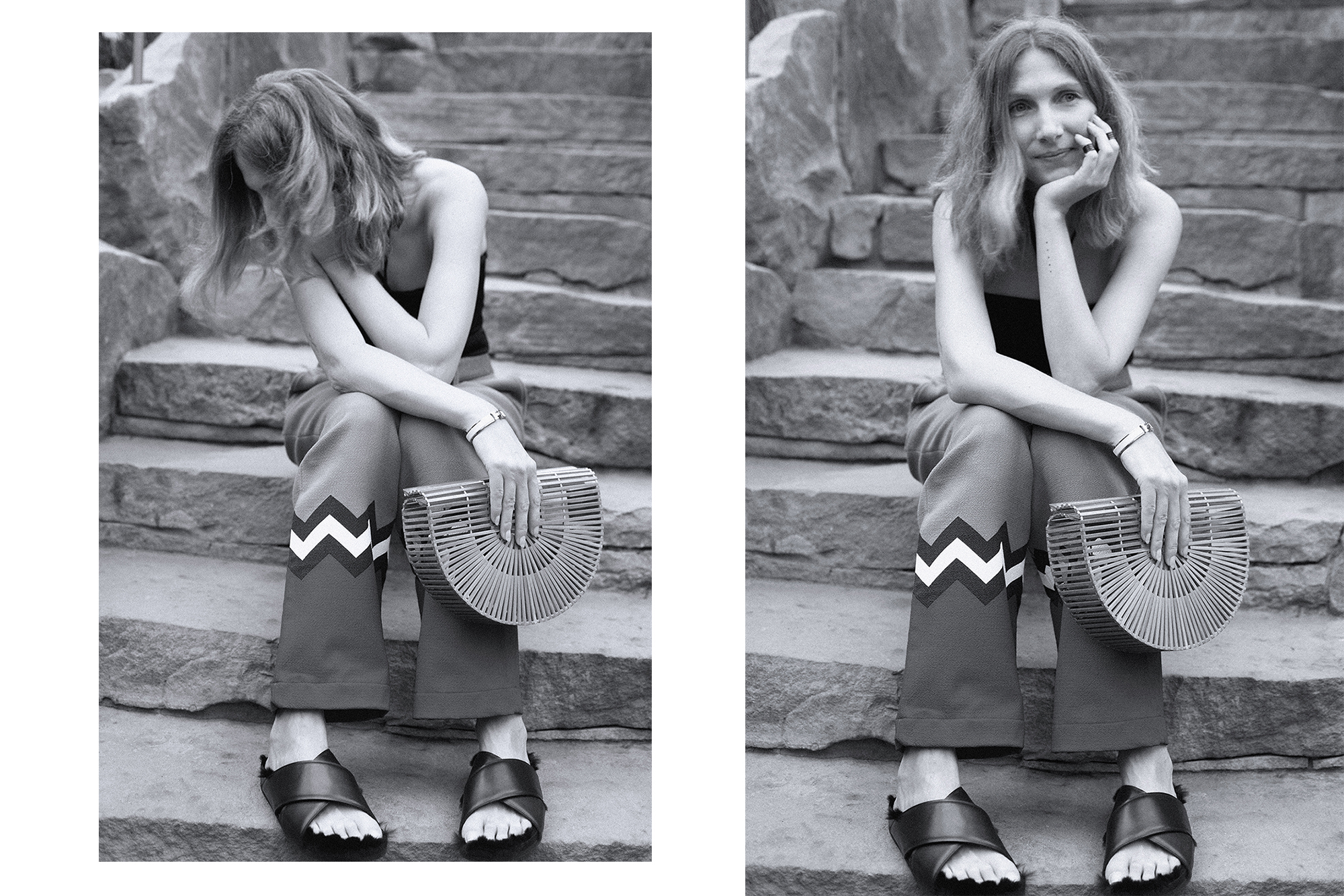 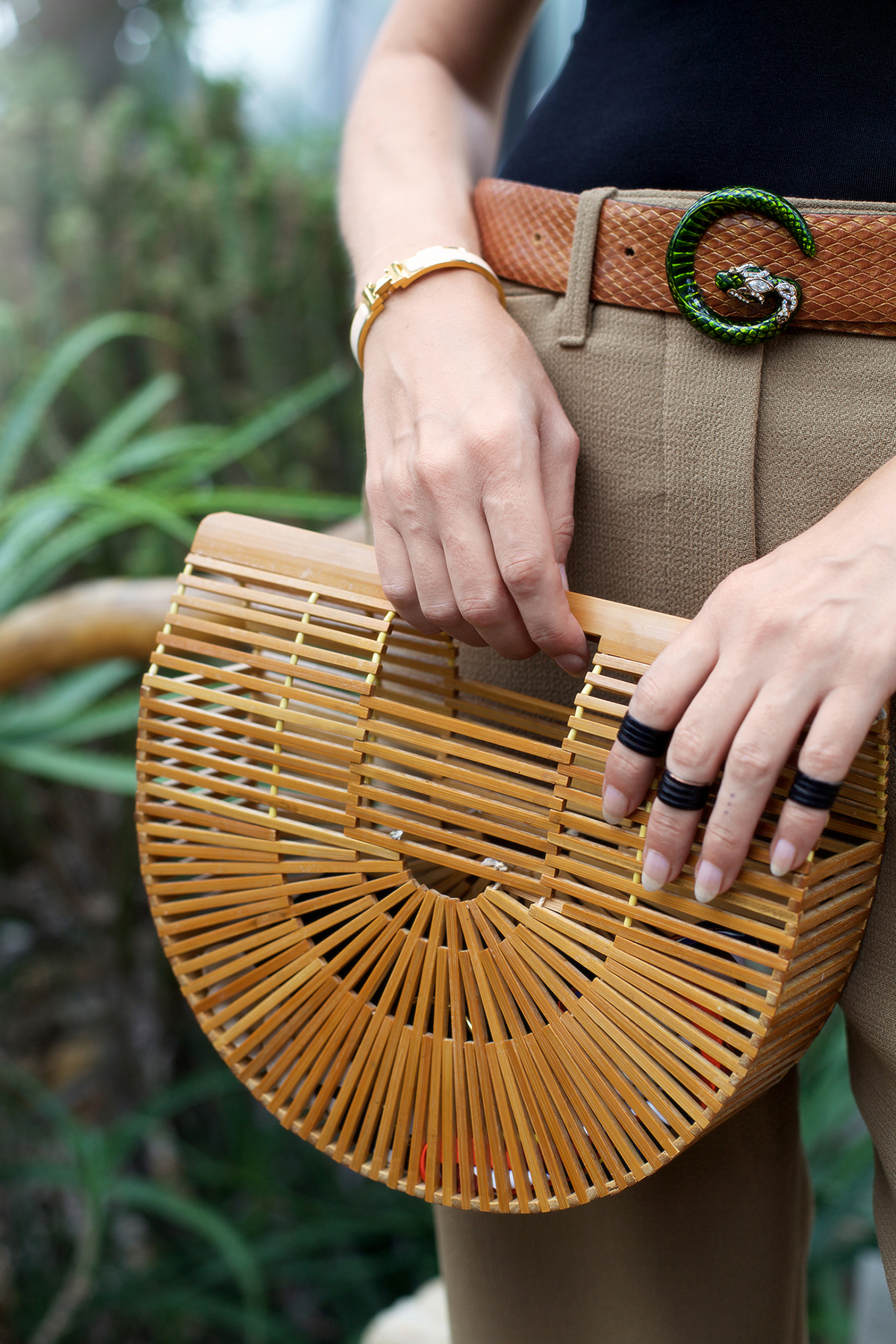 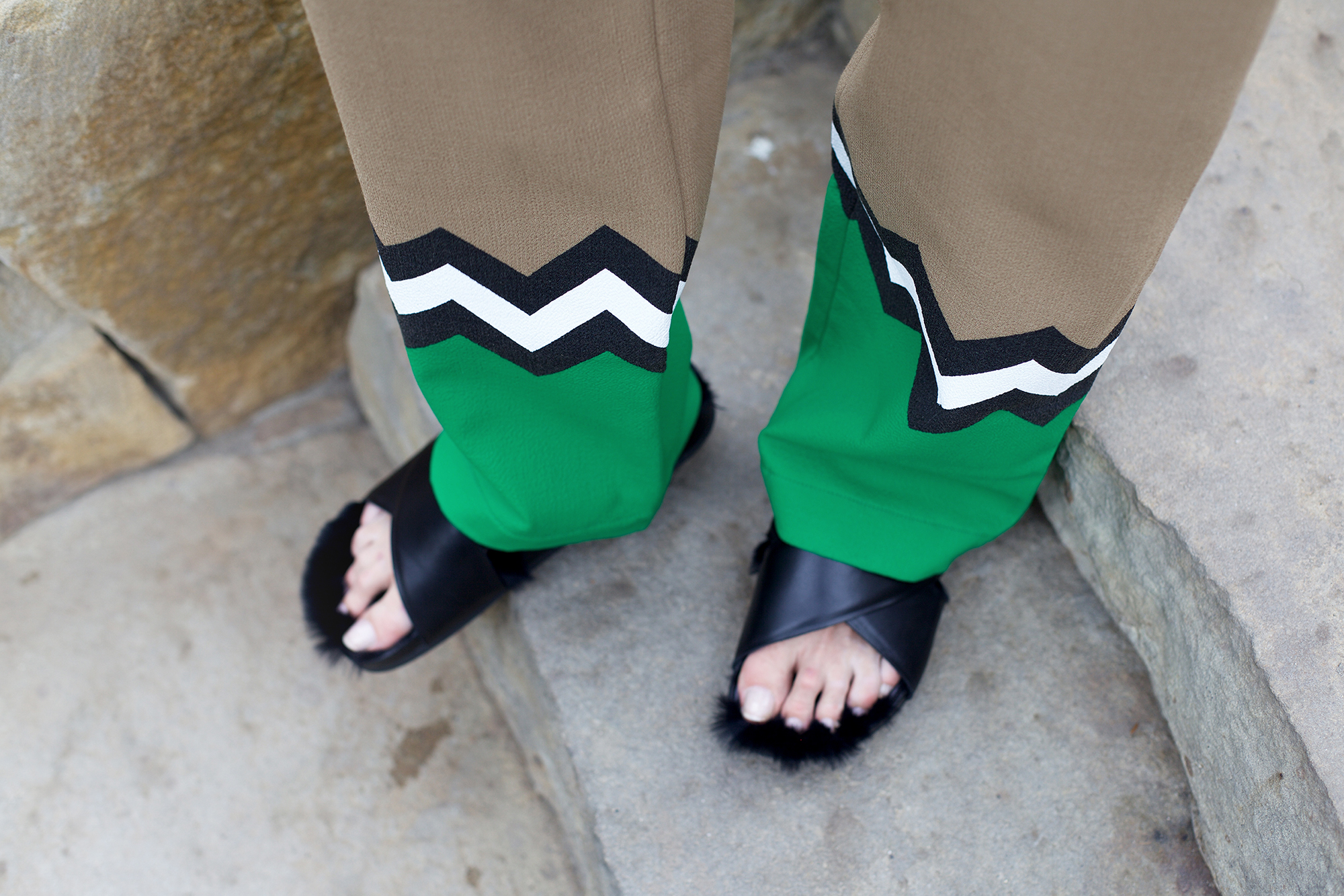 || Enjoy every detail. You don’t see it in these pictures, but Anja had her initials stitched into the cuff of her blue shirt. What you also don’t see is that she inherited this sense for subleties from her father. He’d mostly wear jeans, shirt and a leather jacket, but he also had fun with fashion and even a suit would never look boring on him. There was always something special about what he wore and the father-daughter shopping trips are a cherished memory. „We were pretty limited when it came to fashion in the GDR“, she says. „It was all about improvising and my dad was masterful at it.“ I get the feeling that he, too, would enjoy making a plain shirt from H&M look like a custom-made piece. 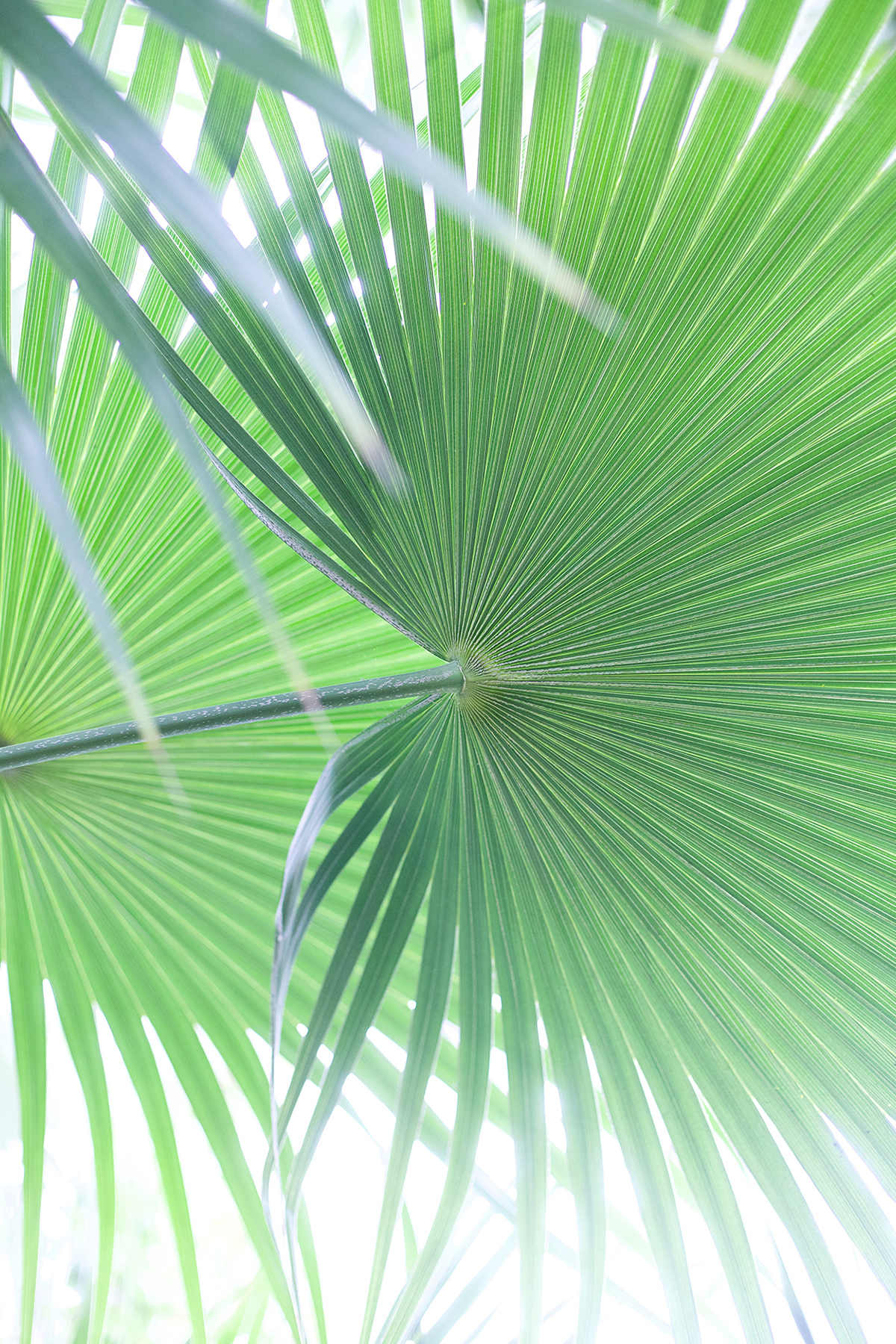 || Get dressed for yourself. That might not sound like groundbreaking stuff, but I can’t be the only one who keeps buying things that are not ‘me’. And yet, the realisation of who you are and what suits you, is something to celebrate. „I’ll occasionally wear heels, but when you’re 1,80m like me, high heels are instantly such a capital statement“, she says and gets creative with flats instead. || Keep, keep, keep. It’s not just a few of the bags that are vintage, Anja isn’t wearing anything in these pictures that’s brandnew. She’ll store a dress from Zara as well as a 1980s belt from Gucci with a snake clasp that might currently make a few people green with envy. She might not wear something for a few yeras, but what’s that saying? Everything comes back eventually. Besides, I really like the idea of looking at your closet as a life’s archive. || Be your own stylist. We had decided to take the pictures at the Botanical Gardens in Berlin-Dahlem. What we hadn’t decided was that it would drizzle all day. I would’ve totally understood if Anja had wanted to get back home as quickly as possible, but she was such a trooper and took time even on the third outfit change to swap her rings and fold the shirtsleeve up in a way that corresponded with the bag. She pays attention even when she’s not in front of a camera and her care in putting single pieces together for a whole image makes her looks so memorable. Besides, as soon as I started thinking of myself as my own stylist, I had so much more fun getting dressed today. | Look 1: Dress from ZARA, trainers from ASICS, woven rucksack from a trip to South Africa |

*I couldn’t get that basket out of my head, so I scoured the internet for something similar. And I foud it! Tadaa: the Gaias Ark bag from CULT GAIA. Now, how to get around customs…)

This entry was posted in fashion, hers, my style and tagged Anja Timme, bamboo bags, My Style, Portrait, straw bags. Bookmark the permalink. Post a comment or leave a trackback Trackback URL.