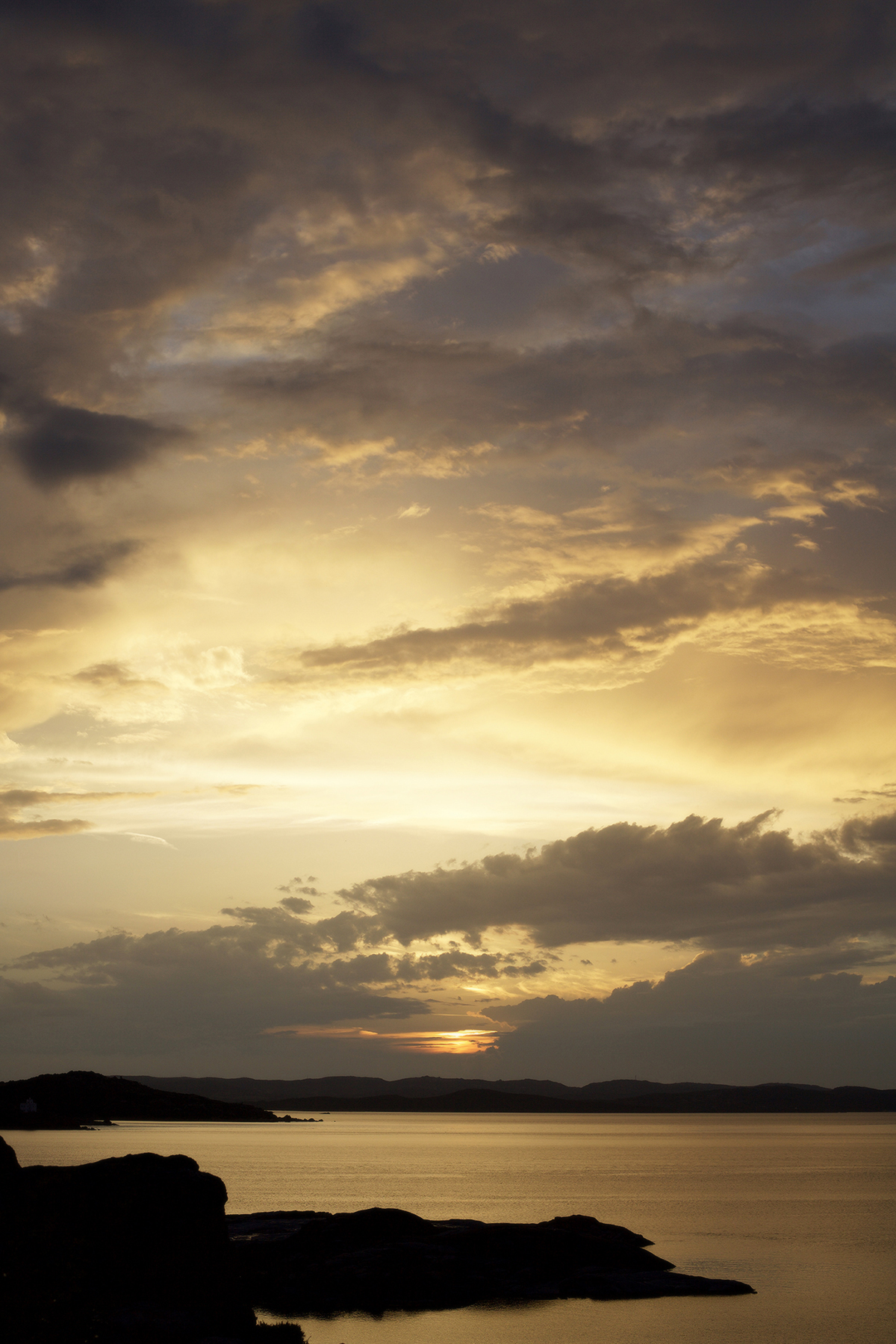 „Just one more week. Then we can relax a little. Then things will calm down a bit. Then we can talk about something other than who can work how much when and how we’re going to organise ourselves around Arlo. The to-do list will get shorter, the calls to the handymen become less frequent, the frozen pizza diet will finally end. Then we won’t have to wash dishes in the shower anymore, because we’ll finally have a damn sink.“

„Just one more week“ had already been going on with a variety of promises for a few months when this holiday came around.

At exactly the wrong time: just a few days after moving house and in the middle of the worst chaos. Which also made it the perfect time to go on holiday. Taking a week out of the calendar – that’s what my mama called it and got it absolutely right. We took a week off together with my parents and my brother and flew to La Maddalena, a small island of the coast of Sardinia that you can circuit in half an hour, even if you don’t go faster than 30mph on the serpentines. You literally have no other choice but to slow down there. 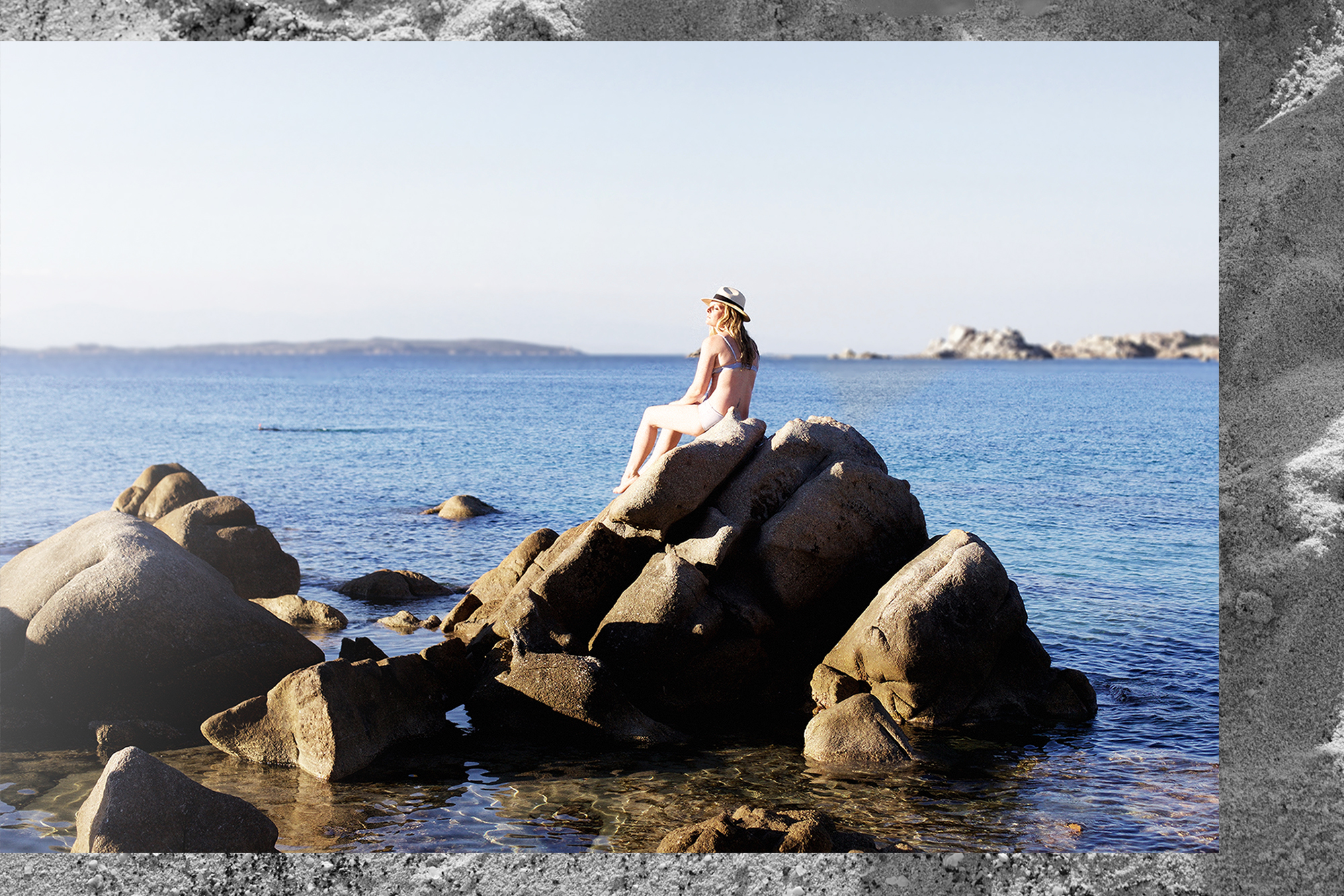 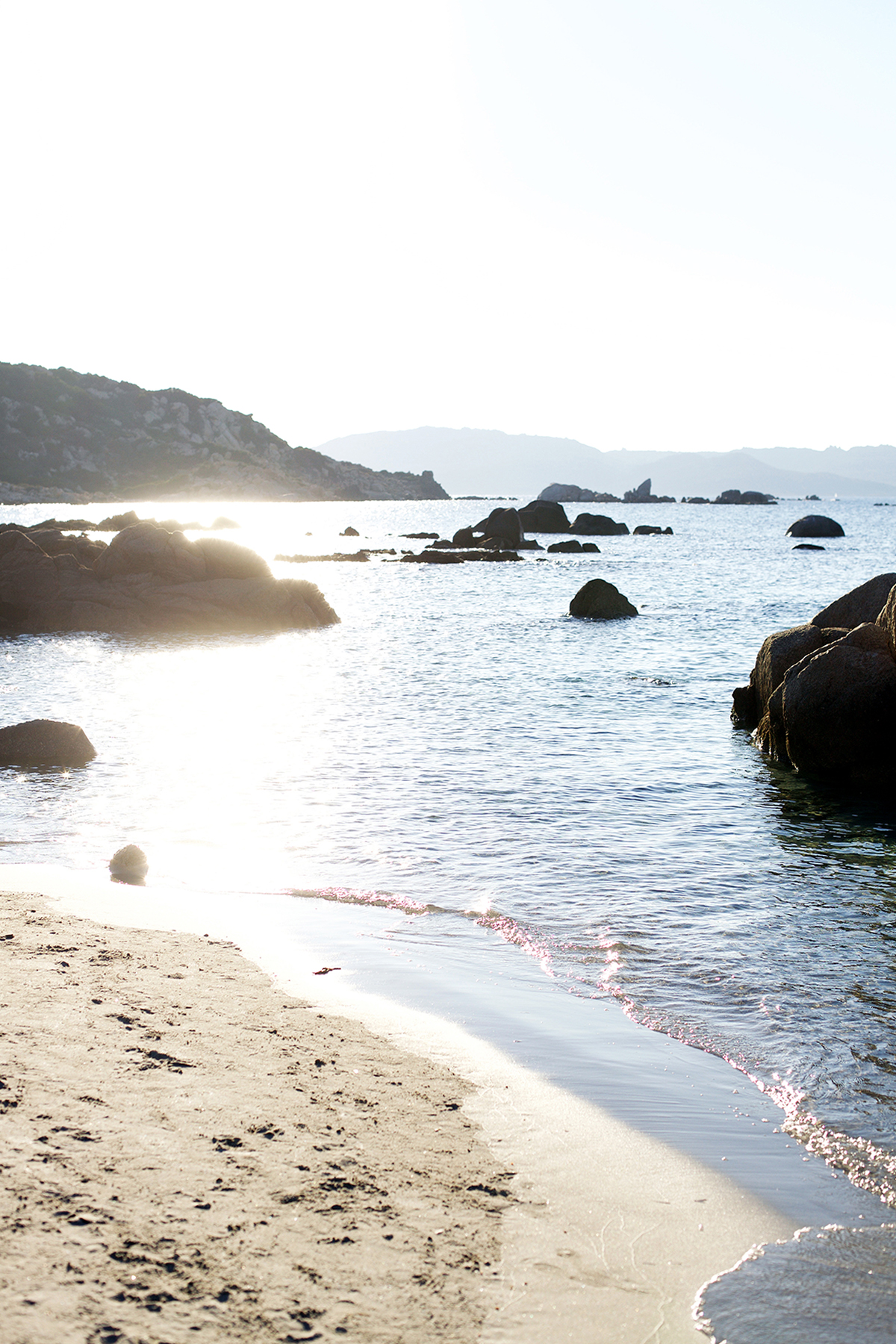 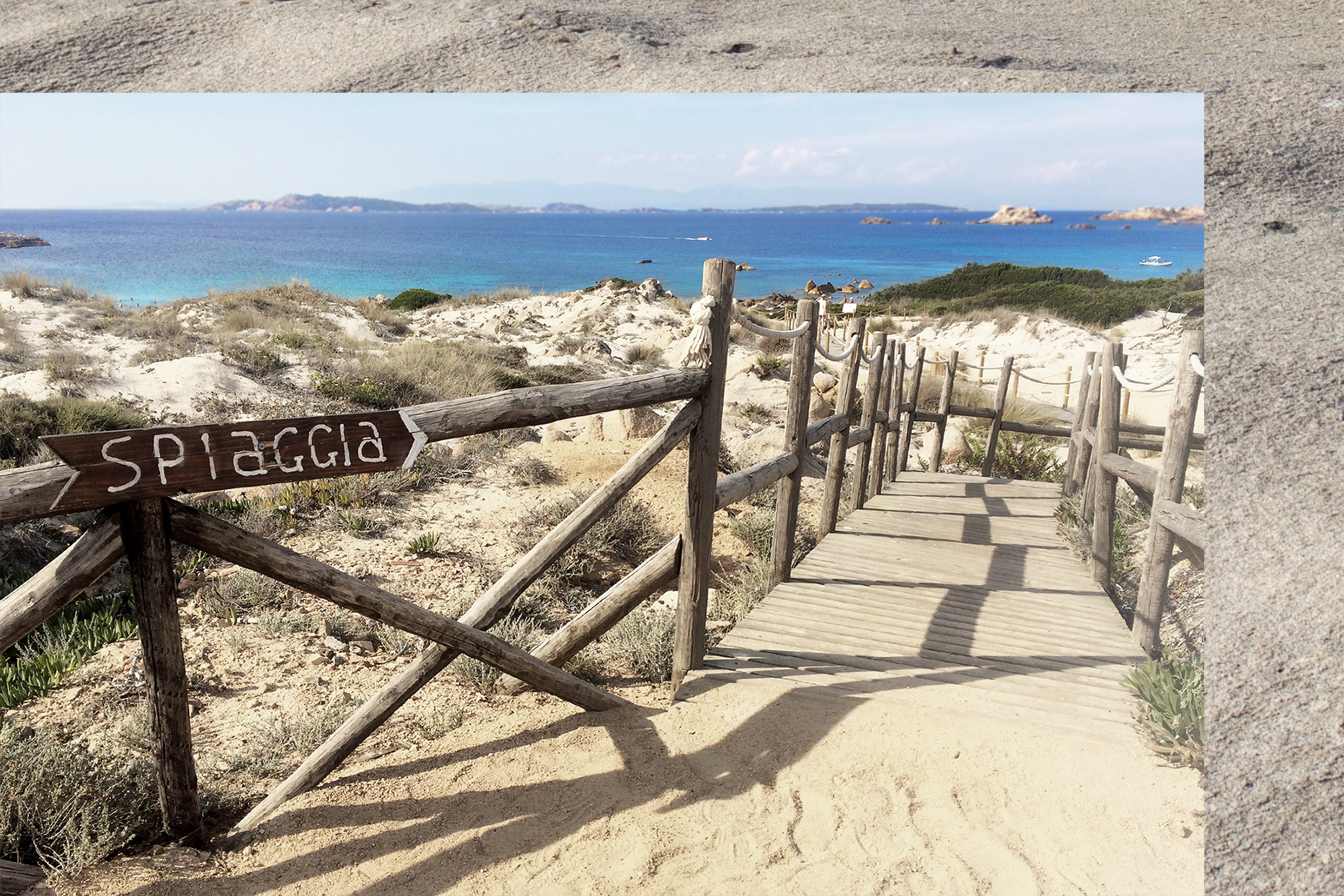 You can do almost nothing on La Maddalena and a whole lot of it. I still wanted to share a few favourite spots on the island. Just in case you want to escape this winter. Or start planning for next summer.

1 | Visit Baia Trinita. A recommendation that came my way through Instagram (and made me love Instagram a little more again): Three beaches in one, with caster sugar sand and caribbean blue water. We went three times and not once were the beaches crowded. Which is perhaps not so surprising because any month besides August is considered low season in Italy, but apparently the island never gets overrun even during high summer. Most tourists visit for a day, as the ferry trip from Palau only takes 20 minutes. So you mostly have an unobstructed view from your beach towel to the yachts that sail by on their way from or to the Costa Smeralda. 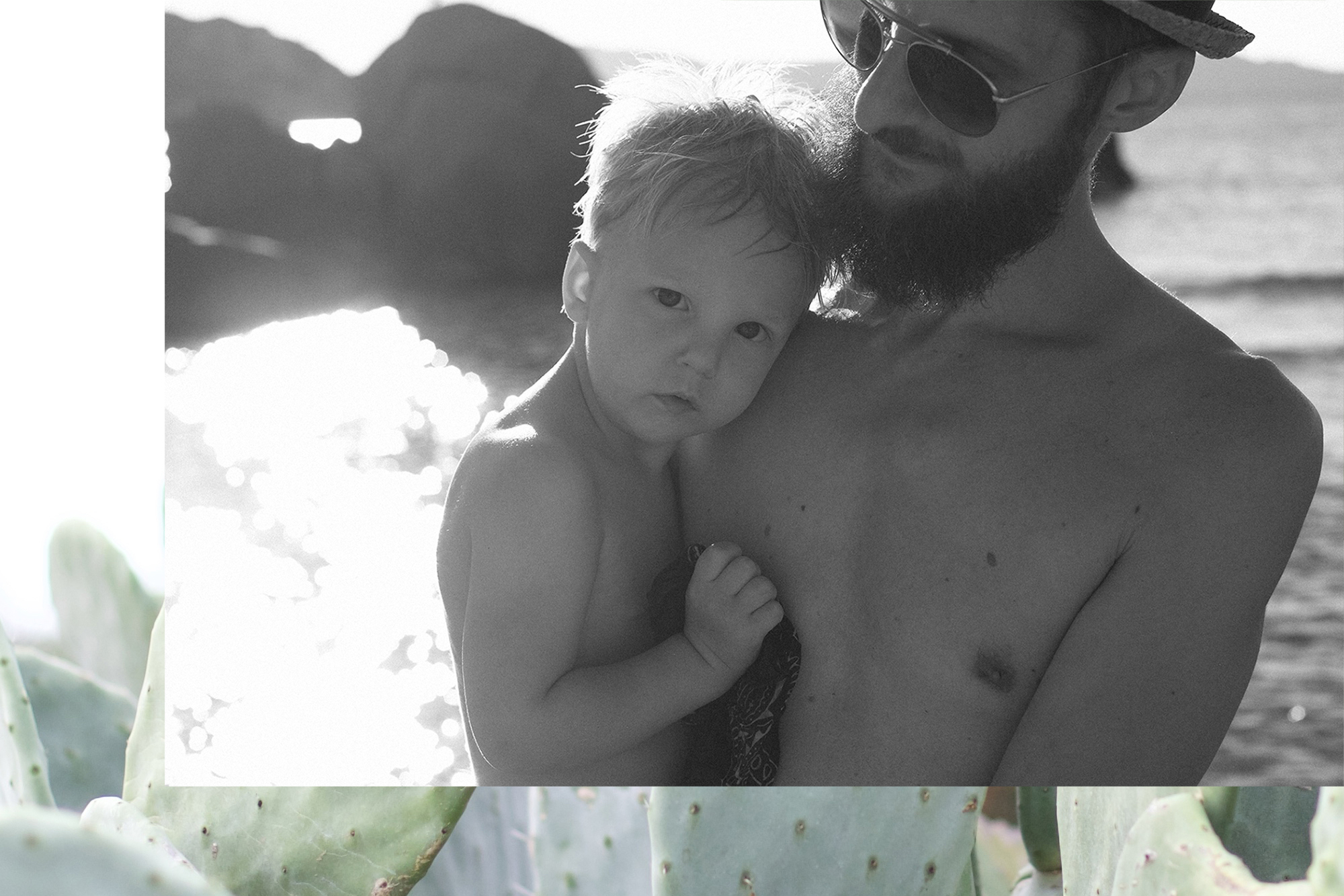 2 | Stroll through the water. Something else I spotted from my beach towel: Small groups of Italian women, either standing knee-deep in the sea or very slowly wading from one end of the beach to the other and back again, gossiping. At least that’s what I think they were doing. Unfortunately I don’t speak Italian. Even so, this form of coffee klatsch was so relaxing just to watch. (Except, if you’re Arlo you don’t stroll through the water, you run at full speed. It’s a miracle I have any pictures of him from this holiday that show him from the front. What we mostly saw of him was a cloud of sand, accompanied by squeals of laughter. This kid is just. so. happy. in. water.) 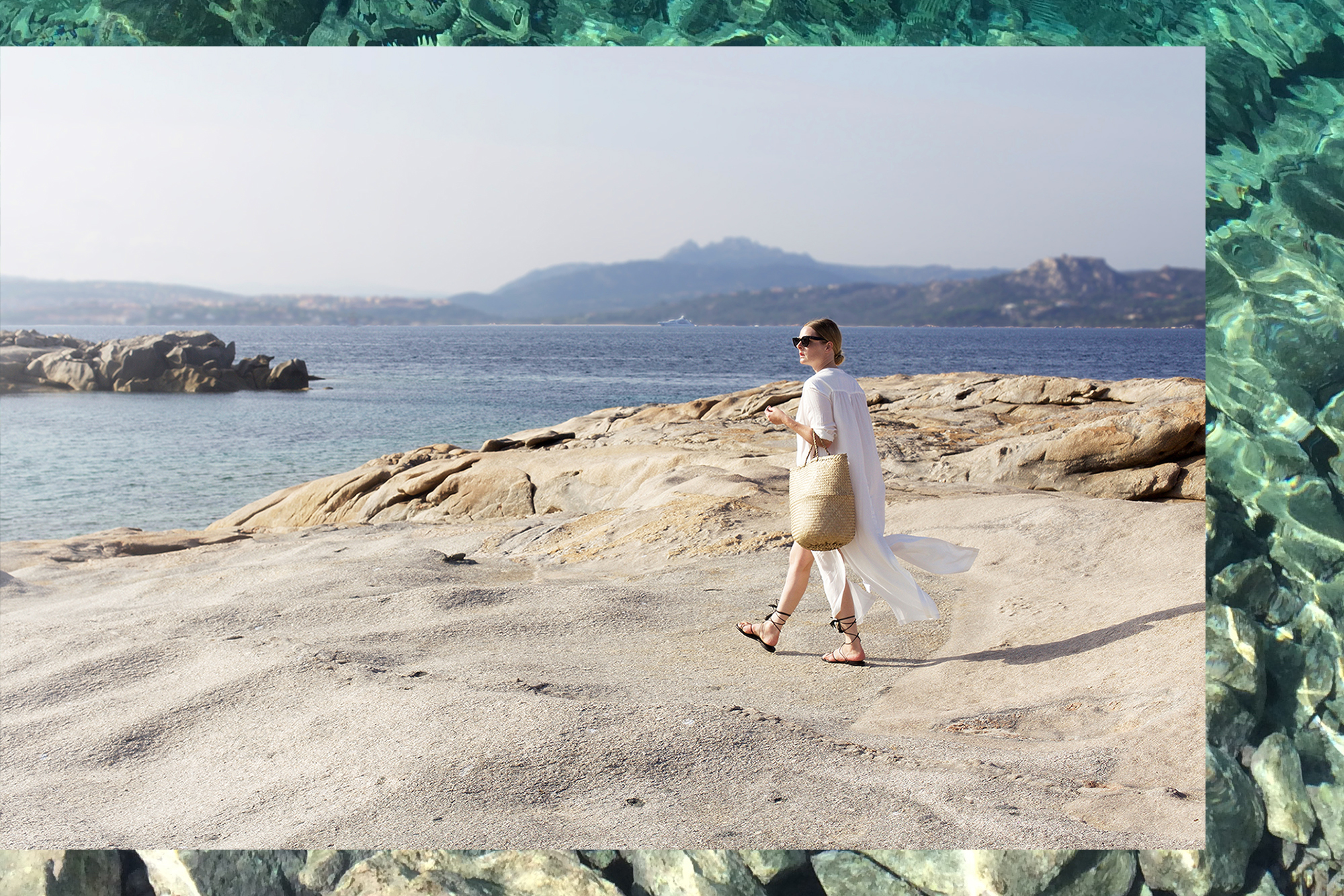 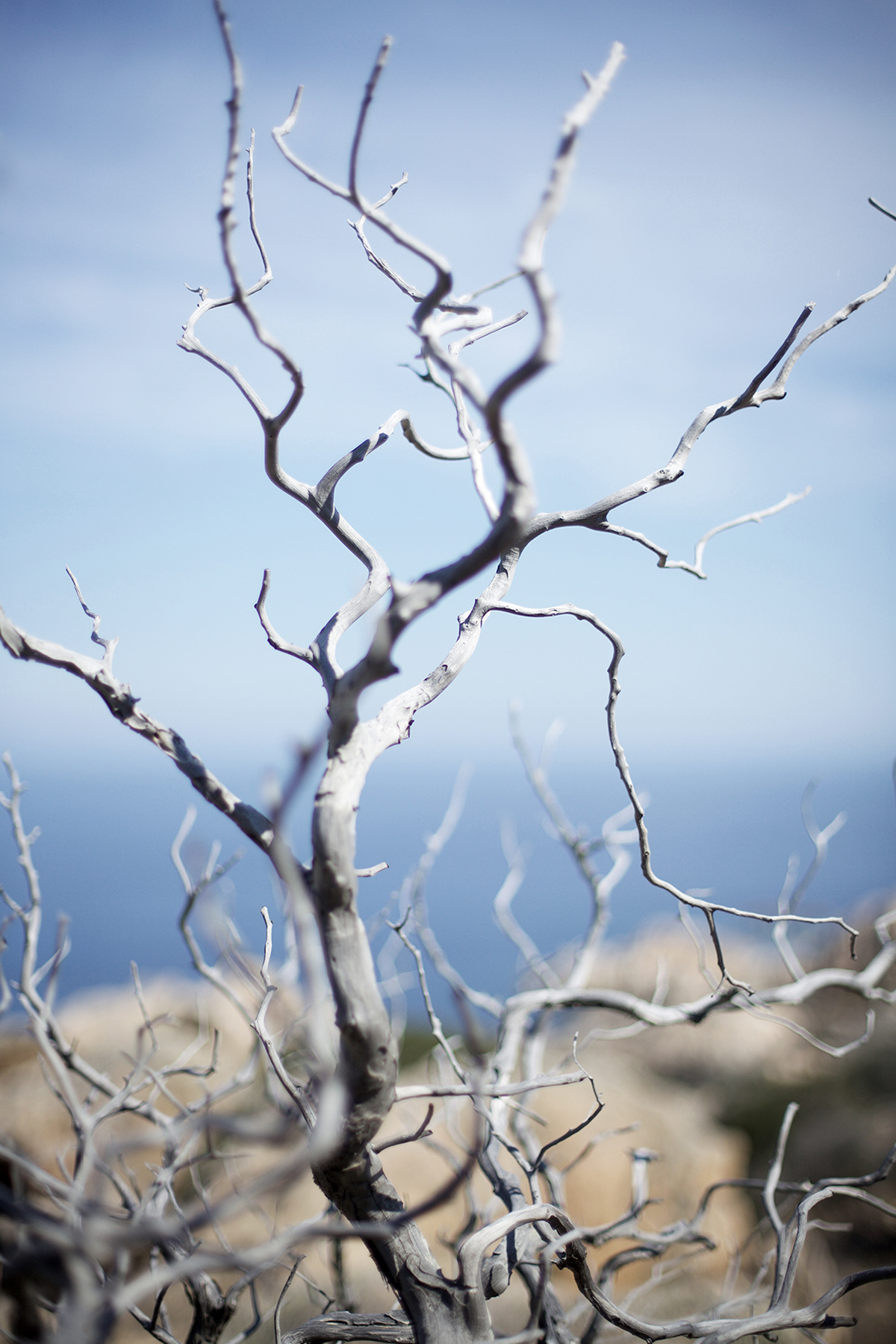 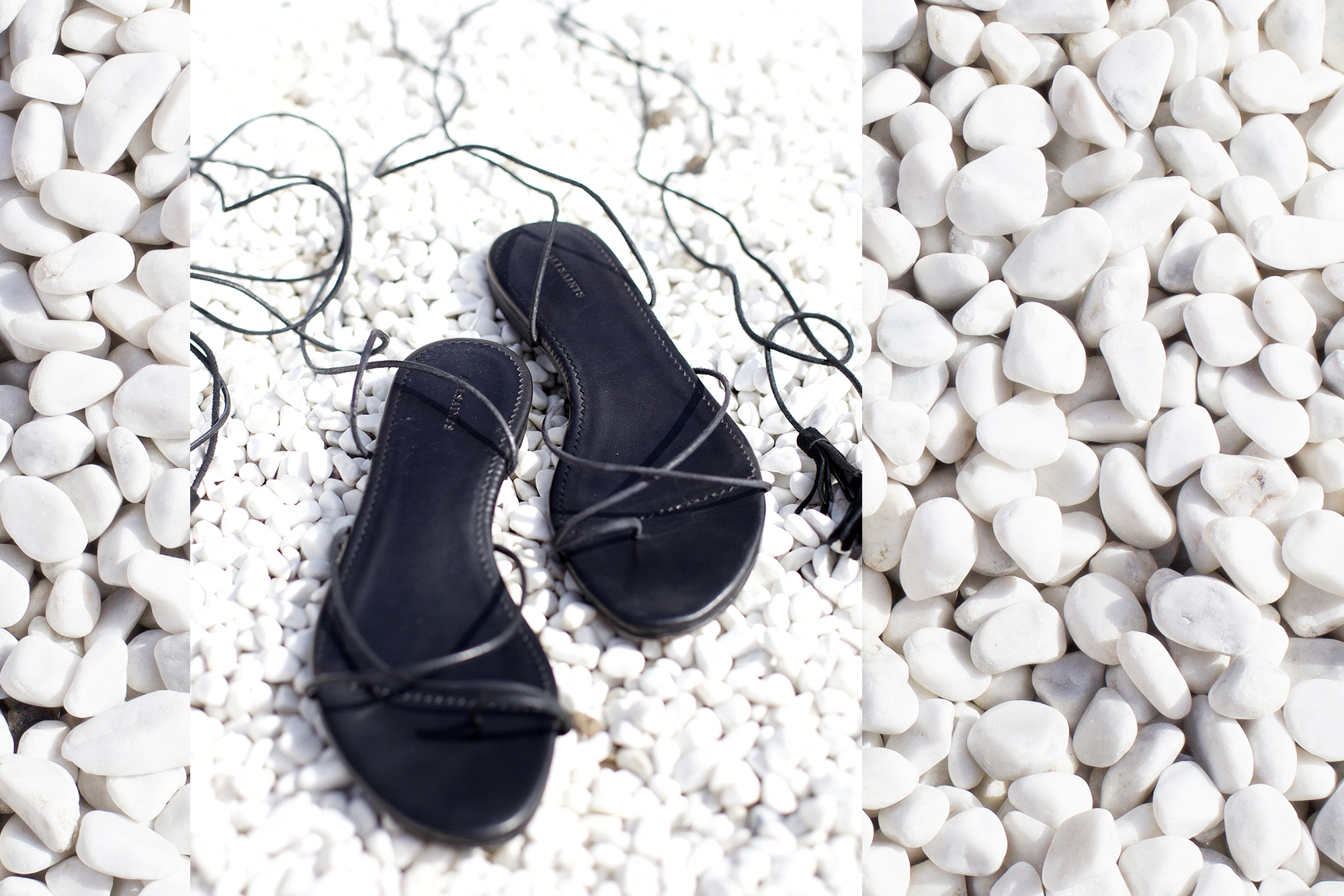 3 | Take a boat trip. If you’re longing for even lonelier beaches, you should visit one of the archipelago’s smaller islands. Budelli is supposed to be the most beautiful island in the Med and Spiaggia Rosa a beach like a Hollywood set. There are a few hiking routes on La Maddalena’s sister island Caprera, which is accessible by bridge, that lead past some truly deserted bays, if you want to go for a dip after or during your hike (and I mean hiking in the loosest sense. I walked those routes in my Chucks without difficulty). 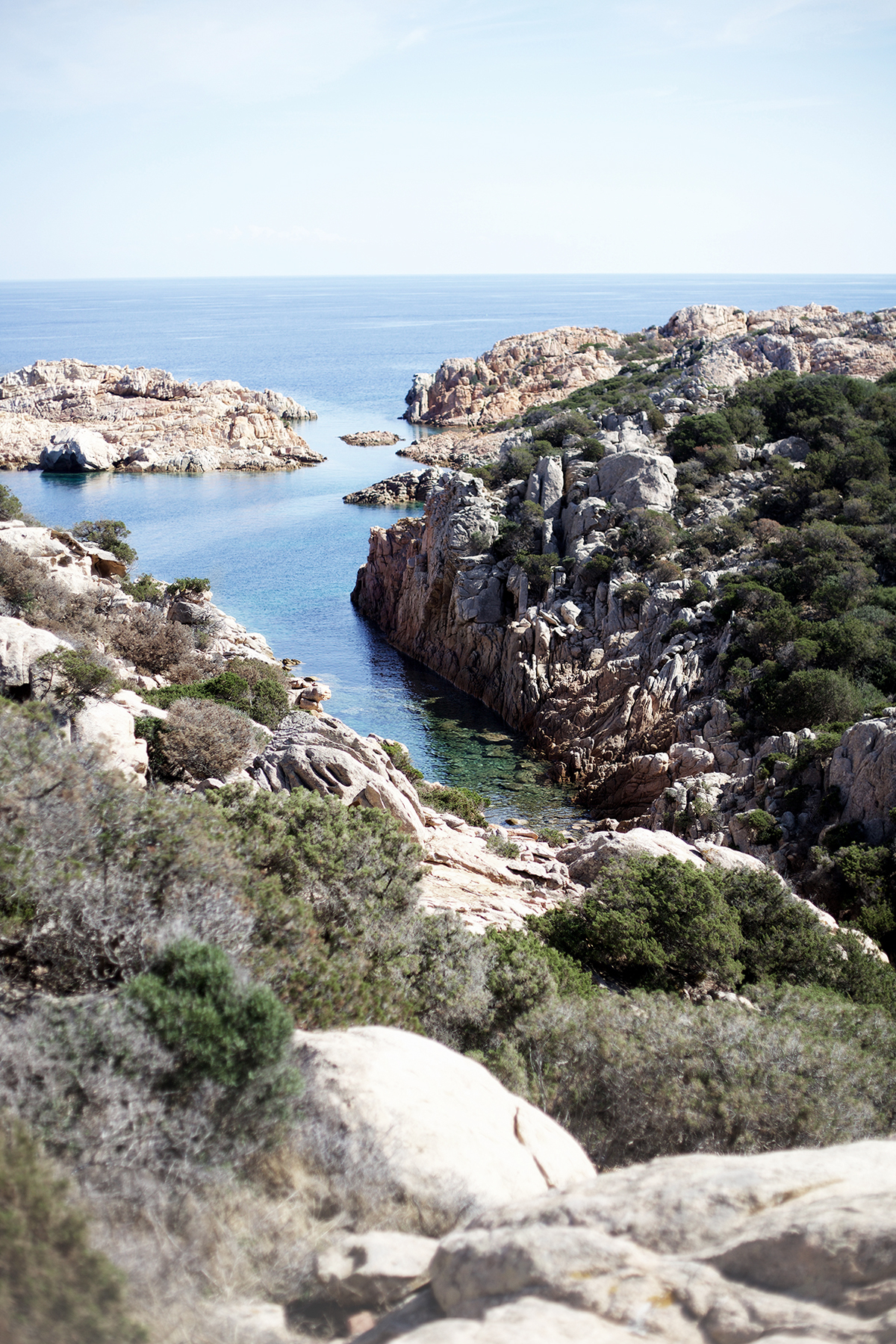 4 | Order something with ricotta. Like the filled sweet orange pastry from Antica officina del dolce (Largo Giacomo Matteotti, 6) that I’m still fantasizing about and not just because we currently still don’t have a functioning kitchen at home. The food in La Maddalena – also the name of the island’s biggest town – was pretty great. Three nice spots: We went for sea food at the charmingly old-fashioned Osteria Lio (Corso Vittorio Emanuele, 4). They put up a bunch of tables in the alleyway behind the restaurant and I’d recommend getting a seat there. Undless you enjoy wantching Serie A football with your meal. We ate ice cream at La Finestrella (Via Amendola, 5). And pizza at Sergent Pepper’s, which really is spelled that way and is not your traditional Italian. But – do I even have to say it? – the pizza was a hundredmillion times better than anything we have in our freezer. 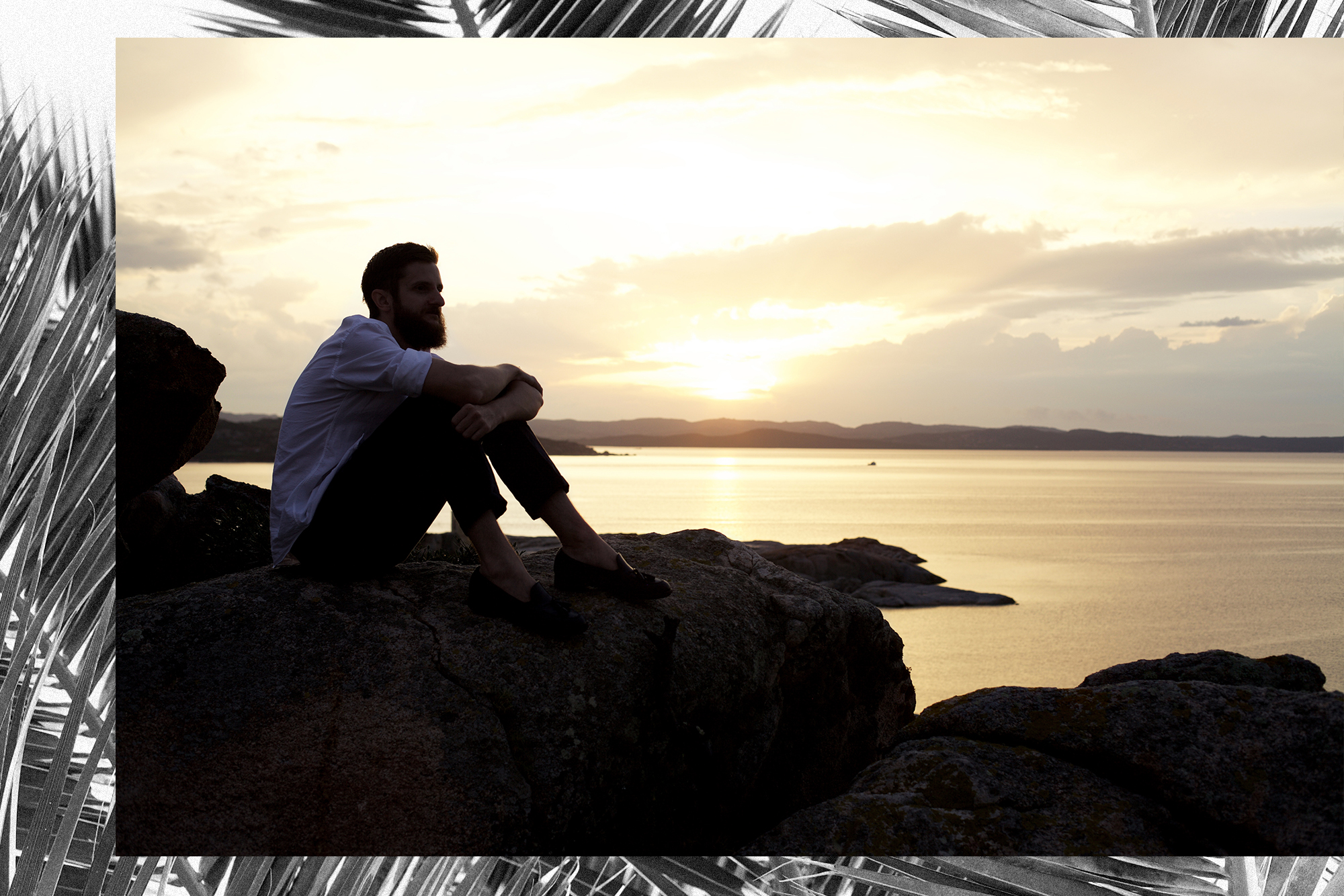